During the party’s annual meeting, Del Duca tossed out the idea of launching a pilot project to ‘analyze the potential for a four-day work week’. Before even getting into the feasibility of such an idea, it’s worth noting at the very least, his comments got people talking about the Liberal party at the provincial level.

If the old cliché of any publicity is good publicity rings true, just being mentioned has to be something of a moral victory for the beleaguered Ontario Grits. If they’re to win back public support following former Premier Kathleen Wynne’s disastrous implosion back in 2018, they’ll have to go big.

Which leads in perfectly to Del Duca’s four-day workweek plan. At first glance the idea sells itself-who wouldn’t want an extended weekend with fewer work days? Like most politicians’ campaign pitches, there’s still much to figure out before it becomes a reality. The upon further contemplation, the more holes start to reveal themselves. A major pillar in this particular, granted still very much hypothetical, platform centres on the idea Ontarians have re-examined their work-life balance in the wake of the pandemic. While it’s true most people would likely share that sentiment, or at least enough people to make up a sizable portion of the voting populace, it’s still a bit of a stretch to say that alone would be enough to bring this dream to a reality.

Things can get a bit murky when it comes to the actual implementation of this new initiative. For many people-this reporter included-working on a weekend is just a given in their particular industry. Retail, food, hospitality, healthcare, emergency services-just to name a very select few, would likely not see a difference if Friday or Monday were somehow deemed part of the weekend.

Much like current Premier Doug Ford’s failed buck-a-beer campaign promise, instituting a four-day work week would likely fall upon employers. Would they be willing to pay salaried employees the same amount for fewer working days? One potential idea is to have employees work longer hours to account for the extra days’ rest.

An intriguing trade off for some, but still one that would ultimately be determined by those who sign the paycheques, not a premier. Of note, a pilot program in Iceland found a four-day workweek without a pay cut did improve workers’ well-being and productivity.

That could provide a boost to the Liberals’ attempt to sell the idea, but once again it relies on employers to shoulder the costs and to accept and trust that the data would transfer to their unique situation. As far as this corner is concerned, while the four-day workweek sounds nice, it seems unlikely to be coming to a province near here anytime soon. But as Ford showed with his loonie brews, sometimes the idea is enough to get people to buy in and can be a jumping off point towards selling the bigger picture and, ultimately, swaying more votes. 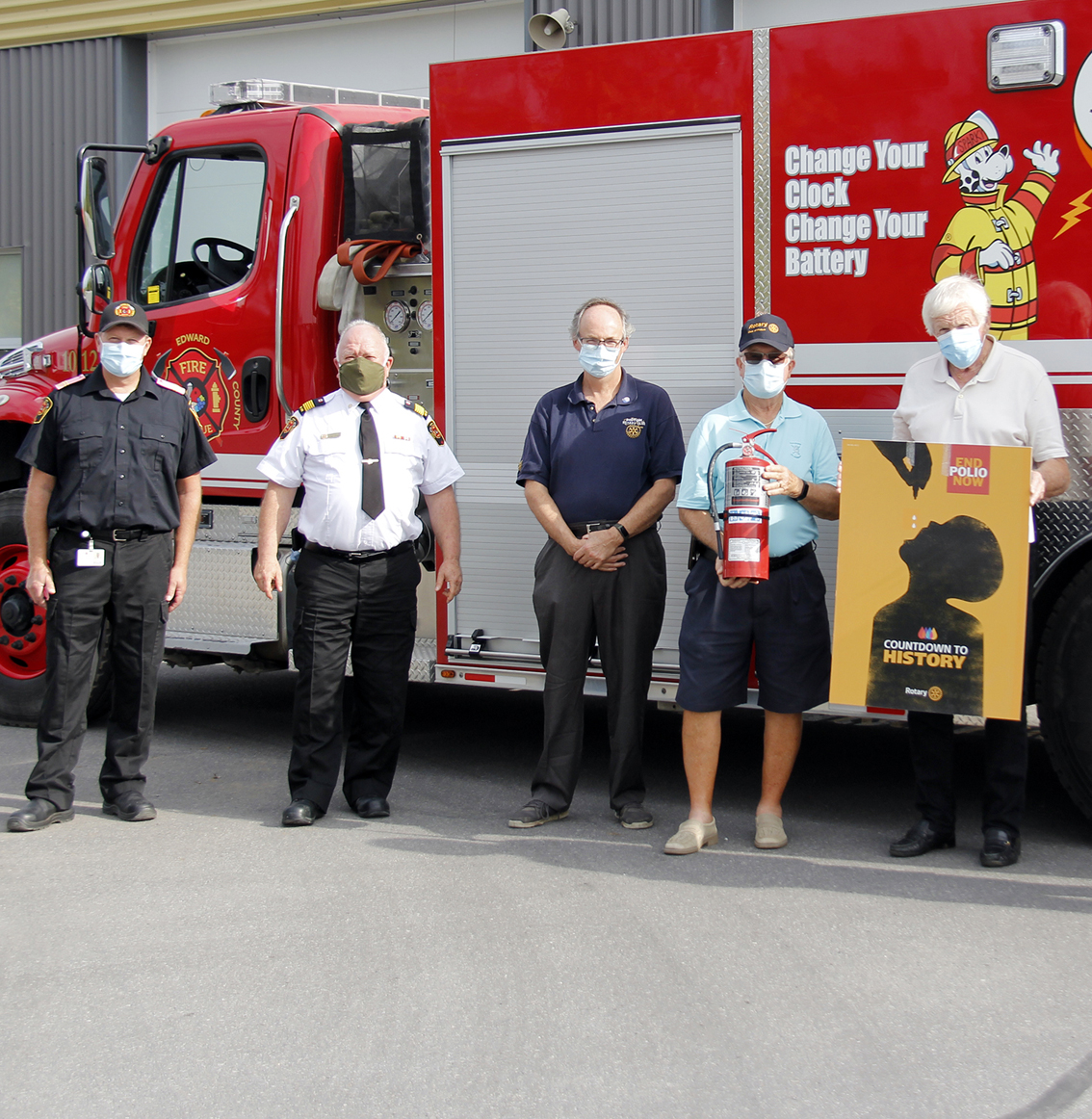 END POLIO NOW – On Saturday, October 30th, the Rotary Club of Picton with the support of the Prince Edward Fire & Rescue will be giving away 75 10 lbs certified fire extinguishers for a donation to Rotary International’s End Polio Now worldwide campaign. The event will run from 9 am to 1 pm at Picton’s Fire & Rescue Station 8 McDonald Drive, Picton, ON. This will be a first come – first served event. Pictured are from left PEF&R’s Greg Gorsline, Chief Robert Rutter and Rotarians Dan Wight, Rick Jones and Bob Bird. (Desirée Decoste/Gazette Staff)