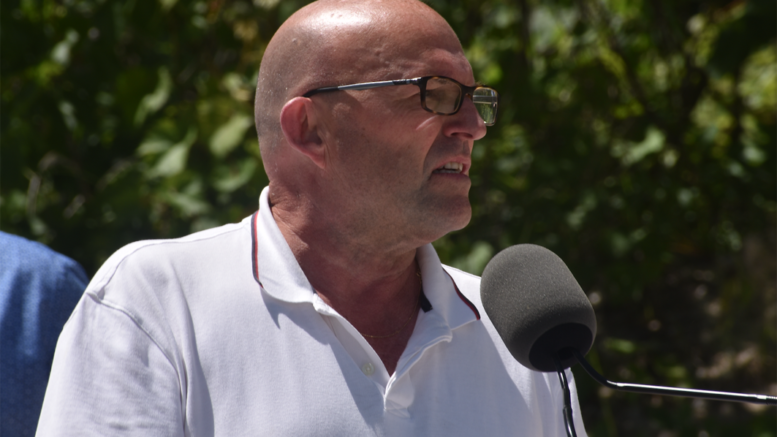 Following a three-hour discussion at Thursday’s Committee of the Whole meeting, council announced six options to ease the affordable and attainable housing situation that could lead to a division of community into “haves and have-nots.”

“We have some difficult decisions to make, but they are decisions that we have to make,” Mayor Steve Ferguson said. “We will have to prioritize some other initiatives and work closely with the housing corporation to develop affordable housing, identify where it should be located so that we are taking care of our own.”

Charles Dowdall, Executive Director of the Prince Edward County Affordable Housing Corporation, provided an in-depth look at the issue during the meeting. He said a review of September housing prices locally shows home listings have increased 93 per cent year after year – 20 per cent above the national average.

Mayor Ferguson spoke on how the housing crisis is impacting the community.

“Cold, hard statistics as to the housing situation are one thing, but the voices of those that are affected are another. I think we – at least those of us on social media – have heard some of those stories. There are many, many, many of them. Business owners can’t find staff for a number of reasons including housing. Businesses trying to recruit top talent, including in the municipality, are being turned down because of the cost of housing or the lack of availability. The lack or the cost of housing is affecting healthcare as well as social services,” he said.

“We will have to take meaningful steps now to begin to address this crisis and also to enable that work to be continued by the next council which by this time next year will have already been elected.”

Dowdall also touched on the future impact on the community if there is not a property inventory of affordable housing.

He said further expansion of the County’s largest economic driver, the tourism industry, is not sustainable with the current housing climate and that the industry is struggling to retain workers due to the lack of housing. He added years of promotion of the industry provided considerable pressures without planning for enough housing infrastructure.

“Now there is that gap and we add the layer of a pandemic on top of it and it has further accentuated that gap to a critical or crisis level,” he said. Council approved the following staff recommendations accompanied by timelines to complete them. However, staff was directed to use any resources necessary to speed up the process.

Option 2 – Council direct staff to review the residential sections of the Zoning By-law as compared to the Ontario Building Code and recommend lowering the minimum requirements. Timeline is estimated at two to three months.

Option 3 – Council direct staff to investigate and recommend a new zone offering more housing creation flexibility to be added to the Zoning By-law, which may include amendments to applicable Secondary Plans. Timeline is estimated at four to six months.

Option 6 – Council directs staff to investigate a program that incentivizes the transition of STAs to long-term rentals. Timeline is estimated to be up to six months.

The fifth option to direct staff to investigate providing forgivable $10,000 income-tested loans funded from the CIP for house purchases under $400,000, and to also investigate the process of updating the current Community Improvement Plan was not approved.

Some councillors around the horseshoe felt it was not applicable because loans do not count as a down-payment on a house and most of the houses in the County are listed above $400,000. According to the report, other considerations were made such as offering fee reductions and rebates to developers funded from the Community Improvement Plan reserve.

“The municipality has already tried this approach with a 50 per cent Development Charge reduction program in place for more than five years which yielded little affordable housing development,” the report stated. “The current Development Charge regime also offers discounted fees for the development of affordable housing. Another option considered was Inclusionary Zoning, mandating that affordable units be included in a plan of subdivision or similar development. This would require approval from the Minister of Municipal Affairs, and the legislative structure directs municipalities to do this through a Community Benefit Charge (a tool better suited to larger cities). Given the process constraints, we do not currently have enough multi residential apartment style developments to make this worthwhile at this time.”