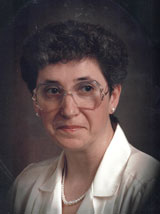 Retired Hairdresser, Picton
Peacefully entered into rest at Prince Edward County Memorial Hospital, Picton on Tuesday, November 2, 2021, Kathy Francis (nee Courtney) of R R 1, Picton died at the age of 68. She was the daughter of the late Stewart & Dorothy Courtney (nee McDonald) and the cherished wife for 46 years to David. Kathy was the loving mother of Derrick and his wife Jessica of Belleville, and Stacey of Picton. She was the cherished grandmother of Matteo, Liam and Bree. Kathy is survived by her sisters Linda Clare (Ken), and Helen Courtney all of Trenton, and Diane VanDusen (Lin) of Edmonton. She is predeceased by her brother Ralph Courtney and she will be fondly remembered by her many nieces and nephews. Mrs. Francis rested at the Rushnell Funeral Home – Picton Chapel, 33 Main Street West, Picton (613-476-2450). In keeping with Kathy’s wishes, cremation has taken place and a Private Family Graveside Service will be held at Cherry Valley Cemetery in the spring. If desired, donations to Alzheimer Society of Hastings-Prince Edward or the Prince Edward County Memorial Hospital Foundation “Back the Build” would be greatly appreciated.