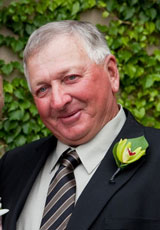 Commercial Fisherman, and Retired Excavator Operator
Entered into rest at his home, on Tuesday, November 2, 2021, Gary Mitchell of Demorestville died at the age of 76. He was the son of the late Harold & Marguerite Mitchell (nee Hallet) and was the beloved husband to the late Marybelle (nee Yarrow). Gary was the loving father of Lisa Minaker of Belleville, Tim & Sandra of R R 2, Picton, and Carrie & Kevin of R R 8, Picton. He was the dearest grandfather of Justin, Jeremy, Jillian, Cassie, Christy, Cory, Natasha, Mitchell and Curtis and step grandfather of Danielle and Adam and great grandfather of Ryder, Dean, Reese, Noah, Mason, Liam and Rowan and step great grandfather of Habel and Emmett. Gary is survived by his brothers Lee & Marjorie of Demorestville, Roger & Linda of Petes Point and he was predeceased by his sister Willis Stapleton, and his brothers Gerald, Stewart, and George. He will be fondly remembered by his many nieces and nephews. Mr. Mitchell rested at the Rushnell Funeral Home – Picton Chapel, 33 Main Street West, Picton (613-476-2450). Funeral Service was held in the Chapel on Saturday, November 6, 2021 at 2 pm with visitation from 1 pm until service time, followed by cremation. Inurnment at Sophiasburgh Cemetery at a later date. If desired, donations to the Prince Edward County Memorial Hospital Foundation or the Heart & Stroke Foundation would be greatly appreciated. Online condolences can be left at: www.rushnellfamilyservices.com