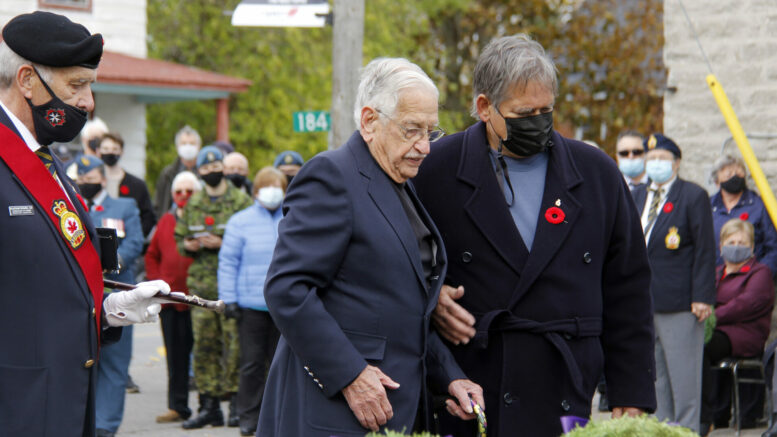 North-end County residents came together in Consecon Thursday to honour those who have fought, fallen and continue to fight to protect our country.

Although it was a windy and chilly day beside the Royal Canadian Legion Branch 509 at the village’s cenotaph, the weather seemed appropriate for the occasion.

With a crowd of about 150, local resident Sandra King laid the Memorial Cross first, also known as the ‘Silver Cross’, before more than two dozen wreaths were laid by various organizations and individuals including local schools, Mayor Steve Ferguson on behalf of the municipality, the Women’s Institute and many others. 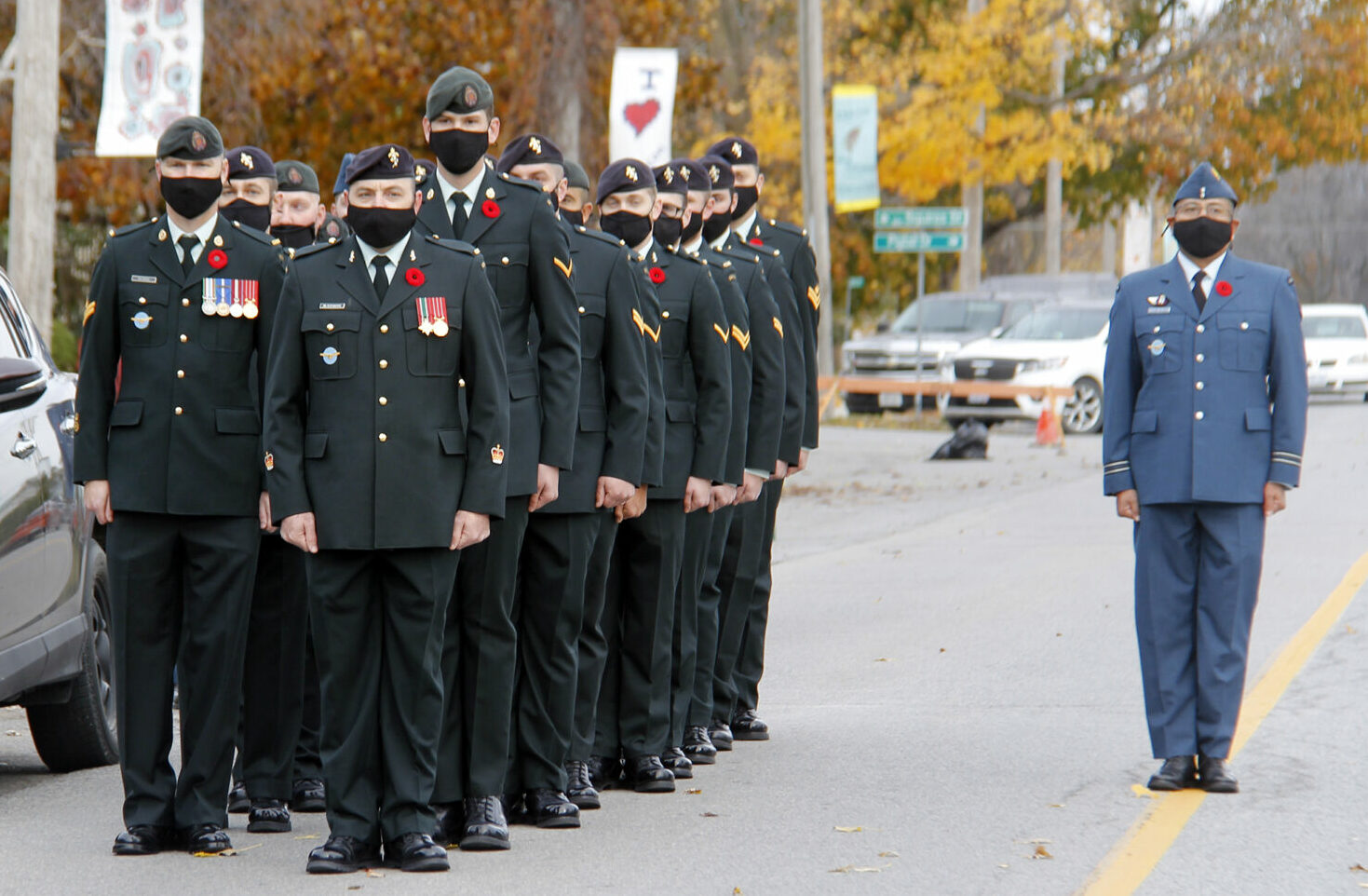 Among those paying their respects Thursday was Wellers Bay resident Joseph Reid. At 101 years of age, the Royal Canadian Navy veteran fought in World War II’s longest continuous military campaign, the Battle of the Atlantic. Reid was aboard destroyers and frigates as they escorted merchant vessels from North America to Britain.

Reid was one of many veterans that are paid homage through a banner program that’s displayed on the streets of Consecon and Mayor Ferguson hopes of starting a new County-wide program next November to further honour our veterans in unison with Remembrance Day.

“At the committee of the whole meeting (Wednesday) I brought forward a motion to staff to bring back to council by the end of June 2022, a program that could be undertaken November of each year to honor our veterans in conjunction with Remembrance Day. I think we need to recognize the service of our veterans in this community in a more significant way. The services in Consecon, Wellington and Picton will occur as they did here in Consecon this (Thursday) morning, but there will be this other opportunity as well, whether its banners or flags or displays but something big.”

Gerard Corriveau, an airforce veteran for 32 years, spoke to The Gazette of how Remembrance Day means the world to him.

“This day means the world to me. I was in the airforce for 32 years and I lost some good friends. It’s hard to describe how you feel about it but its already inside of you and sometimes you can’t get rid of it, you stick with it. I’ve been part of the Legion for 35 years now, which is good, I enjoy it. You meet some old friends you haven’t seen in awhile.”

This year’s Remembrance Day ceremony had no reception following the solemn event due to the pandemic and the size of the Consecon Legion Hall however the bright and blustery conditions allowed an opportunity for participants to converse in person and retell stories of those from the northwest end of Prince Edward County that served their country at home and abroad.