It says here one of the key solutions to Prince Edward County’s largest and most complex problems is compact.

The future of housing in this bucolic ‘burgh is staring County Council and municipal staff in the face if they care to look hard enough.

Tiny homes are not a new fad with an early grandfather of the movement artist Allan Wexler determining he could live with less in the 1970’s. As the average house size in the United States doubled and tripled in square footage through the 1980’s and 90’s, Wexler was starting to examine the benefits of living small and compact a decade prior. Pinterest and regular media coverage dovetailed with the Do-it-Yourself movement has helped propel the tiny home concept of living in small (800 sq. feet) or tiny (400 Sq. feet) into something that’s desired by more than just hipsters or down-sizing seniors.

Small homes aren’t for everyone. They are certainly not for new couples with a design on staying static and starting a family. Take it from a dad of three with a little over 1,200 sq. feet, space is your friend when dealing with modern teenagers. They might not also be right for your established neighbourhood. We can understand the argument against building a tiny home near where two larger family abodes are established.

But the housing rubber is going to have to meet the well-worn Prince Edward County Road at some point and as of right now, the level of current and projected housing stock is not going to be near enough to meet the demands of a vibrant community.

There are some in the community that don’t mind the situation as it is. Selfishly, this corner looks at what was paid for that 1,200 sq foot starter home in 2004 versus what homes are going for now in Prince Edward County and it’s difficult to be glum about the trajectory. There are a lot of folks in this County that are at or near the end of their 25 year mortgage and, as the housing bubble slowly inflates, so does their retirement. I know because I’m one of them.

But what about the kids that have and currently are growing up in my home and other homes like it? What about the teenagers that are too cagey to try to eek out an existence here and have permanently departed for easier paths in far off locales? What about those who couldn’t or wouldn’t make that final trip over one of the bridges?

Tiny home developments could be part of answer to this housing meltdown staring us all in the face. For example, the latest rumbling is Loch Sloy Business Park and the Picton Airport is set to finally change hands in mid-December.

Wouldn’t a 40 unit tiny home development on Airport road amongst the invasive scrub ceders with a communal green space, meeting hall and community gardens be a nice request if the new buyer comes forward to Shire Hall and wants to rezone and develop the property into condos?

This and the Rosseau Road plan floated a number of times by Steve VanDuesen could place a significant dent in the seemingly iron clad armour of escalating housing prices in Prince Edward County. Permitted and encouraged tiny and small housing communities in marginal and low density areas where there will be little push back from the neighbours (if they exist). What a concept. Just maybe there will be enough units in five years to help rebuild a critical mass that stems the employee shortage this community is currently facing.

If anything is going to push County of Prince Edward staff to start adjusting their the building code bylaws and making it far easier for tiny homes, it was their own report at last week’s Committee of the whole meeting that indicated the 2019 pledge by the province to cover roughly 60 to 80 per cent of cost of development of a 160 bed expansion of H.J. McFarland Memorial Home was now at 31 per cent due to the inflated construction and materials costs.

Any available air must have been sucked out of Shire Hall the second this report was emailed down the chain. And that’s the deflating experience anyone with a dream of living in Prince Edward County must feel as the goal posts are moved every six months be they construction costs, housing bubble inflation or both.

The solution for this rather large problem is small. Tiny. 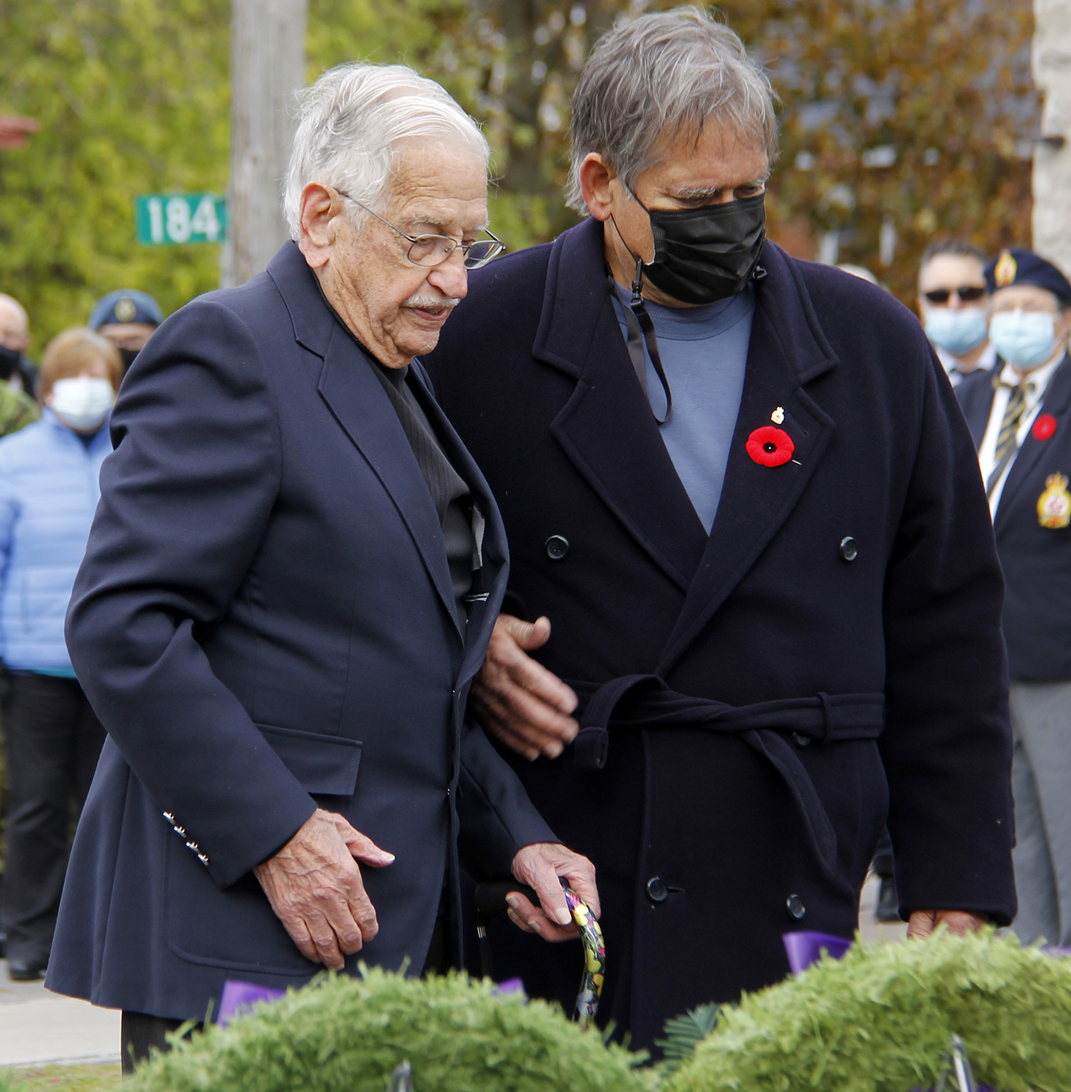 UNDER SAFE ESCORT – Around 200 people took part in the Consecon Legion Branch 509 Remembrance Day ceremonies including 101-year-old Joseph Reid, seen here being assisted by his son Joe Jr. Reid was a member of the Royal Canadian Navy in World War II and served on destroyers that escorted merchant vessels across the ocean duing the Battle of the Atlantic. Reid’s picture along with the photos of several Consecon area veterans on banners affixed to parking light standards are part of the village’s veteran recognition program. (Desirée Decoste/Gazette Staff)