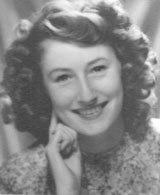 Pearl Margetson (nee Dahlhoff) died peacefully at West Lake Terrace on Sunday, November 21, 2021, in her 98th year. Daughter of the late Herman Dahlhoff and Daisy Tuck. Pearl was predeceased by her husband Ralph (married 69 years), son Michael, and siblings Peter, Patricia, and Paul. She is survived by daughter Pamela, and sons Andrew (Bridget Stevenson), Ernest (Dawn Carleton), and John (Debbie May), and seven grandchildren. Pearl was born May 15, 1924, within earshot of Bow Bells, In London, England, and soon the family moved to Coulsdon, Surrey, not far from Croydon. She had a happy childhood until family life was abruptly disrupted with WWII and the relentless bombing of the Battle of Britain in 1940. Living near the military airport in Croydon, Pearl and her schoolmates were evacuated to Eastbourne, on the south coast to complete school. Soon the south also became too dangerous and they were again evacuated, this time to Wales where she did complete her studies and received her Oxford School Certificate. Shortly after returning home to her parents, in the early evening of a regular day in September 1940, their house encountered a direct hit by a bomb. The family survived but were spilt up to live in different locations for a short time, eventually reunited in a house that Pearl’s brother Peter had purchased in Woodmansterne, Surrey. Pearl would eventually meet Ralph Margetson, stationed in England and training with the Canadian Army Corp., Royal Canadian Artillery. After Ralph returned from the battles in Europe, they were married in England in January 1946. Ralph returned on a troop ship, to his family farm, and Pearl followed six months later, arriving at Peir 21 Halifax as a war bride in September 1946. There they had a long and happy marriage with a rich and rewarding life of farming, loving, and raising a family and working hard and saving. Wasting anything was not ever considered by Pearl. She was known widely by all that were lucky enough to taste her meals, and baking and desserts, especially her ‘Melting Moments’ cookies. Pearl lived the next 75 years on Melville Road, returning to England many times to visit and maintain her strong connections to her family she left. Pearl left her home in October 2021 to spend four weeks at West Lake Terrace Care facility. The family would like to express sincere thanks to all the very caring and dedicated caregivers that touched the final years of Pearl’s life, including Elaine MacDonald and Faith Bartlett. Friends are invited to gather with the family for a Graveside Service at the Christ Church Cemetery, Hillier on Saturday, November 27th at 1:00 p.m. Arrangements entrusted to the Ainsworth Funeral Home, 288 Noxon Avenue, Wellington. Online condolences at www.ainsworthfuneralhome.com