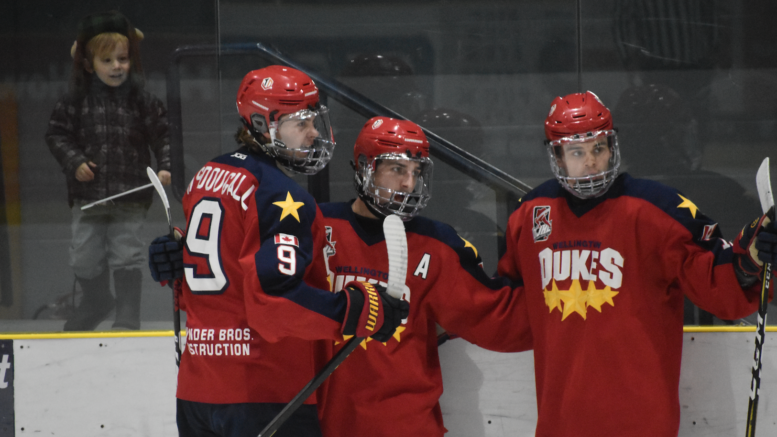 After a rocky ride through the the first part of the 21-22 Ontario Junior Hockey League regular season, the Wellington Dukes(11-8-2) are finding smoother seas and wins are following in the club’s wake

And, according to Dukes bench boss Derek Smith, part of the reason Wellington are winners of four in their last five is attention to detail and a commitment to playing 60 minutes of hockey each time out.

Those might seem like clichés of they highest hockey order but in Wellington’s case, the club has been laser focussed around their own net and when something foul comes the club’s way, there’s a commitment to turning the tide in the very next shift. 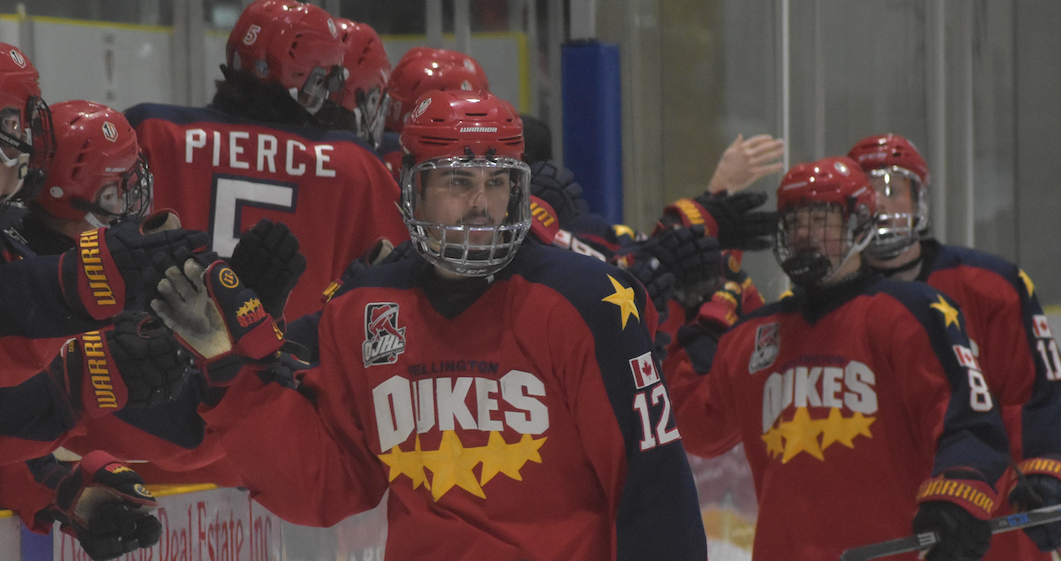 “There’s always going to be highs and lows in every hockey game and the players are understanding that if we score a goal or the opposing team scores, the next shift is a key moment to either maintain or swing momentum and we’ve been doing an outstanding job of that,” Smith told the Gazette.

Case in point was Sunday afternoon at Lehigh Arena where the Dukes were up 1-0  over Lindsay through the halfway point of the first period thanks to an Emmet Pierce goal.

The visitors turned a nice play from behind the goal line off the stick of William Jones who found William Everson in the slot.

But Wellington didn’t wait for something else to go wrong and play timid.

Showing some resolve, Graham Dickerson found David Campbell just under a minute later and Wellington never looked back, taking the lead for good on the goal scorer’s fifth of the campaign.

Afforded a power play in the last two minutes of the first, Jacob Vreugdenhil had a top shelf dagger with 40 seconds left in the stanza to make it 3-1.

The Dukes then used the remaining 40 minutes to lure the Fish into chasing the game en route to a 5-2 win.

Pierce counted on the power play thanks to a Campbell set up in the second.

Everson had his second of the contest at the 9:04 mark of the middle frame but that was all Ethan Morrow would surrender and Pierce would fire home his hat trick effort in the final 10 seconds of the game after Ethan Fraser had vacated the Lindsay net in favour of an extra attacker. 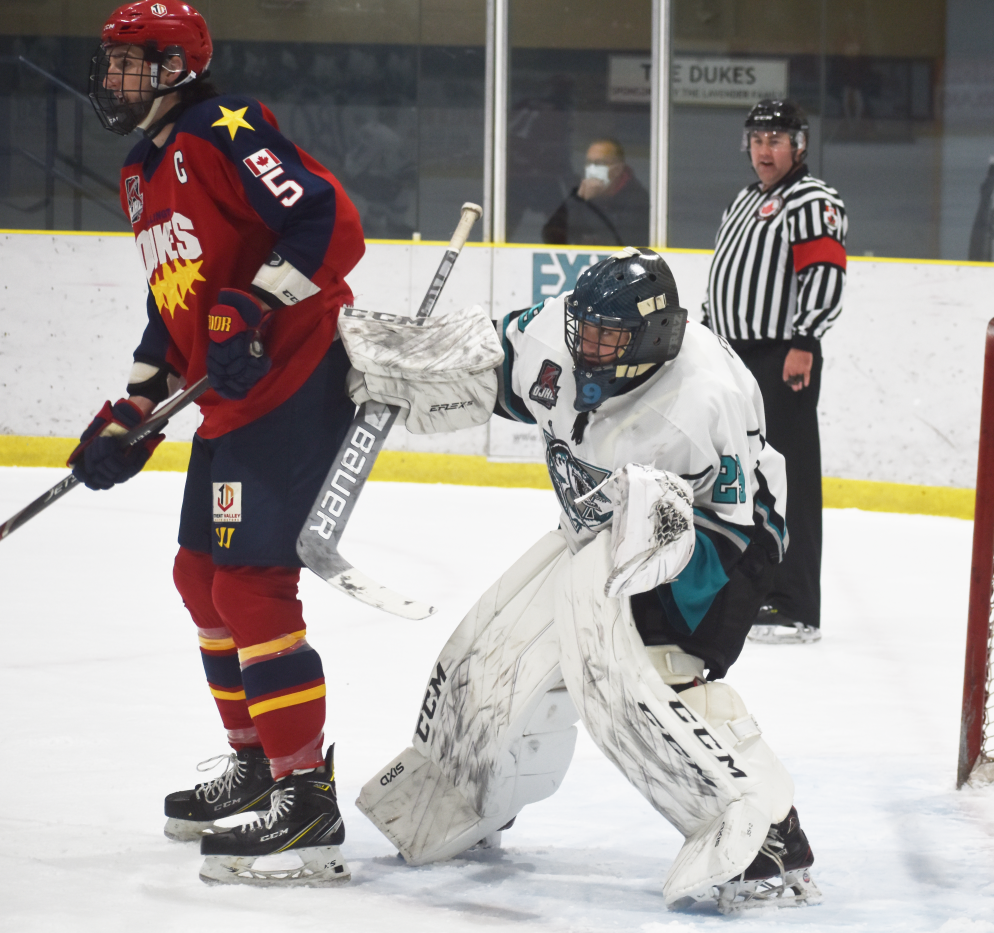 While they might not have started the season in Wellington, Campbell and Dickerson and providing the Dukes with an option 1B when it comes to the clubs earlier source of scoring.

“The work of guys like Vreuggie, Harrison Ballard and Barret Joynt were crucial to the success we had early but the addition of Graham and David have given us a new wrinkle that is giving us all kinds of success,” Smith added.

On Friday, Wellington and starter Matt Dunsmoor held fast for two periods against the visiting Toronto Patriots but did need some late game magic to secure the two points in the offing.

Early in the second, the Dukes got a jolt from 16-year-old freshman Will Mitchell as Mason Reeves set up the rookie from Kingston at 3:21.

Wellington got back into the driver’s seat when Ballard fired home his 10th at 6:13 to put the Dukes ahead.

The back and forth pace of the final frame continued at the 16:23 mark when Crossley Stewart took advntage of a sloppy change at the Wellington bench which incurred a too-many-men whistle.

But Wellington showed some of that aforementioned determination after an opposing goal and it was the captain in Pierce who fired home a winner at 17:38.

Lest the Pats were thinking about an uprising, the Dukes dismantled those designs when Dickerson fired the puck into a vacated Toronto cage with 30 seconds left to make the final 4-2.

Wellington will head to the home of the Muskies on Friday to try and reel the Fish in on back to back games and then host the Haliburton County Huskies on Sunday afternoon.

Smith said urgency and a high compete level will be required to ensure Wellington’s momentum continues.

“Lindsay will be looking for redemption at home and the Huskies have one of the lowest GAA’s in the league so we need to be prepared for that,” Smith said.