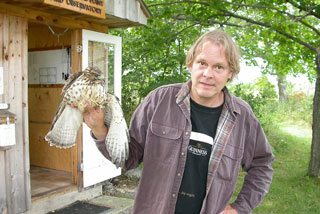 Christopher Kent Keen
July 7, 1950 – November 19, 2021
Suddenly taken from us, Chris is survived by his wife Susan Coles and step-daughter Kathleen O’Gorman. He is deeply missed by his brother Greg, sister Susan, and many cousins in Toronto, Peterborough, and England. Pre-deceased by his parents Douglas and Frances (Kent) Keen. Chris was a prominent figure in the Canadian book industry, working first at the independent and prestigious Albert Britnell Book Shop in Toronto, and later at McClelland and Stewart. Chris displayed many diverse interests throughout his life. His earliest passion was music. He played the double-bass in high school, which his music teacher thrust on him because of his height. Soon after high school, he bought a Hofner bass guitar and joined a local Toronto band, which he played with for a number of years. Enrolling in Victoria College at University of Toronto with plans on becoming a lawyer, Chris couldn’t shake his love of music. He secured a volunteer gig writing music reviews for the student newspaper – the pay was non-existent, but he was happy as a clam being showered with free LPs to review. Having kept the part time job he’d begun as a teenager, sweeping floors and doing other odd jobs at Britnell’s, Chris became more and more interested in the business and changed his career path. He learned the bookselling trade literally from the ground up with Roy Britnell. He subsequently worked closely with son Barry Britnell before managing the store for a number of years for the Britnell family after Barry’s passing. It was at the store where he met his wife, Susan. Chris’s interest in books extended beyond the walls of Britnell’s to include the entire bookselling and book publishing industry. Among other things, he was heavily involved with the Canadian Booksellers Association. After leaving Britnell’s, Chris joined McClelland and Stewart as Director of Sales and Marketing where he worked with such authors as Margaret Atwood, Robertson Davies and Alice Munro. He later moved to VP, Purchasing and Inventory. Chris and Susan eventually left Toronto for South Bay, Prince Edward County, where they made new friends and he maintained his wide range of interests. Chris volunteered on the County’s library board and found a new passion in birds. He kept a record of the bird populations on his property for the Cornell bird count and banded birds at the Prince Edward Point Bird Observatory for many years. Chris’s passion for learning and writing was ever-present. He was interested in local affairs and acquired a reputation as a frequent letter writer to the Picton Gazette. The most prolific and farthest reaching of his writing remains on Wikipedia, which he contributed to as a writer and editor almost daily for the last decade. A small family gathering will be held. Donations would be welcome at Prince Edward Point Bird Observatory in Chris’s memory at
peptbo.ca/ways-to-give. Condolences can be left at directcremationservices.ca.