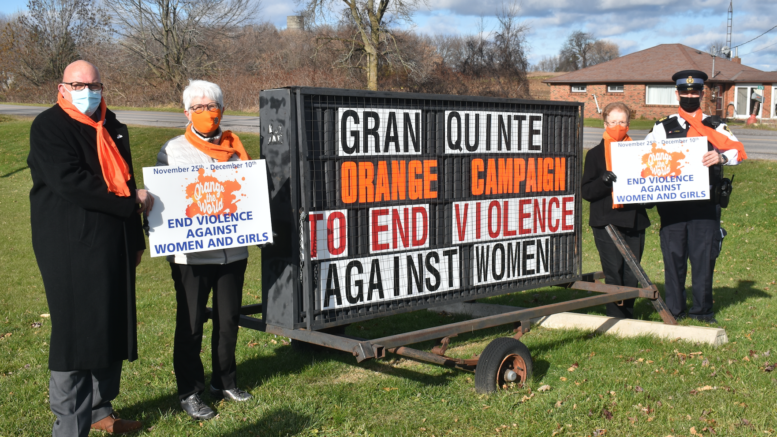 The issue of domestic violence is never far from home. With that in mind, and in light of the United Nations 16 Days of Activism to End Gender-Based Violence, a local activist group GranQuinte has launched the orange campaign to help end violence against women. This campaign begins November 25th and ends December 10th.

To gain insight into the local incidence of domestic violence and an understanding of the steps being taken to combat this insidious societal plague, the Gazette spoke with Leah Morgan, Executive Director of Alternatives for Women (AFW). This is a local non-profit working towards ending violence and abuse against women.

Many may have heard that domestic violence has increased during the pandemic, with women often being isolated at home with their abusers. According to Morgan, Prince Edward County saw a marked increase in this type of violence based on OPP Stats.

“Although our numbers at AFW have decreased since the COVID-19 pandemic, we know that domestic violence has increased. When I asked the PEC OPP for our local stats, they reported a 33 per cent increase in domestic violence calls from March-August 2021. As of the end of October 2021, Femicide in Ontario had increased 64 per cent compared to last year,” noted Morgan. “We have several reasons to believe that the number of women who access our counselling services has decreased because women have been isolated at home with their partners and/or children, making it very difficult to attend counselling appointments.”

Morgan added that, to address this, AFW has adapted their services to provide counselling virtually and are offering clients the equipment they need to access services online.

“We also have a newly designed website with chat function that is monitored by our Violence Against Women Counsellor,” she added.

Despite arguable progress with regards to human rights, violence against women is still a pervasive threat. Morgan provided some insight into the basis of this multi-layered crime.

“I don’t believe that society is accepting of Violence Against Women (VAW), but I do observe a great deal of victim blaming and people often turning a blind eye. VAW is embedded in society and is fueled by harmful gender norms and systemic barriers experienced by abused women,” stated Morgan. “Violence continues to be the greatest gender inequality rights issue for women and girls, and in my opinion, the best way to address this is to raise public awareness and improve social systems that oppress women/victims of abuse.”

In terms of raising awareness of violence against women, Morgan stressed the importance of grassroots initiatives such as GranQuinte or AFW.

“AFW and our sister VAW agencies have a very important role in combating gender-based violence.We provide: 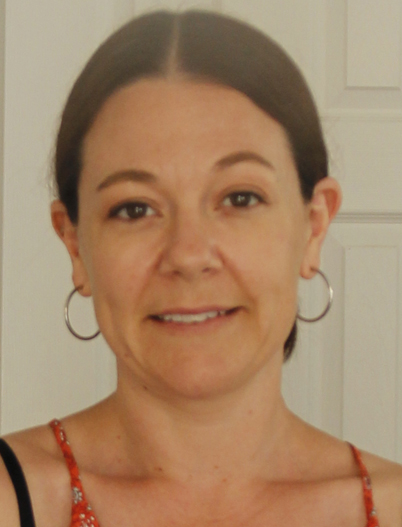 When asked whether she felt the various levels of government had adequate plans in place to treat this issue with the seriousness it deserves, Morgan replied that she believes initiative has been shown. She also noted more could be done to combat issues, such as affordable housing, that directly impact women in abusive relationships.

“All levels of government have shown initiative in combating gender-based violence, which was reflected in the most recent federal and provincial budgets,” noted Morgan. “With that being said, safe and affordable housing is one of the biggest barriers for women fleeing abuse. Our Second Stage Shelter units are not funded, leaving us to rely heavily on fundraising, grants and donations. Stabilized funding for Second Stage / Transitional Housing would ensure that women and children fleeing violent homes have a safe place to start over.”

In speaking to the United Nations 16 days of activisim to end violence against women, Morgan stated AFW is extremely supportive of this global campaign. She further iterated that they plan to share social media posts and promote the work of GranQuinte in any way possible.

November, added Morgan, is also an important month provincewide as it is Women Abuse Prevention Month.

“November is Woman Abuse Prevention Month in Ontario, and AFW supports the provincial Wrapped in Courage Campaign. This campaign also raises awareness of gender-based violence and supports the efforts being made locally to end Violence Against Women. A purple Wrapped in Courage flag will be raised at Shire Hall on Nov. 25th, and I’ve been told this campaign will also be mentioned during Mayor Steve Feguson’s proclamation.”

For more information about the Wrapped in Courage Campaign, please see www.wrappedincourage.ca.

Morgan also pointed out that December 6th marks the annual vigil hosted by AFW at the Picton Cenotaph to honour the victims of the 1989 Montreal Massacre at École Polytechnique, as well as the women and children who lost their lives to senseless acts of violence in Ontario this year.

More information about these and other events/campaigns that AFW is involved with can be found on their website: www.alternativesforwomen.ca