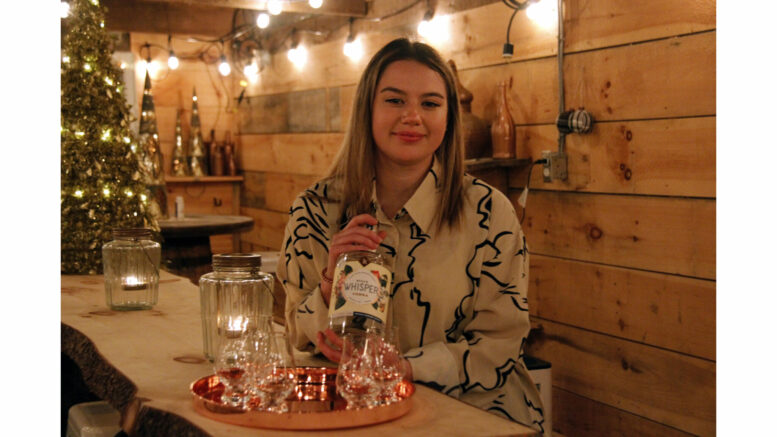 At Kinsip’s House Of Fine Spirits in Bloomfield last week, Still’s Whisper, a start-to-finish wheat vodka developed by a female distiller was released.

Carley Wiwczaruk, the woman behind the new line of vodka, started at the distillery by helping with labeling and maintenance. One day her boss and operations manager at Kinsip Frank van Sertima inspired Wiwczaruk  to go beyond that role and start producing her own product. 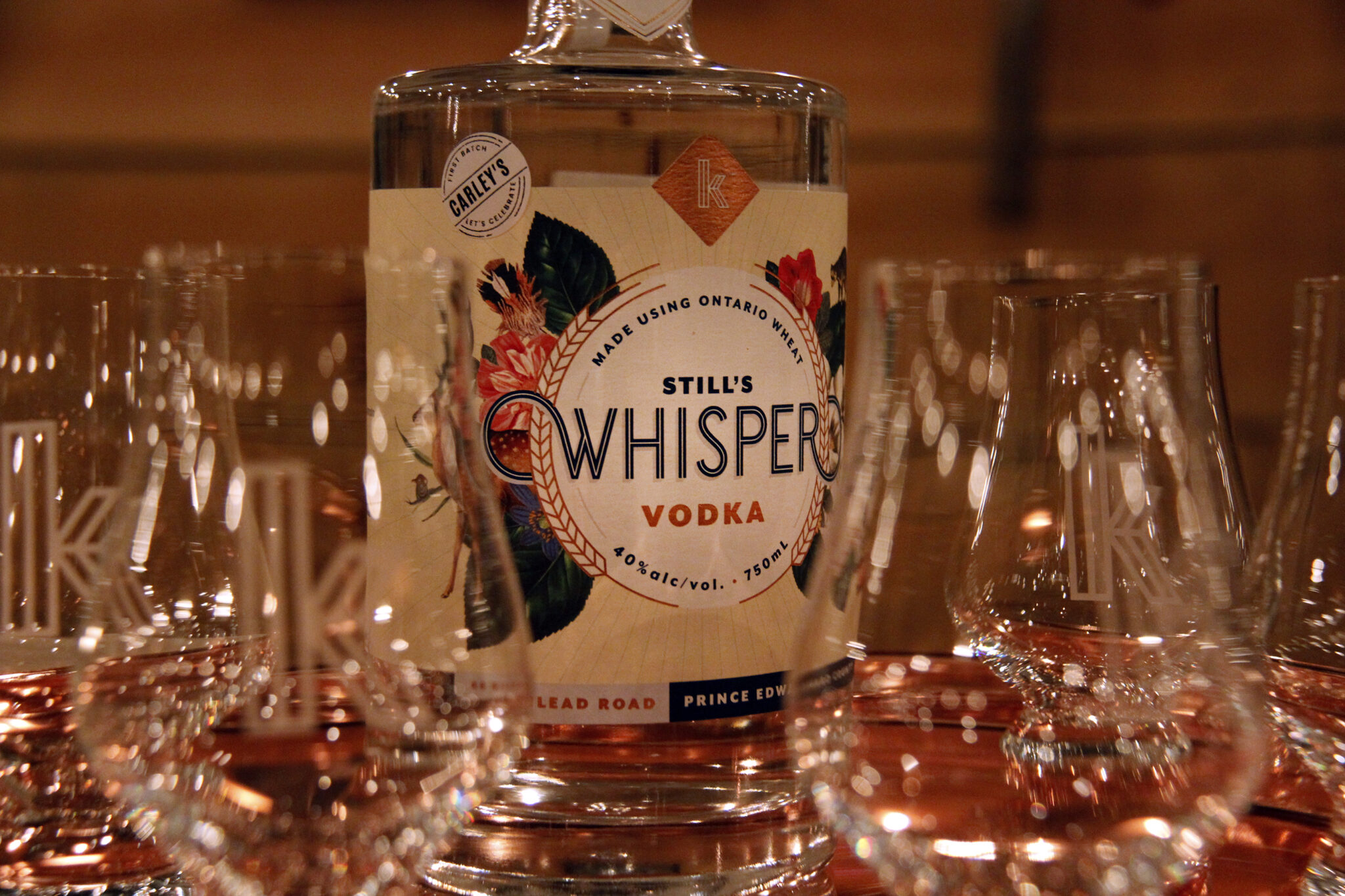 “It’s a little bit surreal,” Wiwczaruk expressed. “I’ve been in the alcohol industry before this and I really wanted to get into making it instead of selling it so when I finally had an opportunity through Frank to develop my own, it was insane. He just kept pushing me to make it and it’s very surreal to have my first bottle out.”

The vodka, which is triple distilled and then charcoal filtered, is the first run of vodka Wiwczaruk has ever crafted.

“It has a nice vanilla flavour and a bit of citrus in it too,” added Wiwczaruk. “It’s just really nice and smooth.”

The wheat used in the process is grown on nearby acrage and allows the product to be labeled as ‘estate vodka’.

Due to the requirements and floods of commercially avaiable brands, estate vodkas are very few and far between. Kinsip may likely be the only spirits producer selling Estate Vodka at this current time.

Co-owner of Kinsip Maria Hristova was present for the celebration and expressed her excitement for Wiwczaruk and Kinsip.

“It’s a big day for us,” Hristova said to The Gazette. “Carley who is one of our assistant distillers, this is the first time we get to release a batch of her fully distilled end-to-end product which is unique for us because we don’t have that many distillers, Carley is our third, but also there is so few women distillers in the industry and so kind of a big celebration moment for us!”

Hristova then explained how diversity is one of the most important core values at the family owned business of Kinsip.

“We have women kind of at every step of our process,” stated Hristova. “So we have women who are from the distilling backside of things, to retail sales, we have women who sit of our board so we have a gender balanced board as well, which is quite unique. So for us this is very important to support women in this field. And there has obviously been women in the wine and beer and I think that spirits is kind of the last bastion of the all-boys-club, so this is a really big moment for us!”