Every once in awhile politicians will catch us off guard by putting theatrics aside to do the right thing. Such was the case last week when Canada’s Conservative MPs crossed party lines to fast track the Liberal’s Bill C-4-a bill to ban the widely discredited practice of conversion therapy aimed at altering one’s sexual orientation. After the motion to fast track the bill was passed, Liberals and Conservatives walked across the floor of the Commons to shake hands to celebrate the occasion.

The passing of the bill is a major step towards making it illegal to cause another person to undergo conversion therapy in an attempt to change their sexual orientation to heterosexual, to change an individual’s gender identity to cisgender or to change their gender expression to match the sex they were assigned at birth. Just about any reputable doctor has condemned the practice, which often leads to depression, anxiety and in extreme cases, suicide, particularly among minors.

Conservative support for the bill marked a stark contrast to just over a year ago when they raised objections to the language involved with the proposed bill. Their resistance, coupled with Justin Trudeau triggering an early election, allowed the bill to temporarily fall to the wayside. Fortunately the second attempt went through with little resistance-a great example of what can happen when politicians are willing to do what’s right.

Bill C-4 (at one point known as Bill C-8) has a dubious connection to the Quinte area as in June 2020 then Hastings-Lennox and Addington Conservative MP Derek Sloan used it as an opportunity to generate headlines, declaring the bill to be ‘child abuse’. Those comments, made just months after his ill-fated tweet questioning Dr. Theresa Tam’s loyalties to Canada, opened a lot of people’s eyes within the riding as to just how unqualified Sloan was for the job. Six months later his party finally caught on and he was ejected from the Conservative caucus.

Not before he finished in fourth in the Conservative leadership party as they replaced Andrew Scheer. The same Scheer who was on record as stating he didn’t recognize same sex marriage.

For her part, Hastings-Lennox and Addington’s current MP Shelby Kramp-Neuman re-tweeted a post that called the Conservative support for Bill C-4 as fantastic, a good indication the days of the local MP embarrassing the region on a national level are behind us.

Closer to Picton, Bay of Quinte MP Ryan Williams tweeted the motion was a “no brainer” and the unanimous motion was a great chance to see the Chamber come together.

Fast forward to December 2021 and there’s been a noticeable shift in the Conservative Party, now more willing to appear as an ally to the LGBQT+ community. The cynical will point to the last two elections as a major driving factor behind the shift. And there may be some merit there as the Conservatives appear stuck in neutral as it were, struggling to pick up the necessary votes needed to get any closer to forming government. On the other hand, there’s something to be said for listening to what Canadians want and taking the steps to make it happen.

Particularly in a case such as this where people can now feel free to be who they really are.

Adam Prudhomme is the Managing Editor of the Napanee Beaver 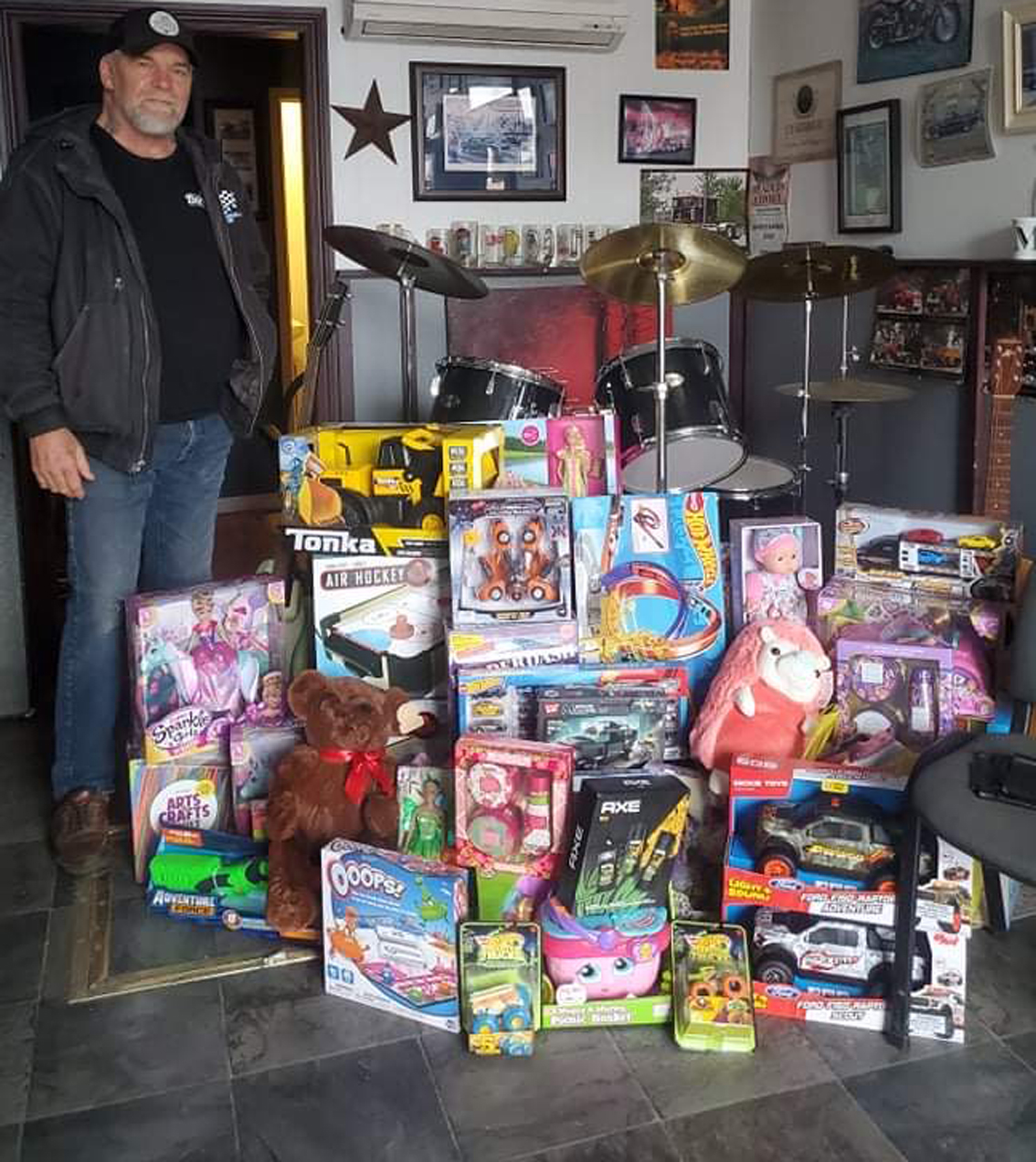 Special Delivery – Mark Redmond of Mark’s Barbershop in Picton has been collecting new toys for the Salvation Army and Children’s Foundation CAS Angel Tree programs and will continue to do so for the next two weeks. Those wishing to support either program can drop off an unwrapped gift at 66 Main St. . (Submitted Photo)