As a preface to the 2021 Capital Budget deliberations, Dr Anne Nancekievill delivered a sobering deputation to Prince Edward County Council regarding the importance of recruiting and retaining physicians.

Nancekievill is a family physician in the Prince Edward Family Health Team (PEFHT), Medical Director of H.J. McFarland Memorial Home and Associate Professor at Queen’s University Department of Family Medicine. As well, she sits on the physician recruitment and retention task force.

In her deputation, Nancekievill noted PEFHT consists of 23 doctors, office staff and allied health practitioners who service at least 23,000 patients annually. That number increases when considering patients that are visitors. PEFHT was formed as a non-profit in 2006

Nancekievill stated it is far from abnormal for a rural area to face challenges with regards to physician recruitment. However, pointing to the number of those in the county without a family doctor, she illustrated a situation that is veering into the realm of crisis.

“Recruitment challenges in rural communities are not new. 18 per cent of the Canadian population lives in rural and remote communities whereas only 8 per cent of family doctors live in these areas. Right now, almost 9000 people who live in the Hastings and Prince Edward Region are listed as needing a family doctor,” stated Nancekievill. “Of these, almost 850 live in the county. We assume this number is under reported mainly due to the fact a lot of people who have moved here are afraid to give up their family doctor elsewhere, so they continue to seek care in urban areas. This is not sustainable, especially as our population ages. They will need more care.”

Speaking to some of the challenges faced by doctors in the region, Nancekievill described a worsening situation on the precipice of becoming dire with the anticipated departure of several doctors currently practicing in the county. 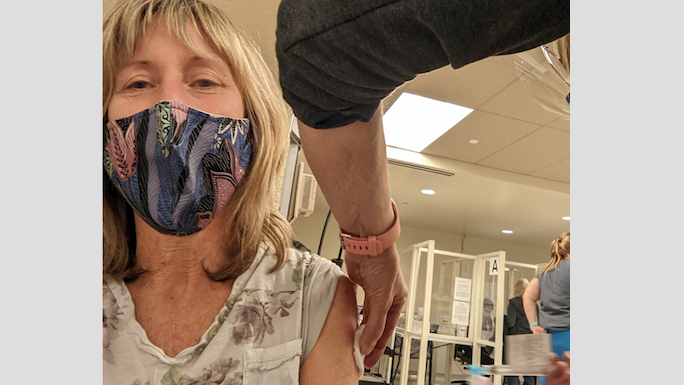 “In rural areas we do not have the same access to specialty services and programs that our urban colleagues do. This means we have to wear a lot of hats,” she emphasized. “We not only see patients in our clinics, we also run and staff the hospital emergency room department.”

Among other duties that fall to local physicians are palliative services, house calls, and fulfilling the role of long-term care directors in long term care homes.

Apart from the many hats local doctors must wear, Nancekievill described a complex patient roster, in part due to an aging population.

Gone are the days, she explained, of doctors who worked around the clock with a poor work life balance.

“Some of our physicians have a large roster-a lot of patients they care for- while newer graduates may find that daunting and understandably so. They’re gaining their skills and coming to a position where they have to do more work, cover more complex patients, and cover the emergency department etc. We are not able to cover the same number of people as our established physicians. There is now more of an emphasis on balancing life and work.”

Anticipating a doctor shortage, the municipality and PEFHT joined forces in 2018 to try and recruit more doctors to the area. As Nancekievill pointed out, this had been relatively successful, until recently.

“We’ve been successful, combined with the appeal of the county, “We have now recruited 12 physicians since 2018. We have a total number of 23. No more.”

While in the future, she asserted there will need to be an emphasis on gaining a larger number of doctors in the area, Nancekievill stressed the current issue is that very soon the county will have a serious doctor shortage.

“We have five (doctors) that are leaving and we have one spot that’s already open because we have lost a physician this year,” iterated Nancekievill. “Over the next four years we’ve had another five physicians indicate they’re retiring. I think that number may be more looking at the age of some.”

In speaking to council, Nancekievill unpacked the perceived causes of our current issue surrounding recruiting and retaining doctors. Though newly graduated doctors are, on average, delaying commitment to a family practice, Nancekievill cited lack of affordable housing as a major deterrent for new graduates who are most often straddled with significant amounts of debt.

“The county has other challenges, housing-I don’t need to point out-but I will say graduates have significant amounts of debt…often in the hundreds of thousands of dollars and these graduates are also usually first-time home buyers. So, this is having a significant impact on new recruits looking for a place to live in our community,” she stated.

Nancekievill expressed that lack of affordable housing combined with robust incentive measures by neighbouring municipalities has contributed to the issue with recruiting new doctors to the area.

“We have intense competition from other municipalities. Our neighbours offer financial incentives over a five to six year commitment ranging from $100,000-$150,000,” she explained. “We are not competitive. And potential recruits are almost always going to compare surrounding areas. Incentives are not everything, but they are a factor.”

Referencing a dialogue with a potential new recruit, Nancekievill noted this newly graduated doctor instead chose to settle over the bridge, where the incentive package enabled them to put the down payment on their first home.

Nancekievill impressed upon council that it would behoove the municipality to invest in a recruiting program, such as Docs by the Bay.

“They have a very polished recruitment program and it is something we could join,” Nancekievill added.

In response to the issue at hand, the physician recruitment and retention task force was created in 2021. Their recommendations include:

“In my 30 years living here, as a family doctor and member of the community, I have never been so concerned about our healthcare and our future. We need to work on this now. It is urgent,” stated Nancekievill.

Quoting a recent presentation on this issue by CEO of Quinte Healthcare, Stacey Daub, she reiterated the magnitude of the problem and outlined how it has grave repercussions from cradle to grave.

“We are faced with the biggest health care crisis in my lifetime. COVID was a tipping point, but it was decades in the making. We are at a very serious crossroads right now in terms of our ability to recruit and retain,” said Dobb, in her October presentation. “For every 100 babies born at Belleville General Hospital, 20 of those and their mothers do not have a family doctor.”

“It is a crisis. That is the word I am using. Even if a potential recruit were to sign up today, it would take months before they could set up a practice. The first physician to leave in 2022 will leave near end of January, leaving 900 patients who currently have a family doctor without one. This number will increase with four other physicians planning to leave.

Unfortunately, Nancekievill added, the remaining physicians in the PEFHT cannot stretch to cover the patients who will all too soon find themselves without a family doctor.

Councillor Hirsch inquired as to the possibility of hiring nurse practitioners to fill some of the void left by some of the departing physicians.

“What is the potential role for nurse practitioners? I ask because when we came to the county years ago and were able to get a doctor assigned to us within about three months, we never actually met the doctor for over 2 years because he had a nurse practitioner who served basically all our needs over that time,” he said. “How does that fit into the 23 number? Is this a potential remedy?”

“Many communities do have nurse practitioners to help with some of these manpower issues. Our PEFHT has four associated with the group,” she explained. “We were down to two for a while but have been successful recently. Four is the maximum the ministry has allowed us. They make our lives so much better, both for the patients and doctors, but we do not have funding for more.”

Mayor Steve Ferguson offered that now is the time, with operating budget deliberations slated for February, for council to consider tangible steps to be taken to avert the impending crisis.

“I view the subject matter of this deputation as critically important before we head into the budget in February. We’ve all known about the situation with regards to doctor recruitment for some time but now is a time during budget where we’ll have to consider more concrete problems to solve this issue,” said Ferguson. “It’s not going to be easy and it’s not going to be inexpensive but the necessary measures we eventually agree to take will be well worth it for our community.”