There’s an old saying that if you don’t have your health, you have nothing and residents of this bucolic ‘burgh could be waking up that reality very soon.

This isn’t another Pandemic-induced screed about how this province is careening into a COVID-19 abyss with sky rocketing cases and far more easily transmissible variant named Omicron poised to derail any progress that’s been made thus far by vigilant and diligent members of the community. Such an editorial that calls for the tough choice of a pre-Christmas lock down to get cases loads back under control while a widely accessible booster crash program can be instituted would be apt to present this community today.

No, today’s submission has more to do with Dr. Anne Nancekievill’s deputation to Council last week ahead of 2021 Capital Budget deliberations.

The local family physician that’s a member of the Prince Edward Family Health Team (PEFHT), is Medical Director of H.J. McFarland Memorial Home and Associate Professor at Queen’s University Department of Family Medicine as well as a member physician recruitment and retention task force had some sobering news for Council. Nancekievill had more of a wake up call for the members of the horseshoe and those paying attention than anything else. For a good number of years tracing back to the formation of the PEFHT- orignally a pilot project the good doctors of this community developed on the late 2000’s- it was widely accepted as fact that if you lived in Prince Edward County, you did or could have access to a family physician.

There were no lengthy wait lists, just a host of experienced County Docs with the odd newbie rotating in from the Queen’s School of Medicine. The County’s mystique and beauty, an opportunity to practice cradle-to-grave medicine and be part of a collegial program with a good hospital nearby was enough of a draw to make sure the horror stories other rural communities were facing stayed in those communities.

But something’s happened in the last 15 years. The recruitment ante from other communities for graduating physicians has been raised significantly. Prince Edward County is no longer an easy place for a new Doc with eight years of student debt to find a home.

Suddenly, with five physicians set to exit local practice over the next year, the County compliment might no longer be able to have critical mass. And where County charm and beauty and a small stipend was enough to get by in the 10’s, that pitch will no longer do the trick.

“We have intense competition from other municipalities. Our neighbours offer financial incentives over a five to six year commitment ranging from $100,000-$150,000,” Nancekievill explained. “We are not competitive. And potential recruits are almost always going to compare surrounding areas. Incentives are not everything, but they are a factor.”

This is not going to be an easy pill to swallow for local tax payers. A $100,000 per physician rate to replace the five that are departing is quite an ask for a municipality who has a mountain of other irons in a brightly burning fire. But for a great number of County residents- your humble scribe included- that have been informed they will be an orphan patient in the new year, what good is a lower tax bill if you aren’t above the sod to spend the savings?

Council will do well to take Dr. Nancekievill’s direction of care and get serious about ensuring there are enough local physicians to care for residents and staff our new hospital. 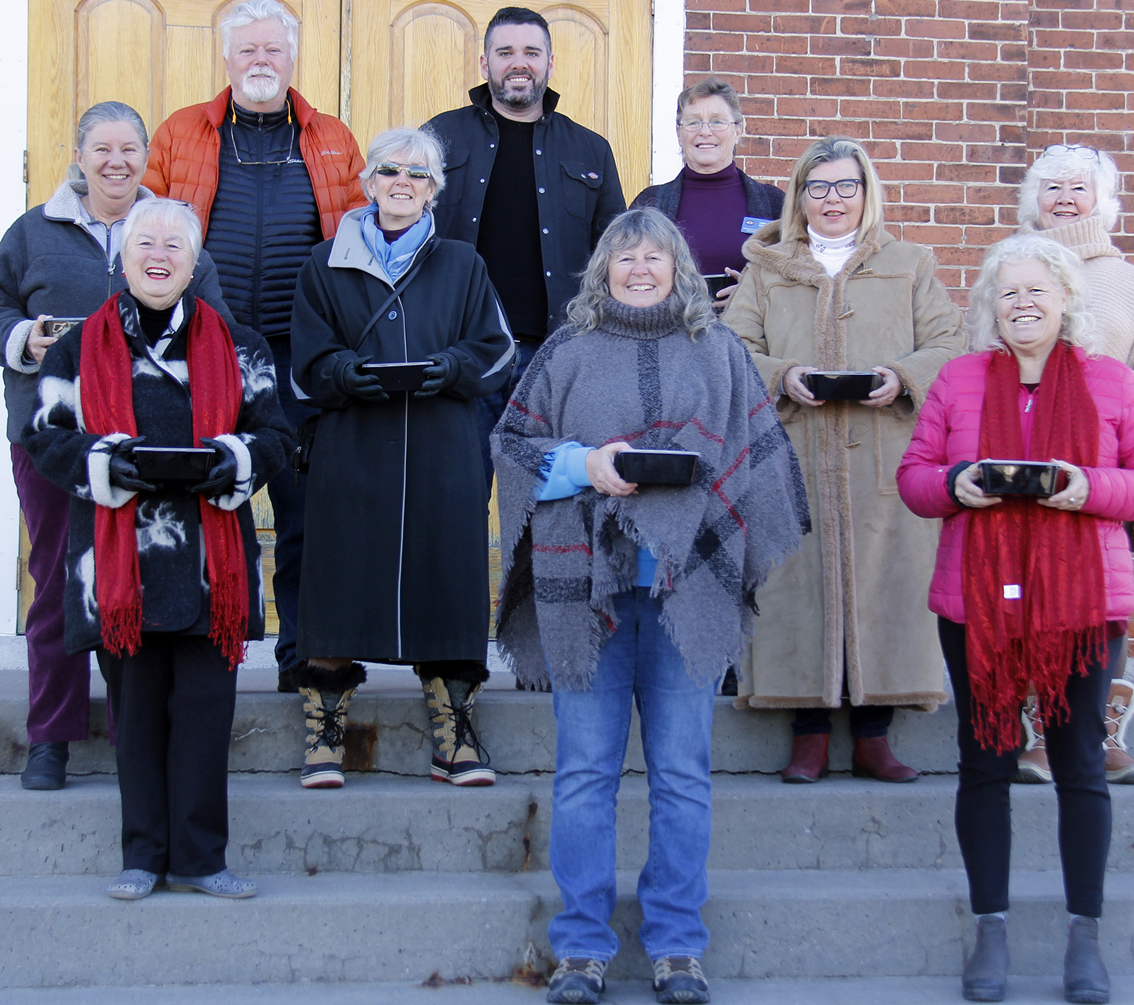 With the help of the Demorestville Women’s Institute (Back, Centre) Chef Taylor McIndless prepared and distributed approximately 1,000 meals regularly to over 20 households in Sophiasburgh and the Picton area. (Desirée Decoste/Gazette Staff)