Looking around Prince Edward County and more closely at some of its derelict agricultural buildings and farmhouses, it’s not hard to envision the worst case scenario when it comes to the former No. 31 Bombing and Gunnery school.

On any given concession road, motorists can easily catch a glimpse of what the ravages of time and a lack of occupancy can do to even the most heartiest and well laid down structures.

The base, home of one of nearly 40 British Commonwealth Air Training Program bases with a patented triangular runway layout, was meant to be built in a rapid fashion and by April, 1941, was operational. Canada was ready and willing to do its part to defeat the Nazi scourge and building these bases to train men and women coming from England, Australia, New Zealand and this nation was an integral portion of that war effort. Bases sprang up in rural communities and medium-sized towns throughout our nation and, as the Blitzkrieg raged across Western Europe, the eventualities of such installations was an unlikely forethought.

Over eight decades later, the majority have been razed, some repurposed and nearly all lost from memory of the Allied soldiers who trained there. But in Picton, it’s been different. Just after the end of WWII, the airbase was taken over by Royal Canadian School of Artillery and earned the moniker of Camp Picton. Various branches of the Canadian Forces including the First Battalion of the Canadian Guards were stationed here until 1969 when the base became superfluous to the military’s needs.

A time of transition saw the base wind up under the direction of Picton Mayor and local construction magnate H.J. McFarland and the man everyone called “Harvey” had big dreams for the site. A spin back through the pages of the Gazette from the early 70’s detail a number of initiatives McFarland had for what he renamed “Loch Sloy” in honour of his Scottish heritage. A helicopter company was going to relocate here. Heavy manufacturing companies were enticed to bring production to Prince Edward County.

Unfortunately, the County’s orignal “mover and shaker” passed away in 1974 and those dreams went unrealized.

Desperately needing renewal, RAF veteran and BCATP graduate Viv Scott entered the picture in 1999 and took over Loch-Sloy, turning the crumbling tide and shoring up decay. Sure, some buildings were far too gone to be saved and rehabilitation efforts required selectivity but soon, Loch Sloy started to stir with steady streams of activity.

Viv Scott would pass away in April, 2001 but his son, Dr. Jamie Scott of York University continued on in his father’s stead and, where a pile of delapidated buildings and an easy target for vandals and the like could have been, a business park now stands. Once again, Camp Picton is at a cross roads. Dr. Scott is to be highly commended for his tireless efforts to see his father’s dreams through.

The new ownership group, PEC Community Partners are to be warmly welcomed and carefully reminded the former military base-turned-business park and community airport is an important heritage landmark to the local citizenry. Through Dr. Scott’s efforts, what could have been lost has been preserved and this community expects nothing less than engagement and inspired preservation when it comes to the visioning of Camp Picton’s next chapter. 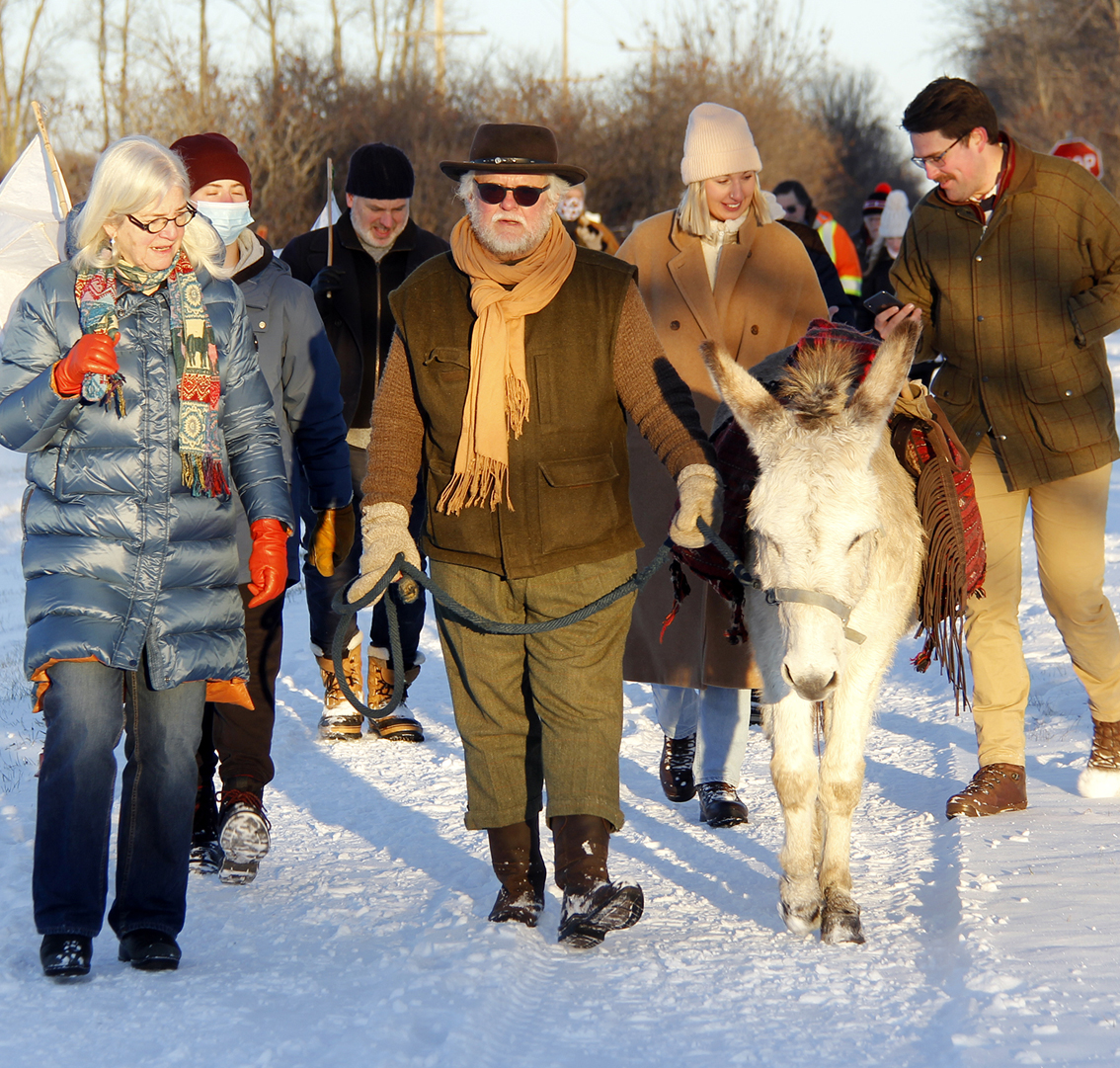 FEELING THE THUNDER – On Sunday in Wellington area between Cleminson and Belleville Streets along the Millennium Trail, story teller Conrad Beaubien, started a new series of walks to help bring awareness to mental health and the effects the winter months can have on people. The first leg of the walk featured Krista Dalby of The Department of Illumination and her lanterns to that celebrate Winter Solstice. This new series of walks is supported by The Wellington Recreation Committee, Noble Beast Farms and The Wellington Times. To take part in future walks, visit www.walkingwiththunder.com . (Desirée Decoste/Gazette Staff)