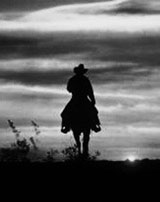 Dad has gone to get the cows one final time.
Howard Morley Ferguson Alexander
August 14, 1922 – December 23, 2021
Dad was born and raised in Prince Edward County, eighth child of Thomas Alexander and Anne Gay. He farmed in Yerexville, with dairy, beef and Arabian horse farms. He married Mum, Nellie East, in 1944 and they had four children. Together they had a very busy life, raising their family, were active in their community and social activities with friends and family. It was a time of neighbours helping neighbours with farmers combining their efforts during harvest time, going from farm to farm and being rewarded with a home cooked meal, and celebrating family milestones with shivarees, baby showers, anniversary parties, picnics and the occasional beach afternoon.
Dad loved being active with pole vaulting while in high school, baseball, ice skating, cross country skiing, dancing and horse back riding. Having a farm meant worrying about the weather, harvest prices, milk quotas, fixing fences, picking stones out of fields, giving needles and picking up other veterinary skills and more than the occasional night in the barn during calving season. It was a 24 hour, 7 days a week job with no holidays, up at 5:00am to milk the cows and going to bed at 10:00pm after a final check that all was fine on the homestead. In his final years, living independently at Berwick Comox Valley, and in Dad’s fondness of his agrarian life, he meticulously built a model of his family farm, each detail lovingly captured.
Left to mourn our Dad, is son Ron, daughters Lynne, Joan and Lori (Herb), grandchildren, Shawn, Kimberly, Stefanie, Michael, Craig, Jad and Melissa, along with great grand children, nieces, nephews, cousins and his big sister Ruth Butcher. He will be fondly remembered by Robert and Cheryl Vandervoort and children, Peter and Gary Utman and families.  Dad was predeceased by wife, Nellie East, second wife, Jean Morrow and his eight other siblings.
Special thanks to Dr. M. Neufeld and the staff at North Island Hospital in Comox, B.C. Heartfelt thanks to the staff at Berwick Comox Valley for their wonderful attention and care. In keeping with the many generations of farming tradition that was a part of Dad’s hardworking life, help support small, local, independent farmers by purchasing their produce.