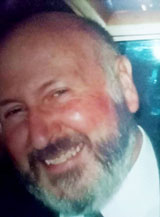 It is with the heaviest of hearts that we announce the passing of Robert Dickson, on Friday December 24, 2021 at Prince Edward County Memorial Hospital after a brief, but courageous battle with cancer in his 86th year. Son of the late Robert and Mary Dickson (nee Sloan), Robert was the beloved husband of Esther Dickson (nee Brown), of Picton for over 65 years. Loving father of Colleen Miller (Owen) of Picton, and the late Kevin Robert Dickson. Dear brother of Marion Lovell (Gerald) of England, the late infant Sally Dickson, and fondly remembered by his nephew, Rory Lovell of England. Loved by his grandchildren Ashleigh (Josh Mowbray), and Jordan, and his great-grandchildren Everleigh, and Elli. Mr. Dickson will be sadly missed by his friends at the Gospel Hall in Picton, business acquaintances, and neighbors. The family extends a very special thank you to the healthcare teams in Picton, Belleville, and Kingston Hospitals for their care of Robert. Mr. Dickson Rested at the Rushnell Funeral Home – Picton Chapel, 33 Main Street West, Picton, on Monday, January 3, 2022, from 12:00 p.m. – 1:30p.m. Funeral Service followed in the Chapel at 1:30 p.m. Spring Interment, Quaker Cemetery. If desired, donations may be made to the Prince Edward County Memorial Hospital – Back the Build Campaign. Online condolences at www.rushnellfamilyservices.com