“He’s the best worker the Town of Picton has ever had!”

My late grandfather had the best and most widely-held assesment of Owen Jones as he voluntarily used a discarded coffee cup to sweep up silt and sand from the curbside of Picton’s Main Street one day some years ago. Owen passed away on Christmas Day after brief but brave battle with cancer at Hospice Prince Edward.

He was 68 at the time of his passing and if there was one wish this corner professes to have, it’s the hope Owen knew how much this town’s merchants, business people and residents appreciated his efforts in keeping Picton clean and tidy. In summer’s highest heat and in the winter’s deepest cold, Owen Jones was dedicated to the task of making Picton look better.

One frigid winter day, Owen would be shovelling snow at the Picton Sobey’s, making sure pedestrians had clear access to the stores in the plaza. Even in the dog days of August, Jones would be omnipresent clear debris along the busy curbside on the town’s main thoroughfare.

“If ever there was an example of civic selflessness, it was Owen Jones,” County of Prince Edward Mayor Steve Ferguson said via social media last week. The Mayor took the fitting step of having the flag at Shire Hall lowered to half mast in Owen’s honour and there’s some talk of memorializing Jones on Main Street some time in the future.

Public tributes and memorials are all well and good but there’s a bigger picture when it comes to the relationship between Owen Jones and the Town of Picton. Anyone who ever tried to thank Owen for his never ending toil was met with a blank stare if they were lucky and a mad grumble if they weren’t.

Those who might try and compensate Owen were uniformally rebuffed and while this corner isn’t a mental health practitioner and we are not one of the very few people in this community he shared words with, it’s our understanding the internal motor that kept Owen doing the things he did for the town was fuelled through -at least in part- an acquired brain trauma. However they were shaped, his reasons were his own and the town benefitted.

Thankfully, there were quite a few in our town who figured out how to thank Owen and provide him with sustenance, clothing, winter apparel, etc. You couldn’t hand Owen a pair of winter boots but you could figure out where he was working and “place” the boots in or near a waste receptacle where he would find the footwear and put them to good use. A few years ago the person in charge of keeping the Sobey’s parking lot clear of snow figured out you couldn’t hand a pizza to Owen as a way of saying thank you for shovelling the sidewalk in front of the businesses but placing that pizza box on top of the waste bin in front of the Rexall would ensure Owen had a warm meal on a snowy night.

By and large, this is what happens in small towns. The familiar faces walk with us and we, as a community, try to care and look out for them. The online tributes at the time of Owen’s death illustrate how much he was appreciated.

Owen Jones set out most every day to clean up the town in which he lived with the most rudimentary of tools and never asked for even a small thank you from its populace although he would at times indirectly receive such a gift. While he may not have looked the part of Mr. Clean, this town was a much cleaner place for having someone like Owen Jones living in it. 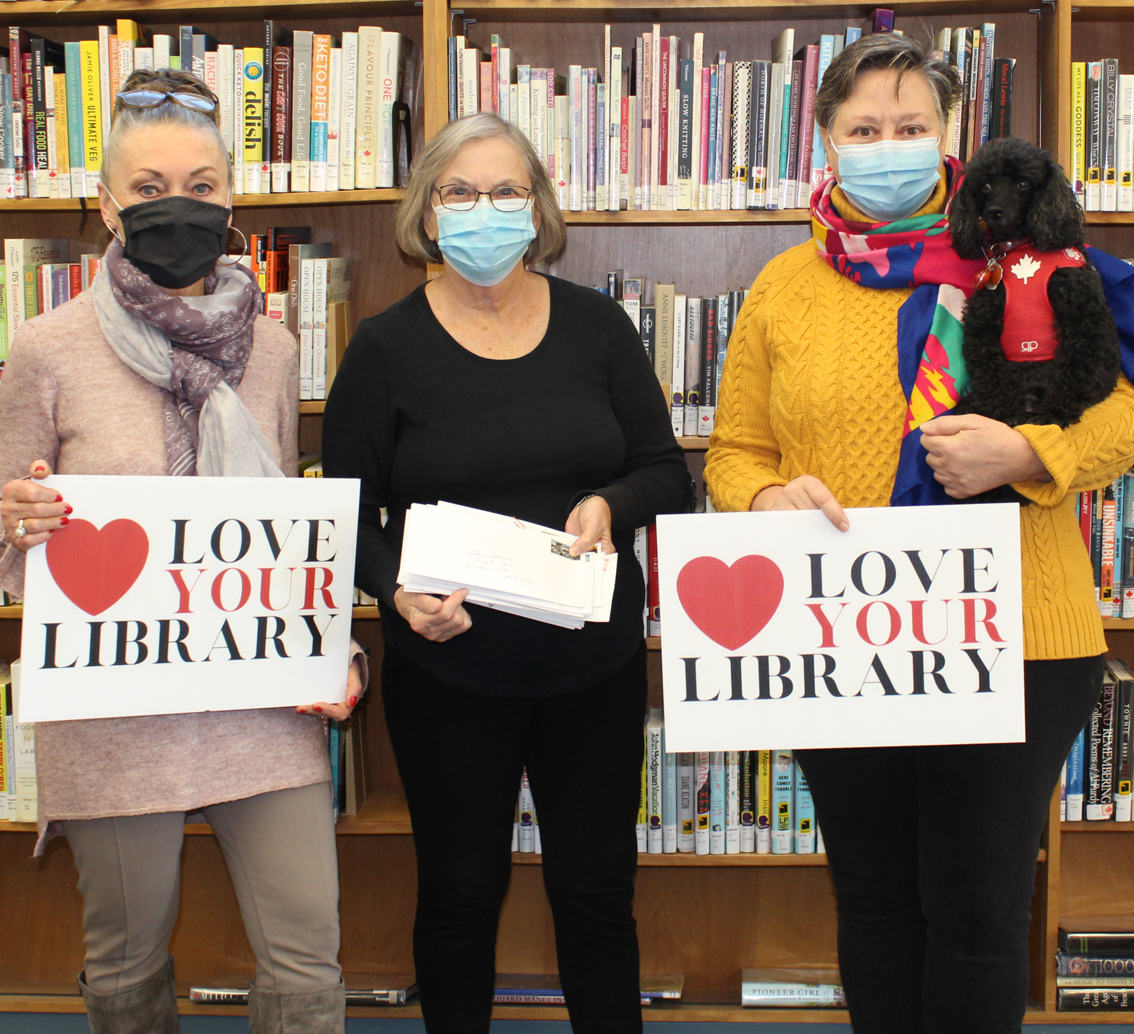 Special CARE FOR LIBRARY EXPANSION – 100 People Who Care – Prince Edward County showed they ‘Love their Library’ by supporting the Picton Branch Library expansion. Member (Centre) Marion Hughes nominated the library’s project and is pictured here presenting the cheques to (Left) library CEO Barbara Sweet and (Right) fundraising chair Alexandra Bake. “This $9,100 is a great Christmas gift to the community and boost to the project as we approach the fundraising finish line,” said Sweet. 100 People Who Care Prince Edward County is based on the simple concept of bringing together a group of 100+ people who commit to meet four times per year, contribute $100 at each meeting, and make a positive impact on a local charity. (Submitted Photo)