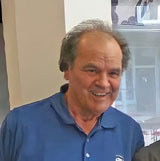 Entered into rest at the Belleville General Hospital, on Tuesday, January 4, 2022, George Lepage of Picton died a the age of 82. He was the son of the late Edouard & Rose Marie Lepage (nee Taillefer) and husband of the late Christa (nee Schmitz). George was the loving father of Guy (Grace) of London and Petra (Ian) of Belleville and was the dearest grandfather of Julian. He is survived by his sister Margaret Gagne (late Joe) of Scarborough and by his brother in law Joe Lascelles of Sudbury. Predeceased by his sisters Theresa Dawson (late John), Clemence Lascelles, and his brothers Ovila (late Brenda), Julien (late Therese) and Victor (late Rollande). George will be fondly remembered by his many nieces and nephews. George moved to Picton to help facilitate the opening of Prince Edward Heights in 1971 until his retirement in 1996. Long time member of Picton Golf and Country Club, where he was known as the gorilla. Never one to turn down a chess game, card game or a good scotch. His happy place in the past few years was on his patio with old country music, a cold beer and good company. George’s smiles, conversations, attention to details were admired by all who had the pleasure of his company. His presences will be greatly missed. Mr. Lepage is resting at the Rushnell Funeral Home – Picton Chapel, 33 Main Street West, Picton (613-476-2450). Spring Interment and Rite of Committal with Prayers in the Lepage family plot at St. Mary’s Roman Catholic Cemetery, North Bay. If desired, donations to a charity of your choice would be appreciated by the family. Online condolences and to share memories of George can be made at: www.rushnellfamilyservices.com