So, by the time you read this in its hard copy or electronic form, Minister of Education Stephen Leece and Ontario’s Chief Medical Officer of Health Dr. Kieran Moore will have likely told parents of school aged children from across the province that in class learning will resume this Monday. Yesterday’s expected announcement from Minister Lecce falls in line with what Doug Ford said Jan. 3 as the Premier pledged students would be returning to class Jan. 17.

It seems now, despite Omicron surging and the province in its steepest COVID wave, enough lead time has passed to distribute N95 masks and deploy more than 3,000 HEPA filters to classrooms across the province. Online learning is not everyone’s cup of tea and the overwhelming majority of parents and their students will be happy to shed the shackles of the virtual classroom.

But how safe will in-person learning be during Omicron? Will students and their teachers be protected? Are the new safety measures and extra lead time for further vaccination going to be enough? Is the province’s position Omicron not as deadly as Delta? Given inconsistent manner in which the province has approached online vs. in-person learning over the last two weeks, you can forgive us if we have concerns that without a detailed back-to-school plan being presented, this feels like this government is ready to allow Omicron to run wild through mostly vaccinated school populations and let the chips fall where they may.

IN SUPPORT OF DEMOCRACY

It feels we might be late to the party on proposed County of Prince Edward procedural bylaw changes due to come before the Committee of the Whole later this month but as a scrivener not too far removed from marathon meetings at Shire Hall, observed from the most cramped media table in the province, perched upon chairs that would make someone’s back hurt by simply gazing over them, we figure our two cents is enough legal tender to enter the discussion. It was former Mayor Leo Finnegan that warned an informal audience one day about lengthy meetings that ran until into the late of the evening, stating off the cuff that at midnight, a member of the horseshoe might agree to just about anything in order to hear the word “adjourned.”

So the thrust to limit council meetings to three hours-unless extended by a majority vote- and curtail the number of deputations is not lost on this corner, particulary when talking points are belabored and it seems to some sides on contentious issues that quantity over quality should win the day.

In a perfect world, opponents and proponents would gather separately prior to a meeting, go over their respective talking points and eliminate the duplicate material.

But a perfect democracy is anything but. It’s nurtured and exists in an accessable and transparent crucible that has no interest in brevity or any other type of limitation.

How the consultants Amberley Gavel and County Staff could land on a total of three deputations per meeting will likely come out at the Jan. 26 Special Committee of the Whole meeting and while there are some thoughtful revisions to a few elements of the procedural bylaw when it comes to aligning with legislation and advancing inclusion and accessibility, limiting input, restricting the number of questions councillors can pose and other blunting tools in the encouraging more efficient meetings panel is damaging and would further disconnect County residents from their most important level of government. 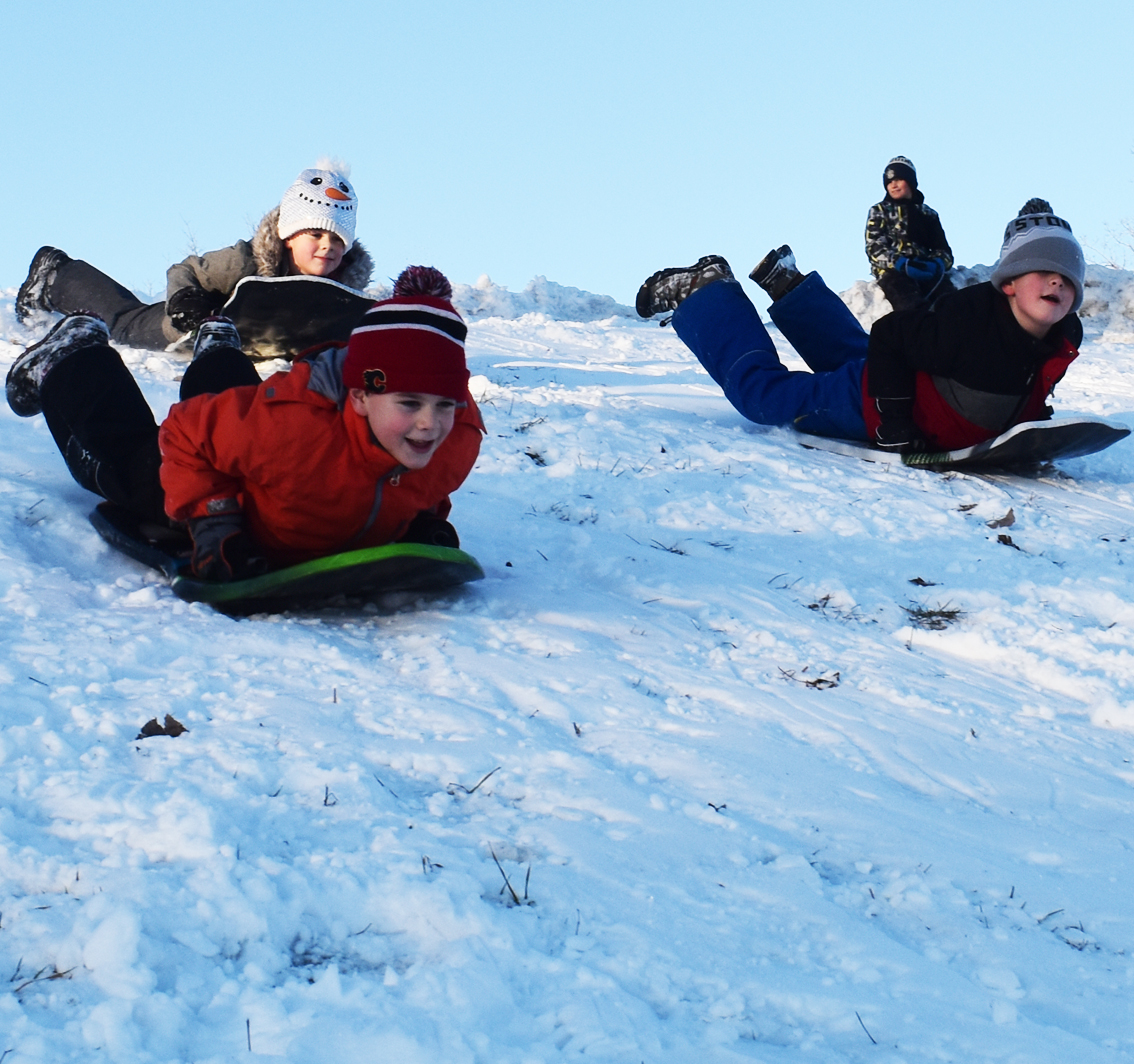 READY, STEADY, GO! – (From front left) Casper, Fenix and Raven Chetwynd tried their luck at the Mary St. parking lot hill recently prior to a brief warm up that revealed the green grass underneath. Far more frigid temperatures and snow in the forecast means the local slope will be busy again this weekend. (Jason Parks/Gazette Staff)