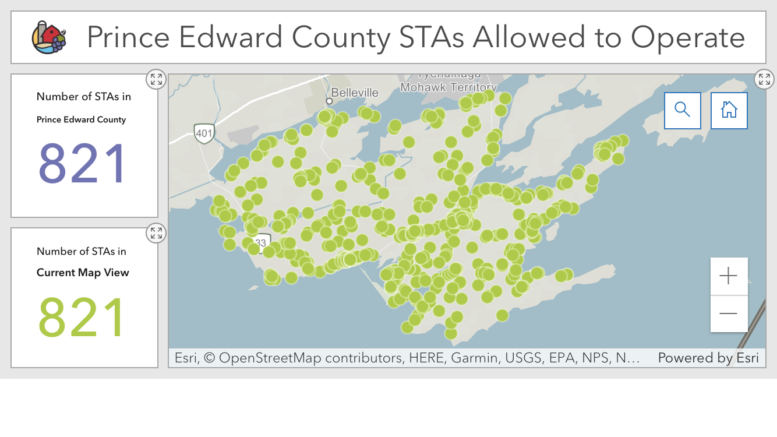 Prince Edward County Council have an opportunity to course correct their path on regulating and governing Short Term Accommodations in the coming months and head off a number of issues detrimental to local residents.

Local resident Angus Ross spoke to council Tuesday night regarding what he described as three interlinked issues that are among the top concerns of residents in Prince Edward County in the county-affordability and availability of long term accommodations, STA proliferation and those negative impacts as well as the growing perception among long term residents that actions by council are far more skewed towards tourists and not to the benefit of tax paying residents.

Ross first spoke to council in April 2017 about the devastating impacts stas were having currently on the housing market in Prince Edward County as well as the dismal future of the accommodation market. Ross said he regretted being right however the alarm bells he rang five years ago were far less dire than reality has proven.

Ross said Council has instituted a method of regulating STAs that was based on poor advice and did not fully address the initial problem as well as creating a host of other issues and concerns.

“You now have the opportunity to address and correct STA regulations as there is a report coming out next month,” Ross said.

Speaking in support of a presentation to council in November by Professor David Wachsmuth,  the Canada Research Chair in Urban Governance Associate Professor and an associate professor at McGill’s School of Urban Planning, Ross said he agreed with much of what Wachsmuth said and referenced a number of determents including the loss of Prince Edward County identity as well as the loss of long term accommodation that’s negatively impacting local business by way of an employee shortage.

“It hampers the ability of the businesses in the county to attract and retain staff. Although noting will change this shortage over night, there are measures that you as council can address in the medium and long term,”Ross said. “From the outset, you’ve got realize that building a significant amount affordable housing will only impact the end of the medium (2-5 years) and long term (over five years).”

So how does council turn the tide in the short term and create housing in the next couple of years?

Py way of his power point presentation, Ross illustrated what a number of other tourism meccas in Ontario are doing.

Referencing the town of Collingwood,  municipal government there does not allow short term accommodations unless the home is approved as a Bed and Breakfast which is defined as a having a maximum of  three guest rooms. A Collingwood Bed and Breakfast cannot occupy the gross floor area of the dwelling and the owner of the bed and breakfast must also live in the house. 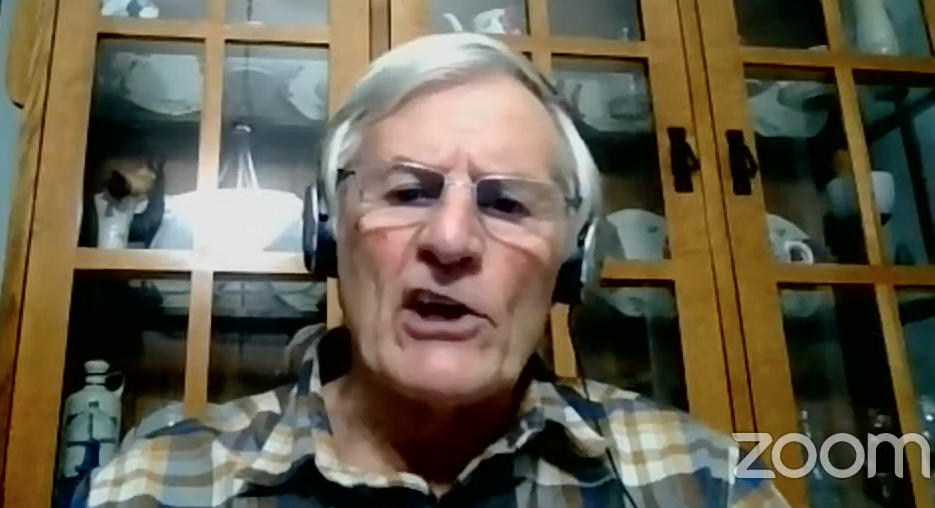 In nearby Clearview township that includes the towns of Stayner and Creemore, STA’s must meet the  requirements of a Bed and Breakfast which means they: Must be within a single detached dwelling unit;  Must be occupied and conducted by a full time resident of the dwelling; Must be an accessory use to a single detached residential use; Have a maximum of three guest rooms in Residential Zones; A maximum of five Guest rooms in Agricultural or Rural Zones and Parking spaces for guests must be designated so exclusively and labelled with a sign.

A proposed transitionary bylaw in Niagara-on-the-Lake  calls for short-term rentals to be operated from principal residences only by Jan. 1, 2024. It’s also calling to restrict short-term rentals from advertising without a license and add a requirement for advertisements to include the licence number and calls for requirements that property managers to respond within 30 minutes to complaints and well as introducing a Renter’s Code of Conduct and Good Neighbour agreements. NOTL also requires signage for short-term rentals as well as the town’s customer service number.

In November 2020, St. Catherine’s Council approved an amendment to the City’s Zoning By-law allowing for some STA operations in residential area provided they aren’t the primary use of the property. The property must operate first and foremost as a full-time residence, with the resident temporarily renting out the entire dwelling unit on an occasional basis. The property cannot function solely as a STA.
This limited permission ensures residential housing stock is not impacted by year-round STR operations while still allowing for property owners to capture income from their property when they are not at home.
Requirements for permitted STRs under the Zoning By-law include defining the dwelling as a home based business, that it’s not rented for a period exceeding 28 consecutive days  and the home is the primary residence of the operator (owner / tenant) . St. Catherines also has an innovative Demerit points system for infractions and an administrative monetary penalty system

In terms of what can be done in Prince Edward County to ease the reverse the tightening vise of affordability, Ross said he agrees with Professor Wachsmuith that cessation of grandfathering STA licenses and having them expire with the sale of a home would help right-size the compliment of STAs.

“Grandfathering helped create the unfair division of property values there were those that had a license and those who didn’t. Two identical houses located next to each other differed by over $100,000 in terms of sale price because one had an STA licence and one didn’t. This is blatantly unfair,” Ross said.

Ross said permitting STAs only in principal residence only but make exceptions for cottages and three season homes had been done in a number of municipalities.

“Toronto brought this measure in, it went to an Local Planning Act Tribunal, an Ontario Court of Appeal and it was found in favour of Toronto,” he noted.

Considering the average stay at an STA generates over $500 per night, Ross said creating punitive penalties for operating an unlicensed STA would be far more effective. Small penalties become just part of the cost of doing business.

Putting a finite limit on the number of STA licences, bringing in a demerit point system similar to St. Catharines, taxing whole-home STA’s as commercial and amending enforcement from complaint driven to knowledge of are other measures available to the municipality.

“If it’s brought to the attention of bylaw officers that an STA is being illegally operated, that should be suffice to warrant an investigation with a formal complaint which many people are reluctant to do,” said Ross, adding the restrictions would increase the local accommodation compliment precipitously.

“Many houses owned by investors or companies have been taken out of the Long Term Rental market and turned into STAs,” Ross said.  “Having them brought back into the rental market or sold as a principal residences, both of those would have benefits and the results would have an immediate impact on the availability of  long term accommodations County. That would provide council some breathing space to address the medium and longer term problems generated by STAs and a change date of January 1, 2024 would allow plenty of time for owners to determine the future of the buildings.”

This action would clearly demonstrate to citizens that council is serious about in addressing the STA problem as well as the many associated problems while also diffusing the palpable anger that’s present amongst many county residents who view STAs and their existence as negative Ross concluded.

Councillor Bill McMahon asked Ross about Wasaga Beach where STA’s have to register as a business and what a licence costs and if any other jurisdictions have a similar statutes.

Ross couldn’t put a dollar figure on the cost but said they are part of regulations in other locales.