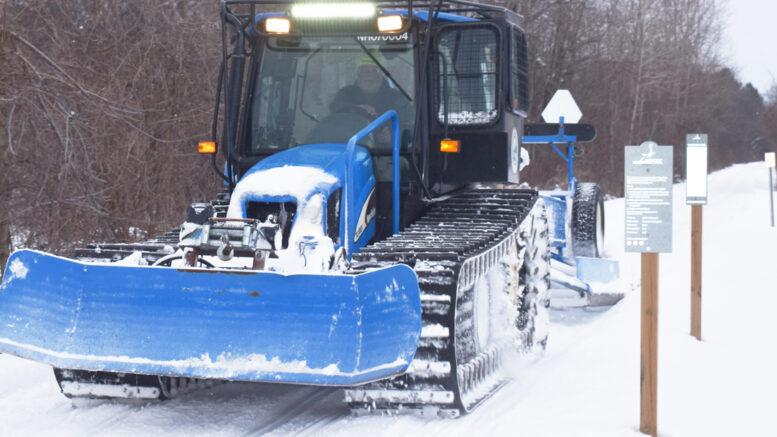 A dumping of nearly 40 cm of snow on Prince Edward County and the rest of eastern Ontario Monday have carpeted the local trail system and with the significant snow fall, the County of Prince Edward is reminding  Millennium Trail users that  all-terrain vehicles (ATVs) and dirt bikes are not permitted on the trail in winter months once grooming operations have begun.

Grooming began on January 17, 2022, and restrictions will remain in place until the snow has melted and the trail conditions are stable enough for ATV use. During this time, motorized vehicle use of the Millennium Trail is restricted to snowmobiles, farm tractors and vehicles of animal husbandry.

All trail users are reminded that The Millennium Trail is a mixed-use trail and to be mindful of other users. The trail provides an opportunity for the public to enjoy time outdoors and exercise through winter activities such as snowmobiling, snowshoeing, cross-country skiing, fat tire biking and walking.

The trail is not maintained for pedestrian use in the winter, and icy conditions exist on some sections of the trail. To limit the spread of COVID-19, trail users are reminded to maintain the safe physical distance of at least two metres apart from others when on the trail.

With increased snowmobile activity, motorists are asked to be vigilant in areas were trails are bisected by County roadways.