Ontario workers will be able to enjoy their summer evenings guilt-free starting June 2 when right-to-disconnect legislation officially takes effect. Passed last November and given royal ascent in late December, Bill 27, known as the Working for Workers Act, gives employees the right to disconnect from their job at the end of the day.

That means no expectations of returning an e-mail, phone call and the like once an employee has punched out for the day.

Someone living in the stone ages is often viewed as a negative but consider this-when Fred Flintstone slid down the neck of a dinosaur and into his car at the end of his work day, he didn’t have to worry about Mr. Slate e-mailing him any work documents to read and review before tomorrow morning. Ontario’s new legislation is a major step forward in recognizing the importance of work/life balance.

The thin line between the two has become even more blurred during the pandemic as many living rooms have been converted to home offices. Surely most of us are ‘guilty’ of replying to e-mail at the dinner table or opening a PDF while the TV plays in the background during what is supposed to be a time to relax.

More than a few of us have also e-mailed a co-worker after business hours and expected a prompt response. Bill 27 is the first of its kind in Canada but follows the example of many European countries such as Portugal, France and Spain. These countries have long been considered ahead of their North American counterparts in terms of attitudes towards work/life balance while still scoring better in metrics that measure productivity and employee satisfaction.

Though it may be counter intuitive at the time but an employee who puts off work in favour of being well-rested is almost always going to be the better asset long term than the one who gets burned out by burning the midnight oil on a regular basis. Hopefully other provinces will jump onboard and realize the benefits of protecting employee’s mental health. Like any government law, there will be gaps in coverage and it won’t serve everyone as intended.

There are some jobs that just don’t fit into a. traditional 9-5 like that of say-off the top of the head-a journalist. News has a pesky habit of choosing its own hours and there are times when something just can’t wait until morning. And that’s just one obvious example; there will be hundreds of other professions that will struggle to meet these criteria. This law will be applied to businesses with 25 or more employees and will have some exemptions built in. By in large, businesses have the next six months to figure out how they will comply. At the very least, Bill 27 is a good start. Slowly but surely there has been movement towards recognizing the benefits of taking care of one’s mental health.

Perhaps even more importantly, there’s been a lot of attention drawn to the harms of what happens when we don’t look after our mental health.

Adam Prudhomme is the managing editor of the Napanee Beaver 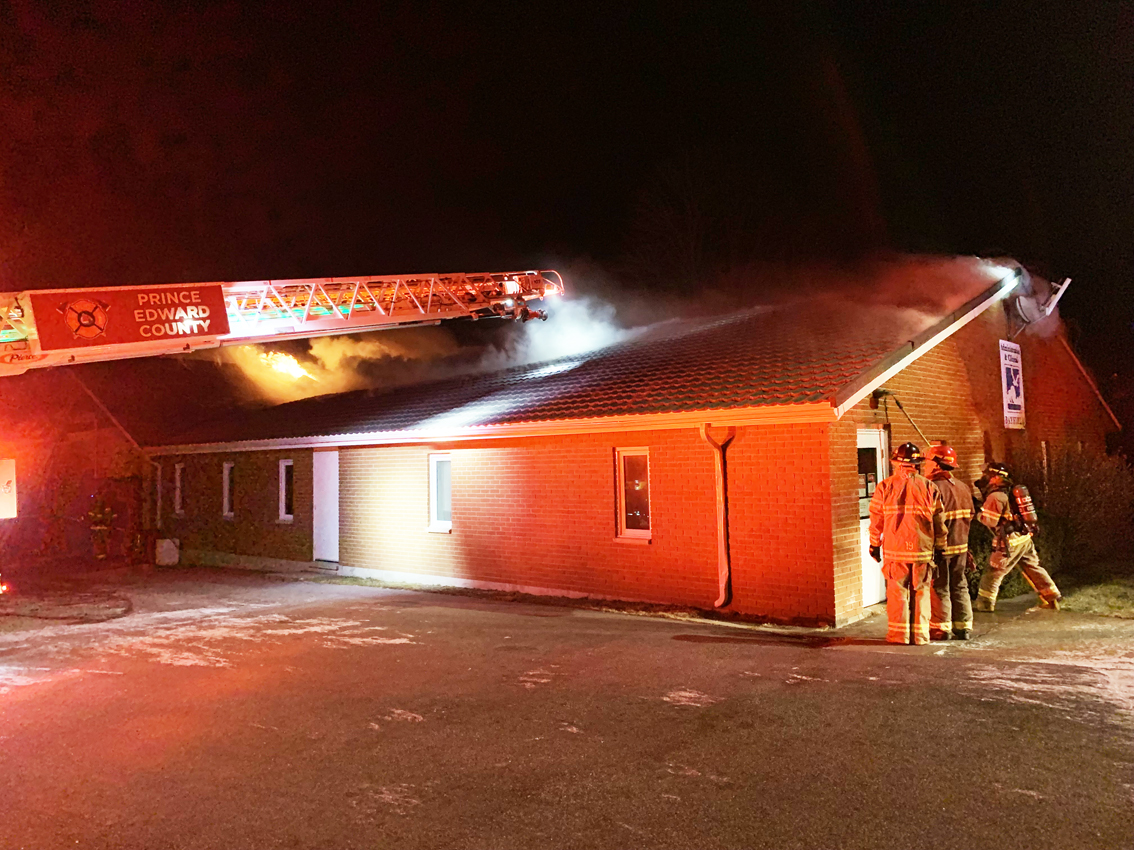 CONSECON FIRE – Prince Edward County Fire and Rescue crews were on scene of a fire at the Consecon Bayfield Treatment Centre administrative building Wednesday. The estimated damages of the fire came in at around $750,000 Stations 6, 8 and 9 responded to the fire. “The call came in around 2:30 a.m. and we were on scene through 11 a.m.,” stated PEC Fire Chief Chad Brown. “Then we were back to check on things later on in the afternoon.” The building was vacant at the time and no injuries were reported.  The source of the fire remains under investigation as of press time. (County of Prince Edward Photo)