One of the fallibilities of a community newspaper is that, occasionally, something transpires in the community during the lag between deadline and the day the weekly journal hits the street. Such is the case with Wednesday night’s Special Committee of the Whole meeting where County Council was due to debate and consider a new and revised version of its procedural bylaw.

By now, most readers in Prince Edward County are aware Council was examining a draft set of rules and procedures that will govern how the municipal body conducts its meetings at Shire Hall. While the revision pledges a new and improved age of transparency, offers updates with simple language, eliminates redundancy in various sections, etc. it also seems to create walls and restrictions under the same guise.

The bylaw as presented to council for it perusal and consideration Wednesday limits the number of deputations that can be heard at a single meeting to three. Gauging by an accompanying chart contained in Wednesday’s staff report, the number of deputations in a regular council meeting over the past two calendar years was 69 over 48 meetings. A less than one and a half deputations per meeting. The math for Committee of the Whole meetings works out to nearly the same rate.

Some proponents of a limitation on deputations would argue that at most regular meetings, council might only hear one or two deputations anyway and their presentation average is less than the what’s being proposed.

While that may be true, we will let you in a little secret- in terms of hot button topics, contentious issues and controversial motions in the community, there are mountains of minutiae council deals with on an annual basis that doesn’t register with even the most engaged and politically savvy denizens.

Council has been rather adept at identifying the major issues that seem to stir public outcry and have offered Special Meetings for single items such as Holding Court and Quinte’s Isle Campark. Some of those meetings have led to a dozen or more deputations on a particular agenda motion thanks in part to an engaged citizenry and no limit on the number of presentations from such. Under the bylaw debated by Council Wednesday night, it appears the members of the horseshoe could allow for more than three deputations at a Special Meeting.

But, by the same bylaw, a majority of council wouldn’t necessarily be forced to expand past three.

There’s also a fixed time limit on meetings that would require a majority vote to extend meetings over three hours that doesn’t sit well with many observers.

This type of course-corrective window dressing presented by staff is akin to a farmer fixing up the barn when the animals inside are sick and in need of veterinary attention.

This corner is loath to even broach the topic at this point of our shared Prince Edward County existence lest a snow ball or two get fired their way on Main Street but if there’s an issue with how the democratic process unfolds at Shire Hall, perhaps the next term of council should revisit its make up. Maybe the perceived transparency issues, out-of-date procedures, and most importantly, marathon meetings aren’t problems sourced from the public.

Maybe the root is a 14-headed monster at Shire Hall that stands in the way of an effective municipal government. 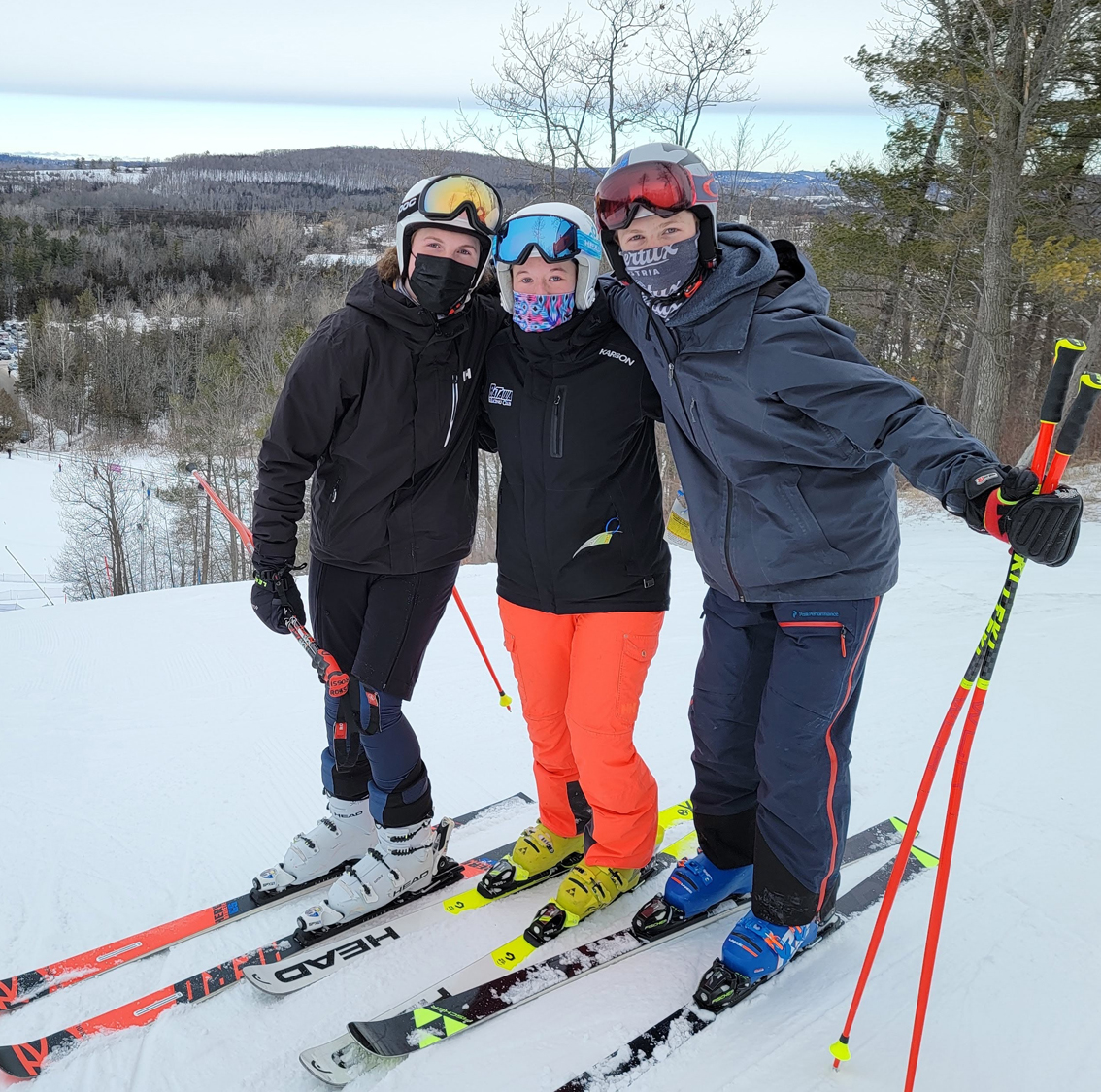 ON TOP OF THE HILL – The Batawa Ski Racing Club began its 2022 racing season with strong results in its first races in almost two years. The Mens and Womens U16 and U19 teams competed at Craigleith Ski Club in Collingwood in a Slalom race. It was Gold and Silver respectively for teammates Ian Isbester of Napanee (right) and Wellington’s Spencer Dullard-Krizay (left) in the U16 Men’s race. The U19 women had a strong race placing 4 racers in the top 10 led by Haleigh MacPherson capturing Silver (pictured centre). The teams raced Saturday and were back to training at their home hill on Sunday. (Submitted Photo)