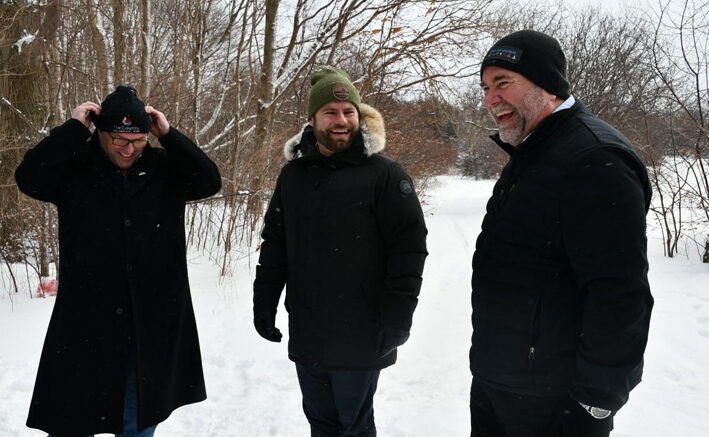 The Ontario government is seeking public input on a proposal to designate the Ostrander Point Crown Land Block and Point Petre Provincial Wildlife Area as a conservation reserve.

These two areas along the southern shore of Prince Edward County have important ecological, geological, recreation and cultural values, and this designation would mean better protection for local biodiversity and provide an exciting opportunity for families to enjoy them for generations to come.

Todd Smith, MPP for Bay of Quinte, said designating the lands as Ontario’s first new conservation reserve since 1999 would not only offer long-term protection for these important ecological areas, but also introduce a stewardship planning process to guide future public use. 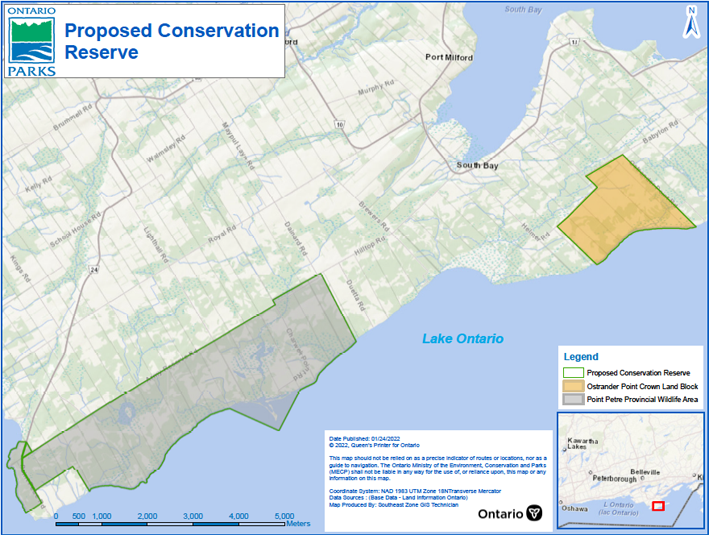 “We know these lands are ecologically significant and popular for recreation. It is important that we make plans now to preserve them for future generations,” said Smith. “By engaging the public on this proposal, our government is showing that it is prepared to build on the conservation work and advocacy by the South Shore Joint Initiative, supported by Prince Edward County.”

David Piccini, Ontario’s Minister of Environment, Conservation and Parks, said opening consultation on designating the areas as a conservation reserve is one of many steps the government is taking to expand protected areas and greenspaces across the province.

“Prince Edward County is a hot spot for local tourism and continues to grow in popularity every year. I am pleased that we are providing more opportunities and access for people to enjoy its natural beauty, now and in the future,” said Piccini.

The regulation of Ostrander Crown Land Block and Point Petre Provincial Wildlife Area as a conservation reserve would fall under the Provincial Parks and Conservation Reserves Act. It would create new opportunities for the public, including hiking, hunting and birdwatching, while also strengthening the long-term protection and health of local wildlife. Over the coming months, the Province will be engaging with local municipal partners, Indigenous communities, and the public to gather input on the proposal. Smith encourages members of the public to have their say by visiting https://ero.ontario.ca/notice/019-4597 by March 12.

John Hirsch, President of the SSJI, welcomed the news. “Since 2018, (SSJI) has raised awareness about our South Shore, the last undisturbed land along the north shore of Lake Ontario and specifically, Point Petre and Ostrander Point. These globally significant public lands are internationally recognized as a critical migratory pathway and home to remarkable biodiversity,” said Hirsch. “The wellbeing of our beautiful South Shore and millions of migrating birds, amphibians, plants and reptiles is inextricably linked with the people who enjoy it. For these reasons and more, we’re thrilled that public consultation is underway to permanently protect and preserve these lands for current and future generations as a new conservation reserve.”

This proposal is made possible by the conservation efforts of the SSJI, a not-for-profit coalition working to protect the Important Bird and Biodiversity Area in the South Shore of Prince Edward County, and the Nature Conservancy of Canada, who acquired and is managing privately protected areas in the region.

According to the province, the objective of conservation reserves is to permanently protect ecosystems, particularly examples of natural areas not protected elsewhere, provide opportunities for ecologically sustainable land uses, and facilitate scientific research. Conservation reserves have minimal facilities and are intended for low levels of recreational use, such as hiking, fishing, bird watching, etc.