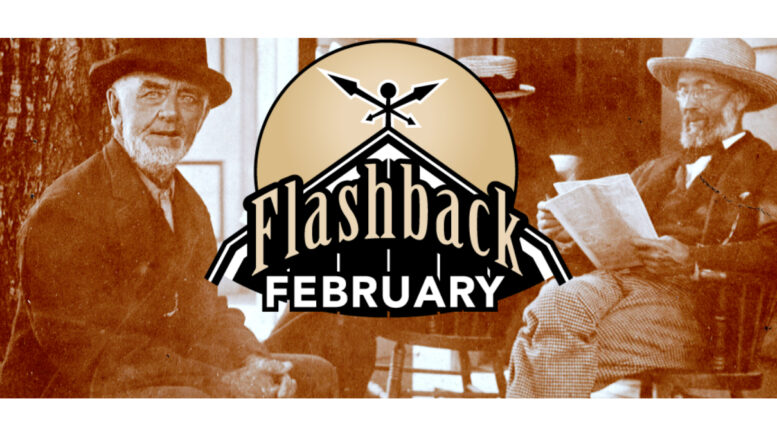 A combination of in-person and virtual events happening Feb. 19 through to Feb. 27 are all part of 2022 Flashback February.

According to organizers, Flashback February is an opportunity to engage with the history and heritage of Prince Edward County through talks, performances and more.

“We’re excited to do the hybrid thing so not all online as we were last year,” stated Jessica Chase, Assistant Curator of The County Museums. “We do have a few in-person events which include the Buckingham Palace tour I am leading at Macaulay Church, and some people have asked about how the virtual in-person tour works and wondering if Virtual Reality (VR) will be involved and definitely not headsets by any means. There are certainly some virtual tour elements available through the royal collection website that I can make use of for there enjoyment but no VR headsets involved.” 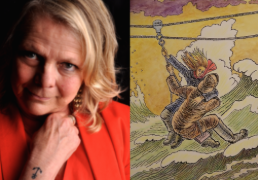 Suzanne Pasternak will speak about her book Minerva on Fri. Feb. 25.

For a full list of Flashback February events and to register, please visit https://www.visitpec.ca/flashback-february

“We’re excited as we do have a couple new partners that have come onboard this year,” Chase expressed. “We have the County of Prince Edward Library on board as a founding partner this year, as well as Karlo Estates Winery is joining us at that level. And of course a number of groups returning like the Friends of Wellers Bay coming back again, South Shore Joint Initiative coming back again, Seventh Town Historical Society a.k.a. The Marylin Adams Genealogical Research Centre they’re back for the third year in a row and the North Marysburgh Recreation Committee joined as a new partner this year too.”

While the slate of events is full, an kick off concert originally booked at the Regent has been postponed due to capacity restrictions and limits on ticket sales. But fans of County chanteuse Miss Emily should not fret.

“Initially we had booked Miss Emily to come and do a concert at the Regent as sort of our kickoff event,” said Chase. “So that was suppose to be scheduled for Feb. 19, the Saturday night but of course based on capacity restrictions and the limited ticket sales of course during a lockdown, we decided to postpone it. So we still have Miss Emily booked but she’s not going to be coming until May 13 which is a Friday night at the Regent, a delayed Flashback February event but were pretty excited about that.”

Chase also added she would like to give a nod to the Foreman Davis Group through Royal LePage who are the signature sponsor for this year.

“It’s because of the Foreman Davis Group we were able to secure Miss Emily and get her for the launch event,” Chase told The Gazette. “Although it has been slightly delayed, their funding is still helping with the general promotions of the week.”

As someone who has been with Flashback February since the beginning, Chase has been excited to see how the name/event has become more known in a wider sense.

“It’s nice for me to know that five years in we’re not necessary a household name but certainly people are very aware of Flashback February,” said Chase. “They’ve heard it, it percolates, it sparks something in their head that there like ‘oh yeah that thing is happening where they do history stuff,’ and so thats been exciting for me to see as someone who was with it in its infancy.”