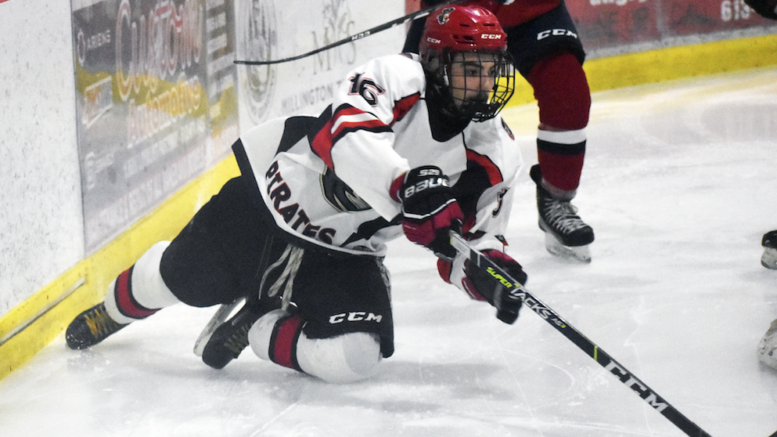 The Picton Pirates remain within striking distance of third place in the Provincial Junior Hockey League’s Tod Division as the 2021-22 regular season draws to a close.

Picton (13-11-1) finds itself two points back of the Port Hope Panthers with five games to play.

The Pirates earned a split this past weekend, besting the visiting Campbellford Rebels on Thursday before falling to the Raiders in Napanee on Friday. 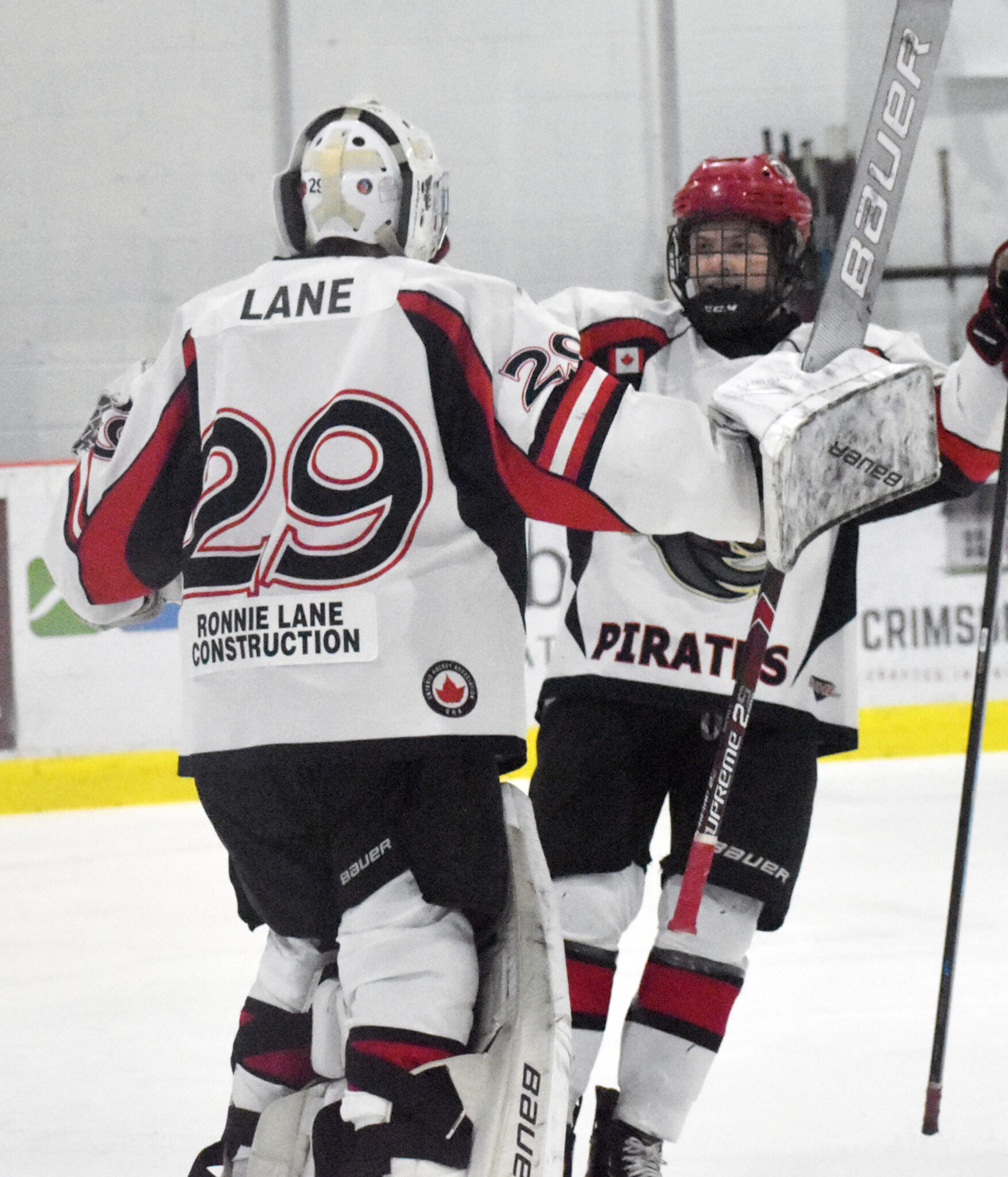 The Strathcona Paper Centre has been a house of horrors for the Pirates in recent years and Friday was no exception. The club surrounded a pair of goals in the final two minutes of the first period to allow the hosts to head to the dressing room with a 3-0 lead after 20 minutes.

“Down 1-0 we are in the game but down three goals, it’s a tough hill to climb in that arena,” Pirates General Manager Jason Parks said. “We know we are going to get back into the game but too many things can go wrong and it’s difficult to keep pace. We did a pretty good job of that in the last two periods but you just can’t expect to play like we did at the end of the first and have success against the Raiders.”

After Issac Brown made it 1-0 at the end of a four minute Napanee powerplay at the 11:40 mark, Beckett Palmer-Stephen was left alone in the high slot at 18:26 and beat a screened Owen Willis for the games second goal.

Then, just after Picton misfired on a two-on-one rush, the Raiders returned up ice and while Willis was able to stop the initial man advantage scoring rush, Ben Chubbs was able to pick up a loose puck behind the Pirates net and stuff it home for a three goal lead at 19:13.

Picton got back into the game in the second when Owen Dever batted a puck past Raiders starter Bailey Maracle at 5:35 for a Pirates powerplay marker.

Picton might have had an inclanation it wasn’t going to be there night as Pirates winger Nate Boomhower saw a bouncing puck and a wide open net befuddle him in the slot area.

Napanee’s Soren Zamuner would race unopposed to the Pirates net at 7:19 and put on a nice move to beat Willis at 7:19.

The Pirates were able to to get to within a pair in the early part of the third as Noah Brant ripped a power play goal at 3:52 but Napanee’s Johnny Wright replied with a man advantage tally at 7:21 to make the final 5-2.

Picton got a promising performance from netminder Nolan Lane a night prior as the Wellington native stopped 38 shots in a 4-1 win over Campbellford.

The locals cashed in on a power play opportunity in the first when Dever tipped a point shot from Boomhower at 11:54 for the first’s only tally.

Dever was at it early in the second when he fed Landon McLellan in front 72 seconds into the second to give Picton a lead it would never relinquish.

Lane’s only blemish came partway through the period when Andrew Moran scored a power play goal from the blue line off a screen shot at 10:31.

But the Pirates were able to restore the two goal spread just over two minutes later when Dever swept a puck past Campbellford starter Mitch Bown at the 12:38 mark.

The Pirates didn’t bend in the third as Lane made 17 of his 38 stops in the final frame.

Picton’s Ian Harrison would fire home an empty netter with 1:14 left in the contest to salt the game away at 4-1.

Picton hosts Amherstview on Thursday and then travels to Port Hope on Saturday.