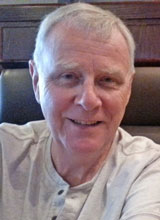 Retired Kiln Operator, Essroc/Lafarge, Picton
Peacefully entered into rest at Hospice Prince Edward, Picton on Wednesday, February 16, 2022, David Hennessy of R R 8, Picton died at the age of 75.  He was the son of the late Allen & Gladys Hennessy (nee Tuttle) and beloved husband for 54 years to Donna (nee McKinney).  David was the loving father of Jeff (Chris) of Newmarket, Richard (Heather) of Napanee, and Kim of Picton.  He was the dearest grandfather of Cassie (Dawson), Cameron, Dallas (Kassondra), Damir and Zoe and great grandfather of Amelia.  David is survived by his sisters Naomi Allick (John) and Dianne Hennessy, Roger Hennessy (Brenda), all of Kingston, and Dennis Hennessy (Jorge) of Calgary, the late Carol Hennessy and he will be fondly remembered by his many nieces and nephews.  Mr. Hennessy is resting at the Rushnell Funeral Home – Picton Chapel, 33 Main Street West, Picton (613-476-2450).  In keeping with David’s wishes, cremation has taken place and a Private Graveside Service will be held at Belleville Cemetery in the Spring.  If desired, donations to the Hospice Prince Edward would be appreciated by the family.  Online condolences and to share memories of David, please visit:www.rushnellfamilyservices.com