As the 2022 Winter Olympic Games wrapped up in Beijing, China on Sunday, the medal standings showed Team Canada with 26 medals. That number is always subject to increase or decrease based on results from performance enhancing drug tests-which unfortunately happens from time to time at these kind of events-but as of presstime it showed 26. Evaluating Canada’s results is tough-the 26 medals they earned matches the same number of medals won on home soil during the Vancouver, B.C. games of 2010, though it’s a decrease from the 29 won in Pyeongchang, South Korea in 2018.

For the Beijing Games, Canada total number of medals won placed them in the top four (behind Norway (37), Russia (32) and Germany (27). Some critics are quick to point out however that of Canada’s total medal count ‘only’ four were gold.

Compared to B.C., the home team captured 14 gold medals and then eight years later took home 11 gold from South Korea. For what it’s worth, we think Canadians have plenty to be proud of from this Olympics. Finding fault with the games has become somewhat of a pastime for some people and, admittedly, it’s not that hard to do. A few months ago this very column criticized the International Olympic Committee for selecting China as a host nation-and we still stand behind that criticism.

As mentioned above the games are still marred by doping controversies-and the last two weeks saw its share of those. No fans in the stands can really dampen the mood and serve as a reminder the pandemic still isn’t over-although the fact that COVID-19’s country of origin was able to host an international event less than three years after the discovery of the virus is something.

Whether or not that was a good idea is certainly up for debate. But through it all the games do continue to carry on that tradition of seeing the best of the world compete on the biggest stage while celebrating sportsmanship.

Even if scandals have taken some of the shine of the Olympics’ luster over the years, they still have a way of uniting a country as we come together to cheer on our athletes-something this country could certainly use given the last month.

The games always take on extra significance when one of our own is on the screen and Prince Edward County can loosely say one of theirs was part of the Canadian Men’s Olympic Hockey Team. Sure, it seems eons ago when an affable young Eddie Pasquale was attending PECI and spending his winter afternoons working out with his fellow Wellington Dukes at the old Dukedome way back in 2006. Pasquale and his teammates were hoping for a different result than a quarter finals loss to Sweden but the Olympic experience was likely a rich one for the short-term County resident.

On the much brighter side, the entire continent was glued to the Women’s gold medal game and Canada’s most recent set-to with the United States will hopefully be a spring board for the women’s game and inspire a new legion of players yearning to be the next Marie Philip-Poulin.

If that golden feeling the Canadian Women’s National was feeling after besting their counterparts from the US could rub off on all of us, wouldn’t that be the perfect elixir for division and strife we’ve felt for the last month? 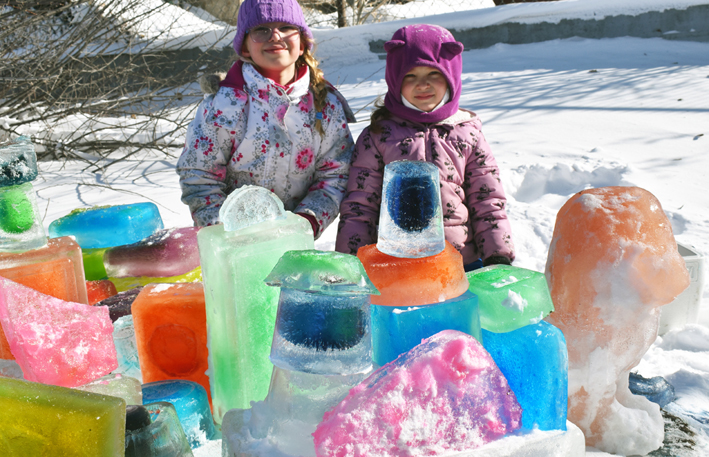 Madison Prosper and Holly Ballard, both 6, took part in the Department of Illumination’s Winter Magic live event on Sunday afternoon at Benson Park. The collection of family-friendly art installations that have populated the Park since Feb. 1 had an audience of over two dozen people this weekend as local improv duo Short Attention Spa braved the cold and performed for attendees. Winter Magic will remain at the park until March 15 and is supported by a grant from My Main Street in partnership with the Picton BIA. (Jason Parks/Gazette Staff)