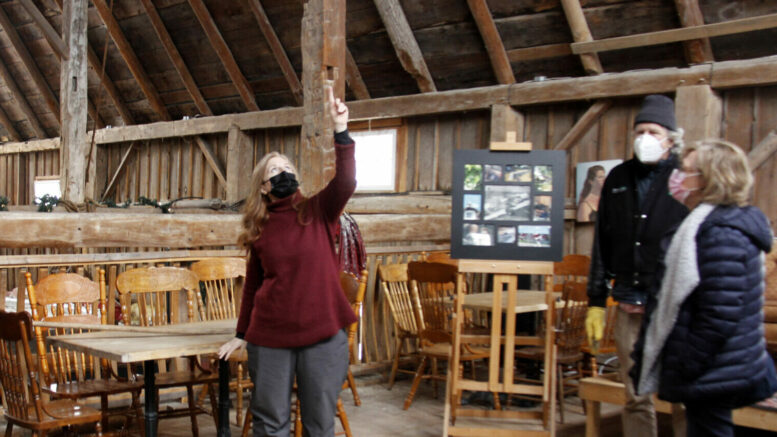 Owner of Karlo Estates Winery Sherry Karlo, hosted historic barn tours as part of Flashback February for 2022. (left) Karlo is pointing out where the original frame of the barn was when it was first built as well as the work they had done when they purchased the property in 2005. (Desirée Decoste/Gazette staff)

In the early 1800’s, the property was owned by the Stevenson family who was the first to build a homestead on the land. The property was used at various times for grain, as a tomato farm and a dairy operation. The barn itself was built in 1805 in three phases.

The Stevenson family owned the property for over 200 years until The late Richard and Sherry Karlo purchased the land from the Stevenson’s in 2005.

The drystone wall that frames the barn was built in the fall of 2005, with planting of the vineyard beginning in 2006 with Pinot Noir, Chardonnay and Frontenac Noir. 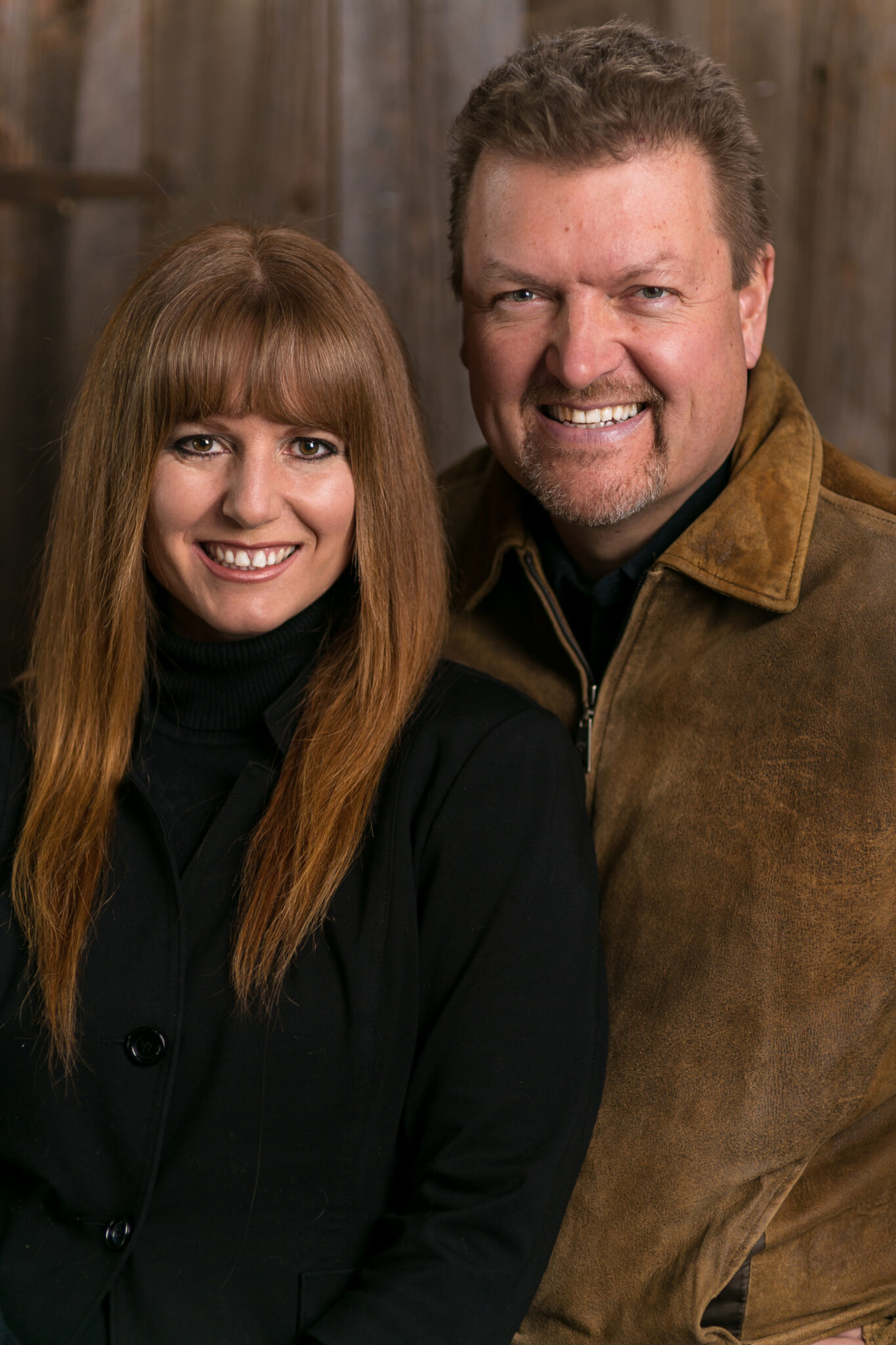 In 2007,  Richard built the iconic drystone bridge over Hubbs Creek which winds through the property.

“The patio we actually build ourselves but we built it by using reclaimed pieces of another barn,” Sherry explained to the group. “You know how a lot of guys when they’re rebuilding an antique car they’ll buy two antique cars and use one for parts? well we do that with barns. We did this with some local timber framers and we first started this one little section ourselves with them, they actually did it with us and taught us how to do it and then we realized it wasn’t big enough so we built this little side piece which we eventually plan on tiling and then having it to be a little demo kitchen so we can bring in chefs.”

The late founder and Winemaker at Karlo Estates also designed and planted their first vineyards on the property. With his training in Civil Engineering he designed their estate layout and barn repurposing.

“Two days before we were opening to the public I decided to go into town while my late husband and Pete Bradford at the local cooper in town were working on fixing up the barn to get it sound,” expressed Sherry. “Richard was a civil engineer so he had a love of buildings and he had to have a hip barn when we were looking for land for the winery. And when I came back from grocery shopping they had torn all the rotted wood which looked like hanging linguini off the back south walls, luckily they had all the blond wood that you can see which was milled at a local watermill so they were able to mill it in the traditional ways that the barn would have been built hundreds of years ago.”

The tour began on the patio where the wood stove was running and blankets were at the ready. The tastings and food pairings took place first while everyone is seated which then leads into the tour of the barn and ends up in the wine lounge, which is open all-year-round.

From teaching how to taste wine properly, to how to get another glass of wine without asking your host, Sherry made the experience fun and knowledgable.