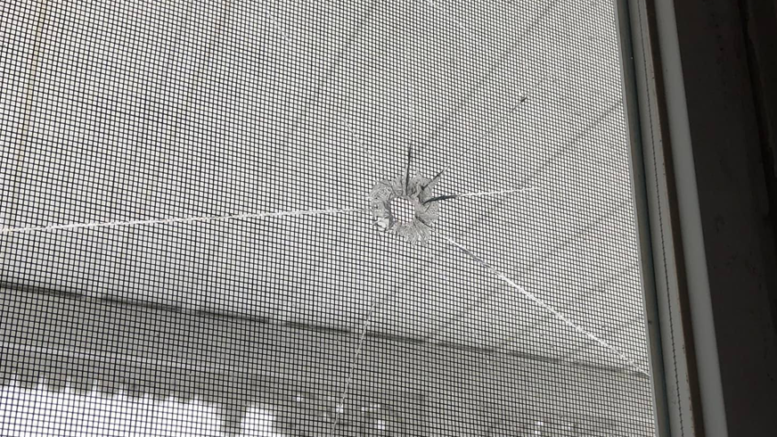 Photo evidence of a bb or pellet that was fired through the window of a Picton home owner. (Facebook photo)

Prince Edward OPP have tracked down and arrested an individual who allegedly was targeting Picton-area businesses and homes with a BB weapon.

On Thursday, March 3, 2022 members from the Ontario Provincial Police (OPP) Prince Edward County Detachment and the East region Street Crime Units (CSCU) from Prince Edward County, Quinte West, Lennox and Addington were continuing the investigation involving BBs being shot at local businesses and vehicles in the downtown core of Picton ON.

At approximately 10:00 p.m. officers observed a person acting suspiciously. As the police approached, the male fled on foot. After a short foot chase the male was arrested. Additional investigation revealed the male was wanted for previous offences.

As a result of the investigation Paul Johnston, 32, of Quinte West, Ontario faces the following Criminal Code (CC) charges:

Failure to comply with release order – other than to attend court CC 145(5)(a) , two counts

The accused was held for a bail hearing on March 4, 2022 and subsequently remanded into custody with a scheduled March 7, 2022 court date at the Ontario Court of Justice in the City of Belleville.