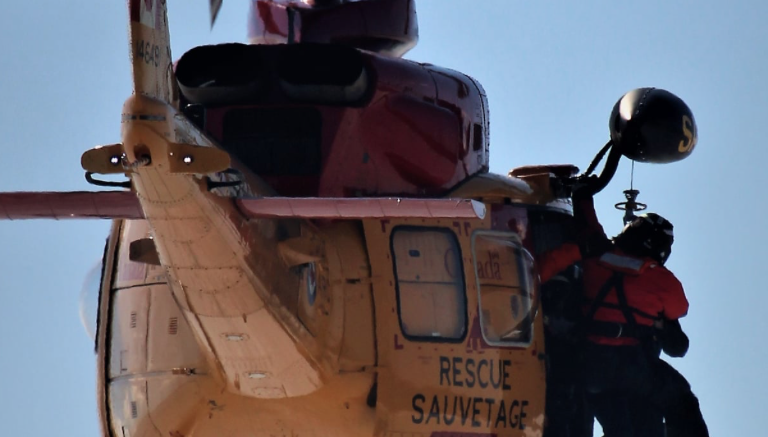 An angler is hoisted aboard a JRCC rescue helicopter Sunday afternoon. (Janyce Mann for the Gazette)

An early spring fishing expedition in the frigid waters of Lake Ontario nearly turned deadly for a pair of anglers Sunday afternoon. 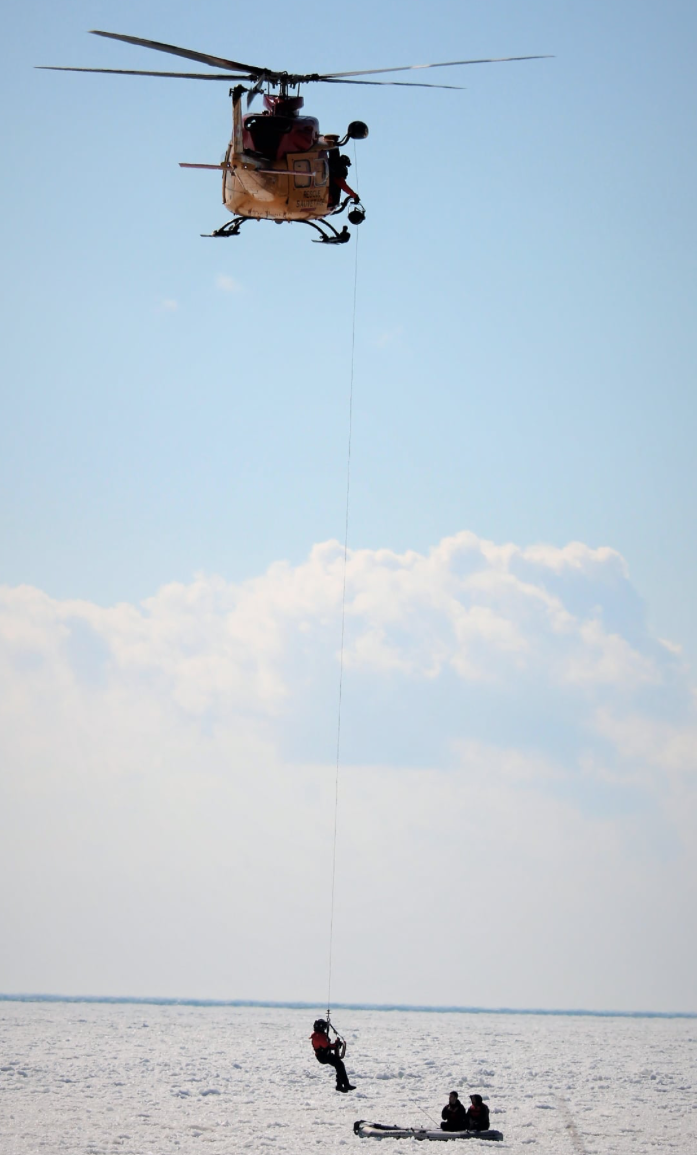 The boaters had left the shoreline in open water then later were trapped by the moving ice and high winds.

The high winds impeded the fire department rescue boat from reaching the boaters via fortuna craft.

The JRCC then conducted a successful hoist rescue for the boaters.

There were no injuries.

The OPP would like to remind everyone the ice is constantly changing in response to weather and water conditions and is effected by many different factors including thickness, currents, age of the ice, pressure cracks and snow cover.

While the water may look tempting for fishing or other activities, PLEASE make the safe decision to STAY AWAY. The recent temperatures have been erratic. Don’t put your own life, and the lives of first responders at risk.

For further information on ice safety from the Lifesaving Society, visit: http://www.lifesaving.ca/main.php?lang=english&cat=watersafety&sub=ice