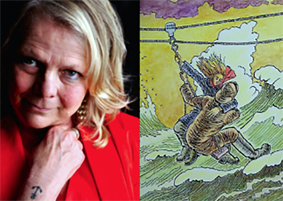 A good cross section of tales and accounts of local maritime history was detailed in the Flashback February series of events organized by the County of Prince Edward.

The dramatic reading, which was filmed a week prior, was undertaken by Sandra Leighton, with Sadie McFadden as vocalist and Tom Leighton as music director and pianist. The group of participants via Zoom, enjoyed the story of Minerva Ann McCrimmon, a 17-year-old ship’s cook and captain’s daughter on the 125-foot barley schooner The Davide Andrews.  The ship was difficult to handle and while no man could make her steer a straight wake, McCrimmon proved to be more than a capable pilot in the rocky graveyard of eastern Lake Ontario.

In 1882, Minerva rescued the crew of her ship when it wrecked off the shores of Oswego, New York. Shortly after the rescue she died at the age of 21 and is buried in the little cemetery in South Bay.

A harrowing heroine tale, McCrimmon’s life story has been told on stages in a folk opera written and composed by Pasternak and Tom Leighton 31 years ago. After years of live performances and undergoing development at Mirvish Productions, the pair decided to bring McCrimmon’s incredible story home to the county and make a permanent record of her life through a literary effort. Minerva is available for purchase at Books & Company in Picton. 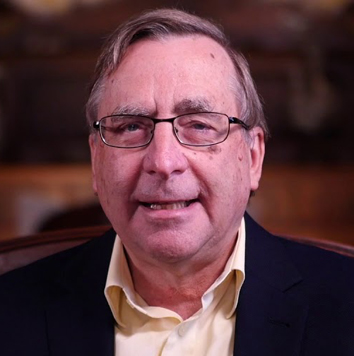 Later in the month, The Friends of Wellers Bay hosted local historian Dan Buchanan via a Zoom meeting to present history of Carrying Place, Presquile Point, and the Bay of Quinte. The first focus was on Asa Weller and his establishment at Carrying Place.

Born May 2, 1761 in Manchester, Bennington, Vermont, USA , Weller came to Carrying Place in 1791. Wellers Bay, which is named after Asa, was formerly known as Lake Kente and was renamed shortly after his arrival in the county. “Think 1792,” Buchanan said. “Remove the Murray Canal, remove a good deal of sandpits that are blocking Wellers Bay and we’re left with this very important isthmus that defines the Bay of Quinte and Lake Ontario. People have been using that for eons of time to get across the north side of the lake.”

The province of Quebec had just divided into Upper and Lower Canada and General John Graves Simcoe had been named first lieutenant governor of Upper Canada, present-day Ontario.

“Now Asa Weller had come a couple of years before and he checked out the mouth of the Trent river and already found traders there so he decided to setup on the east side of this very important land bridge,” stated Buchanan “Asa was a pretty smart guy, he saw this was a great way to generate revenue because more and more people were going to be coming to this area. Of course, he was very well connected, he had already married the daughter of Colonel William Marsh, and no better higher ranking UEL personage then that, plus he was just very ambitious.”

Asa Weller died March 17, 1825 at the age of 63. By that time the importance of the Bateaux railway was reduced and would eventually be replaced by the role of port for steamboats on the Bay of Quinte and would also function for a time as a key stop for stagecoach lines between York (now Toronto) and Kingston.

For more information on The Friends of Wellers Bay please visit  www.friendsofwellersbay.org/