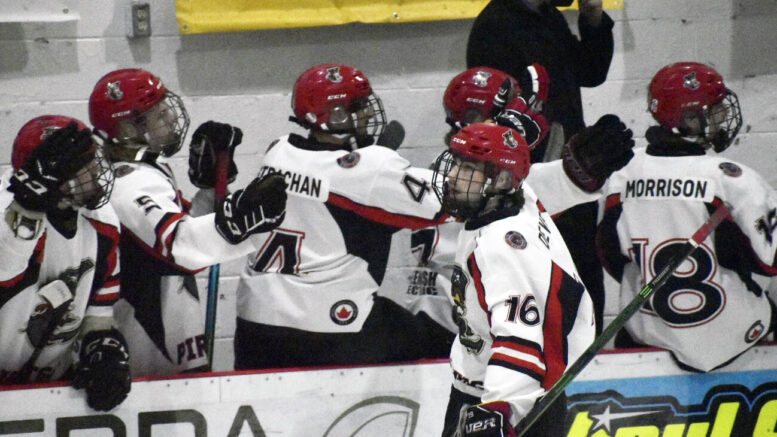 The Picton Pirates turned in a workman like effort in Game 5 of their Provincial Junior Hockey League playoff series with Frankford Thursday, blanking the visiting Huskies 4-0 and punching their ticket to the 2022 Tod Division semi finals.

For a team that was shocked by Frankford a week ago in Game 1, the Bucs rounded into fine form over the last four meetings, allowing just three goals while spending significant amounts of time with puck possession.

“Being able to play three games in three nights allowed us to take a physical toll on a young team in their first taste of the PJHL playoff play,” Parks said. “Much to their credit though, Frankford battled hard and kept the games from being cake walks.(Coach) Pat Shearer and (GM) Ian Green had a tough regular season but that group should hold their heads high after this last week. They made us work for it all five games.”

Parks pointed to the efforts of net minders Hayden Candler and Cameron Airhart who had a big hand in keeping the Pirates for getting rolling.

“Both those guys came up with some big saves at times when a goal could have started an avalanche,” the GM added.

With over 400 fans taking in the action at Huff Estates Arena, Picton opened the scoring at 7:59 when Owen Dever managed to squeak the puck through Airhart’s legs and the tumbling disc crept over the line for what would stand as the series clinching goal.

Dever was in on Picton’s second goal just under three minutes later, starting a rush from below his  blue line and spotting Noah Brant on the far side of the ice. 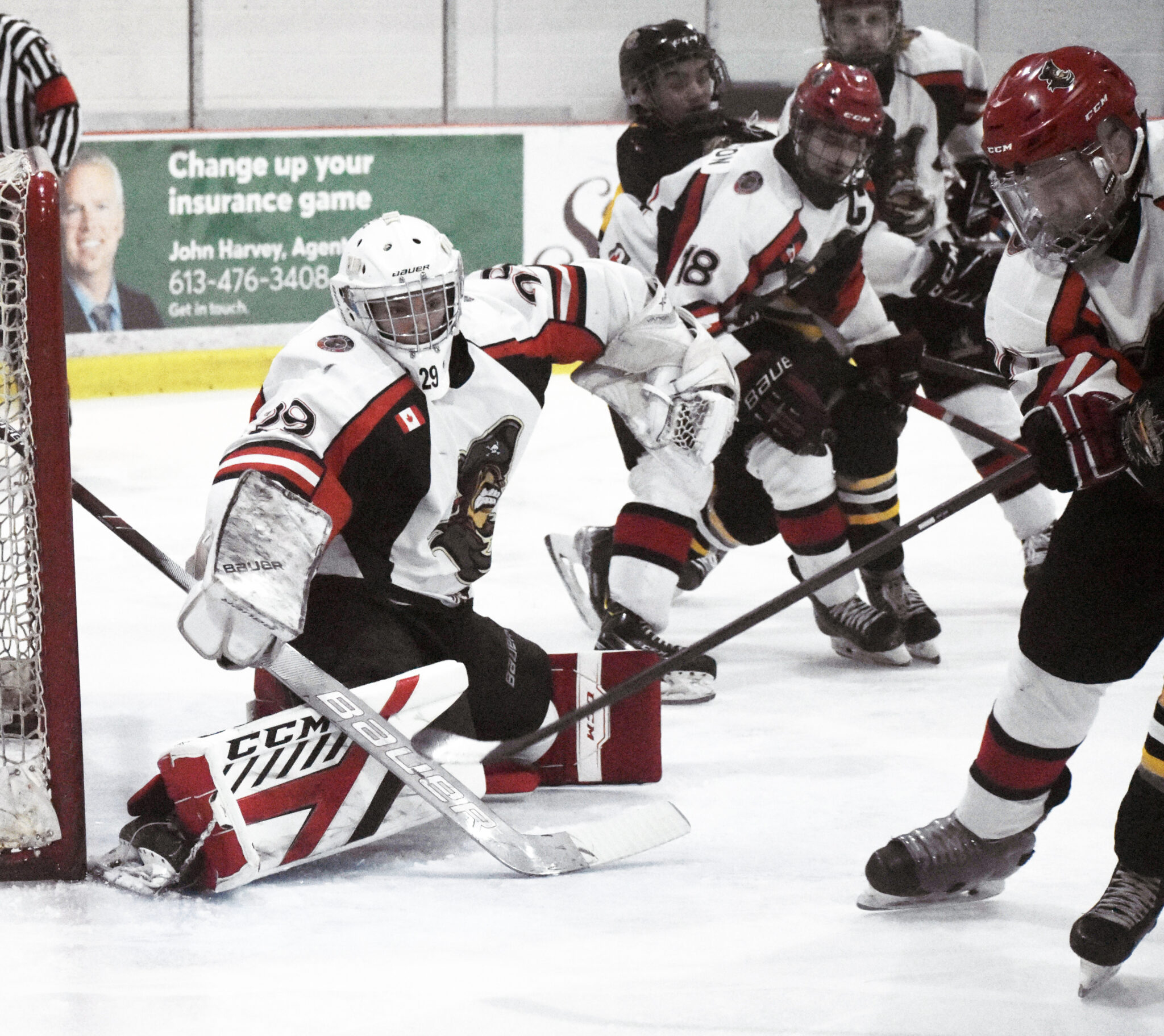 Brant delivered an area lead pass to Landon McLellan who was able to skate in and beat Airhart high to the short side at 10:33

That trio put the game out of reach on their next shift as McLellan and Brant had whacks at the puck before Dever went high glove side at 13:18.

“I know I might sound like a broken record but it’s great to see it all coming together for Owen Dever. For a guy that’s battled injuries his entire hockey career, he’s playing on his own terms night now and we can all appreciate that level of dedication and perseverance,” the GM added.

Picton outshot Frankford in the opening period 11-6 and then fired 15 volleys Airhart’s way in the second.

But the Campbellford native was solid and the Pirates were unable to break through until late in the stanza.

MacDonnell jumped into the slot area and Morrison was able to deliver a smart tap in pass for the Kingston native who scored his first PJHL playoff marker.

“We talk a lot about development and the way we try to promote our younger players by giving them opportunity but it’s not lost on myself or the coaching staff on how well Aidan is playing right now. He and Hunter Matthysse are playing the best hockey of their lives right and that’s crucial defensive depth you need this time of year,” Parks added.

Up 4-0, Picton was able to defend their zone in the third period and kept Frankford from finding the back of the net behind starter Nolan Lane who posted his first PJHL playoff shutout.

“After getting victimized in Game 1 on some bad bounces, it was great to see Nolan find his form again and getting a goose egg a week after feeling so low after Game 1 was nice to see,” Parks said.

Clinching the series on St Patrick’s Day was likely in the cards for Picton. The Pirates seem to have an affinity for that date as the organization won the Tod Division (Formerly Empire League) in 1999, 2011 and 2014 on the day honouring the patron saint of Ireland.

On a more sombre note, the club held a moment of silence prior to puck drop for long time Pirates fan and Point Petre native Andy Cole. Cole, who was a fixture at arenas, soccer pitches and ball diamonds throughout Prince Edward County, passed away last week.

Picton will meet up with their Skyway Bridge rivals in Napanee on Tuesday for Game One of the Tod Division Semis.

The Pirates will host Game 2 on Thursday March 24.

The rest of the series is as follows: