In an age of political tribalism synergized with outrage-ok, more like faux social media outrage- the announcement of a pact being struck between Prime Minister Justin Trudeau and New Democratic Party of Canada Leader Jagmeet Singh buried the needle Monday night.

Reports Singh’s party would prop up the Liberal minority government in confidence motions and budgets until 2025 as long as key NDP policy wishes are met spread far and fast Monday evening to which Conservative Party of Canada interim leader Candice Bergin tersely tweeted “God help us all.”

Bergin was wrong in writing the pact creates a coalition government. In order to meet that definition, NDP MP’s would have to be represented in cabinet. This deal, which will keep Canadians away from the polls for at least three years, is ‘supply and confidence’.

As long as the Prime Minister pulls in the direction the NDP wants to go, the status quo will remain.

As the majority of Canadians voted left-of-centre in the previous election, it stands to reason the Liberals and the NDP would eventually align this way, especially after Trudeau’s gambit in the fall failed to produce a majority government that would have allowed him to produce realized campaign promises on his own terms.

There will be plenty of gnashing of teeth from the right of centre group but here’s betting the short term pain will wind up being a long term gain for the CPC. First, if reports are accurate, Trudeau will step away from politics whenever this socialist utopian waltz hits its final note in 2025 or before. It seems now more than ever Trudeau recognizes he is a polarizing figure and for the good of the country, he needs to step aside.

Even the Canadians that support him realize his shelf life is coming due.

So if you loathe the current Prime Minister and you are driving around with flags to that effect on your truck, you can take solace he’s likely out of office in 2025.

So a fixed expiry date on the Prime Ministership is something the CPC can rally around and use to seek out a leader that will be more than a barking dog al a Pierre Poilievre. And who knows, maybe the coming together of Singh and Trudeau was a way to short circuit a successful Poilievre CPC leadership bid. Nice hair though.

If the CPC are serious about winning the 2025 election, they need to go long on policy and shorter on wedge issues that produce snappy social media memes and gaslighting.

Plenty can change between now and when the next writ is dropped but it’s very likely the path to power will always go straight through centrist Canadians and these have been proven to be voters who would like Conservative wheel house planks like tax cuts and a thriving economy but also want to see a reckoning of social justice and firm action on climate change.

In the mean time, it appears Canadians in the lower and middle class are finally going to see a national pharamacare plan and national dental care strategy and for a lot of people living and working just high enough above the poverty line to not qualify for provincial benefits, these two crucial investments in the health of our citizenry can’t come soon enough.

This is true particularly in Prince Edward County where employment with a benefits package is a rare species given our dependance on small employers and part time work. Drug coverage would be like manna from heaven for a lot of us.

With short term stability in place and a laundry list of measures that will improve the day-to-day lives of Canadians without a robust benefits package from their place of employment, the deal between Trudeau and Singh may not fit the bill of those looking for an immediate changeover in government.

But looking at how Canadians voted in the 2021 election, it’s a palatable pact in an uncertain time that most can digest. 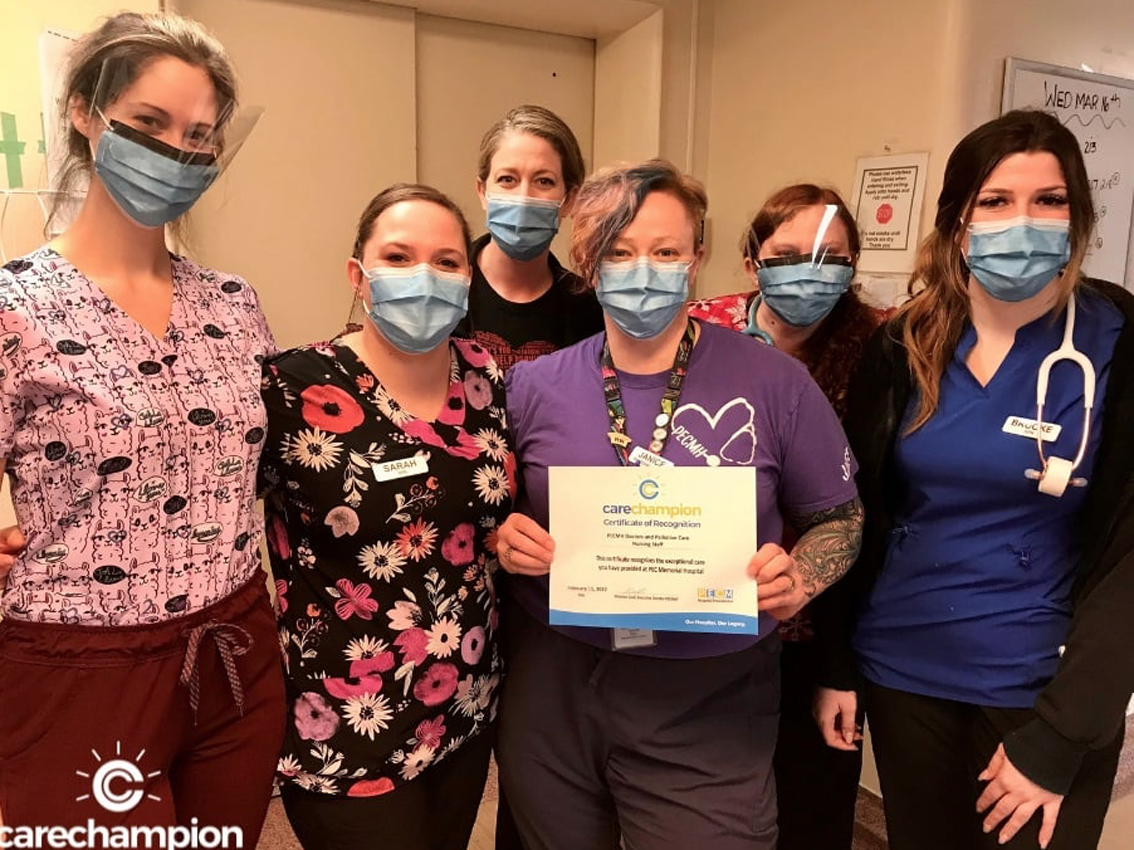 HERE ARE THE CHAMPS Nursing staff at Prince Edward County Memorial have been nominated as “Care Champions” by the family of a patient that received palliative care at the local hospital last fall. The family was grateful for the care their loved one received and made a donation in her memory to recognize the medical team on the inpatient unit. The public can make a donation and nominate a Care Champion today by visiting www.pecmhf.ca. (QHC Photo)