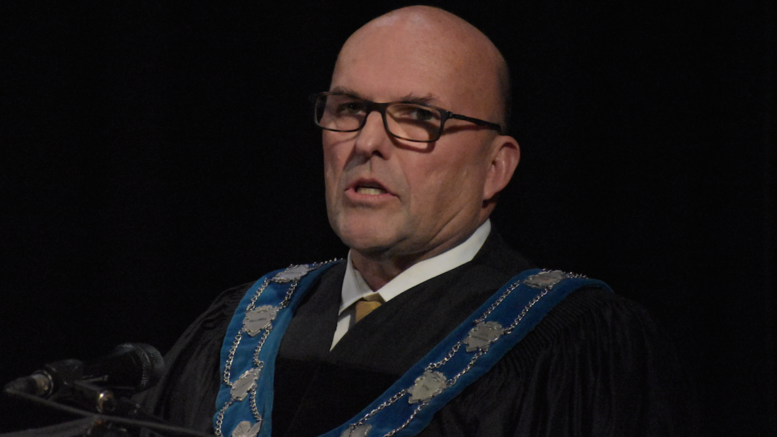 This past Christmas, Picton lost one of its hardest working citizens when Owen Jones passed away on December 25 at the age of 68.

Recognized by many but truly known by a select few, Owen worked in solitude cleaning the town streets and shovelling snow for decades. He asked for nothing in return and worked despite the summer heat, the rain or the snow. In recognition of this, Prince Edward County Mayor Steve Ferguson issued a proclamation during the last Regular Council Meeting declaring April 23rd 2022 Owen Jones Memorial Clean-Up Day.

“Certainly, there’s been considerable interest and conversation about this in the community. This proclamation is being made with the agreement and approval of Owen Arthur Jones family,” noted Ferguson.

In his proclamation Ferguson paid heed to the hours of work Jones spent cleaning the gutters and streets in spring, summer and fall, as well as the hours spent shoveling the sidewalks and in town during the winter, effectively allowing safe passage for pedestrians in and out of local businesses.

“For many years, Owen took it upon himself to work tirelessly during the spring, summer and fall to keep the curbs and cutters clear of debris, and in the winter months made sidewalks passable to pedestrians to enable safe access to businesses along Picton Main Street,” said Ferguson.

Ferguson echoed the sentiments of many County residents when he noted Jones’ efforts were appreciated.

“Owen Arthur Jones and his efforts on behalf of the community are sadly missed but are sincerely appreciated and deserving of recognition,” Ferguson expressed.

The proclamation put forth by the mayor will ensure that each April there will be an Owen Jones Memorial Clean-Up Day wherein people can clean the streets as Jones did so tirelessly for much of his life.