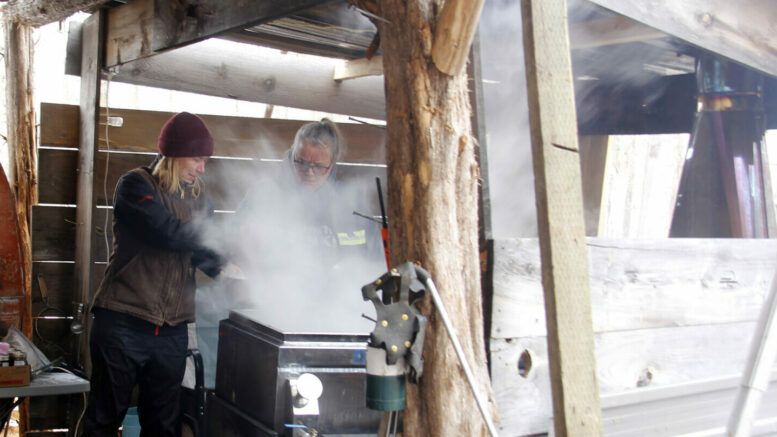 Campbell’s Orchards of Rednersville might be best known for their apples and all the succulent treats they make with them. But Colin and the crew have added maple syrup to the farm’s mix of produce and the results couldn’t be sweeter.

As part of the 2022 Maple Madness tour in Prince Edward County last month, Campbell’s offered a walk and talk through Murray’s sugarbush where, along the way, you learn about the delicious process of making maple syrup and the history of the farm. 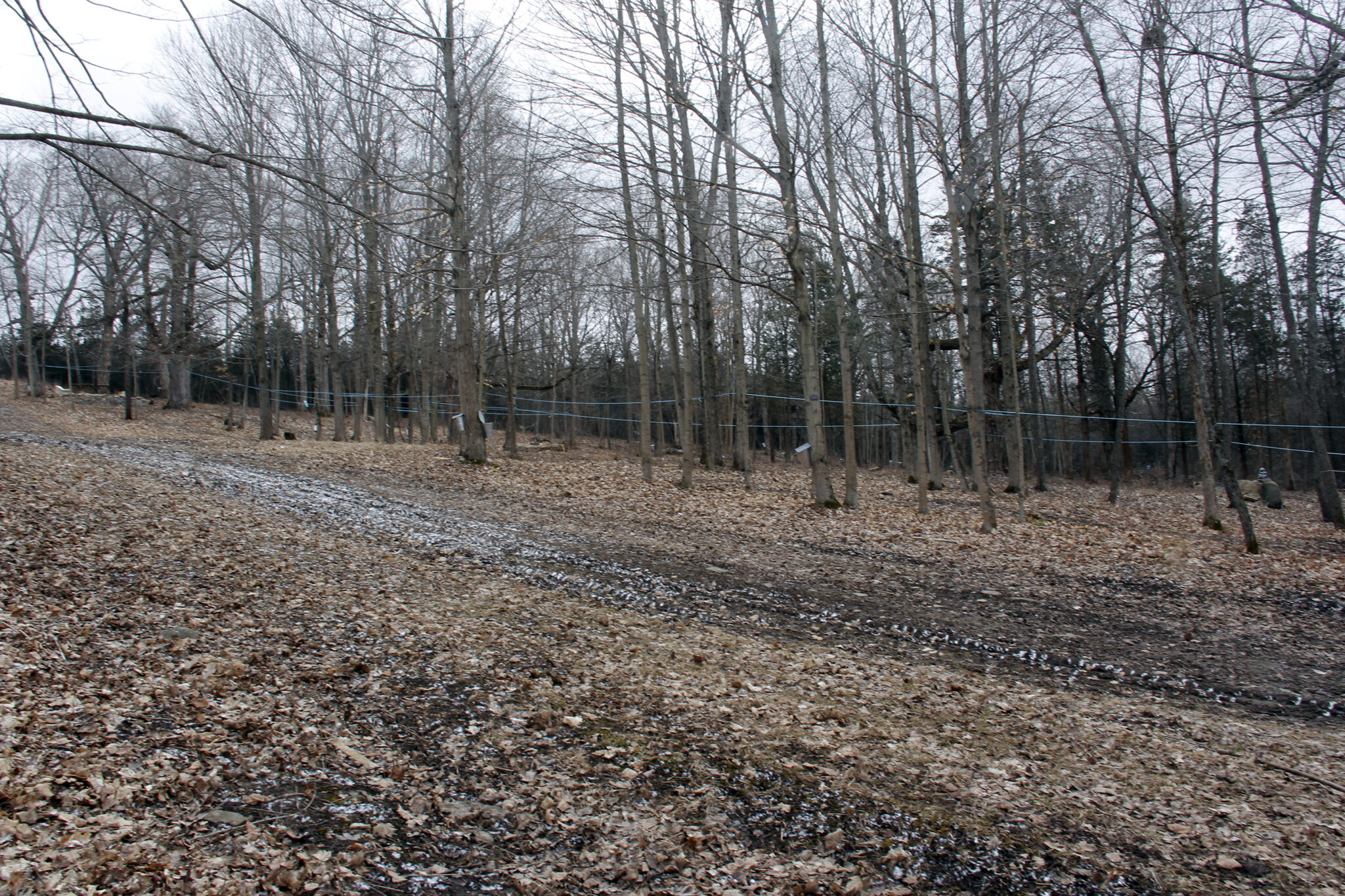 The sugarbush is called Murray’s after the late Murray Campbell, who purchased the farm with his wife June in 1969.

Colin Campbell, the oldest son of Murray, took the reins of the farm market operation when his father passed away in 1979 and has turned it into the multi-faceted see today.

It was in 2018 when John Campbell, son of Colin, took an interest in maple syrup and did his first experimental boil. The first official sugaring season for Murray’s Sugarbush was in March, 2019.

“We depend on gravity where a lot of the bigger and sophisticated operations have a vacuum pump that literally pulls the sap out of the tree,” Colin Campbell explained. “Taps and buckets are more passive were sap just comes flows of the tree.”

Jacqueline Jesser, Outdoor Event and Tour Manager, told the group sap turns into syrup when the temperature is just right.

“To make it into maple syrup the cooking temperature needs to be 7 degrees above boiling point and boiling point is 212 fahrenheit,” said Jesser. “As soon as it hits a certain point you have to really watch it and take it off. If you go higher, you’re going to get soft boiled taffy and then hard candy. And if you take it to the next notch at 250-260 you’re going to get maple sugar.”

After a taste test, the group of eight walked back to the main building and learned along the way why Campbell’s puts white silicone paint on the bottom of their apple and pear trees.

“We put a silicone paint on the bottom of the trees and we do that for two reasons,” Jesser stated. “One to prevent mice from climbing up and the second, in February everything is frozen, when the sun hits the base of the tree the darkness absorbs the sun and gets hot and when it does the tree thinks its spring and starts to bring the sap up and then it freezes and that damages the tree. So when we paint with the white silicone paint it reflects the light and then it will stop that from happening.”

The walk concluded with a hot apple cider or hot chocolate and a snack.