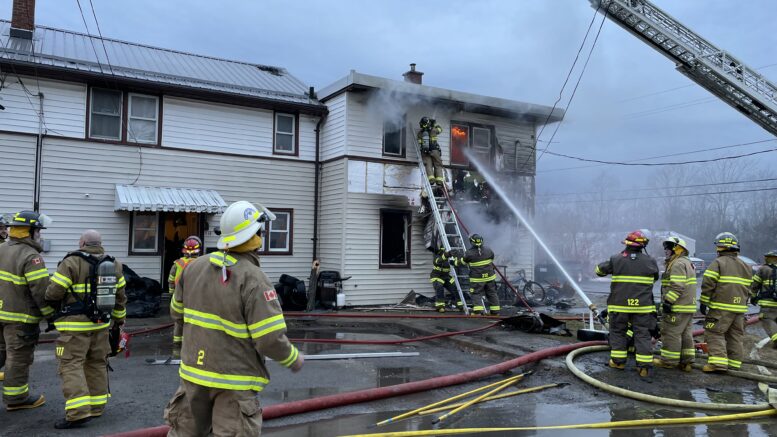 Although not deemed suspicious in nature, a fire in a Picton development causing an estimated $500,000 in damage remains under investigation this week.

Disaster struck a family home on Reichswald Court in Macaulay Village on Wednesday March 30 when fire engulfed the building. While the occupants of the home were able to escape, damage to the home was considerable.

Attending fire crews reportedly faced significant fire and smoke coming from the front of the residence upon arrival. Both the Station 1 Fire Crew and Station 2 Fire Crew attended the scene.

Two residents were transported to hospital for observation and released later in the evening.

While fire crews contained the fire to unit 13, unit 14 sustained smoke and water damage. The Salvation Army arranged accommodations for those displaced by the fire.