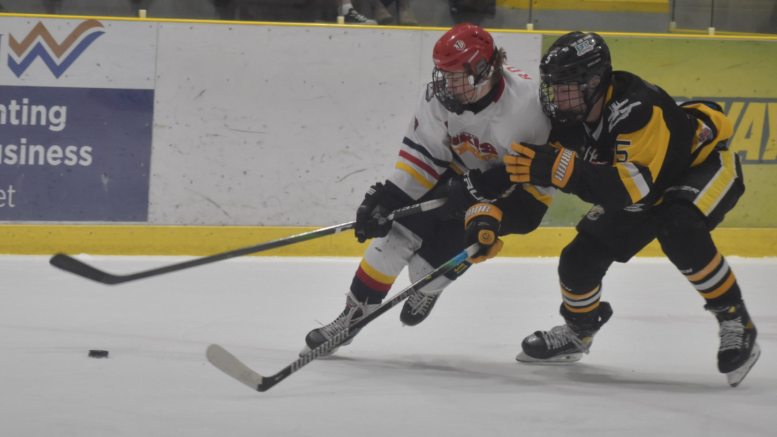 That previous sentence was in peril of not being accurate all weekend long but with some fortitude and a little help from some lovely friends in Lindsay, the Wellington Dukes will enter the 2022 post season at the top seed in the east division playoffs.

And with a shortened playoff structure that will see the first and second rounds played as a best-of-three, occupancy of the loop’s penthouse highly desired real estate this spring.

“It’s an amazing accomplishment, especially after the early adversity we faced and the compressed schedule down the stretch,” Wellington Dukes coach Derek Smith told the Gazette Tuesday. “We’ve been growing and developing and building a strong culture here and it’s wonderful that it’s paid off in a division championship. Now the real work begins.” 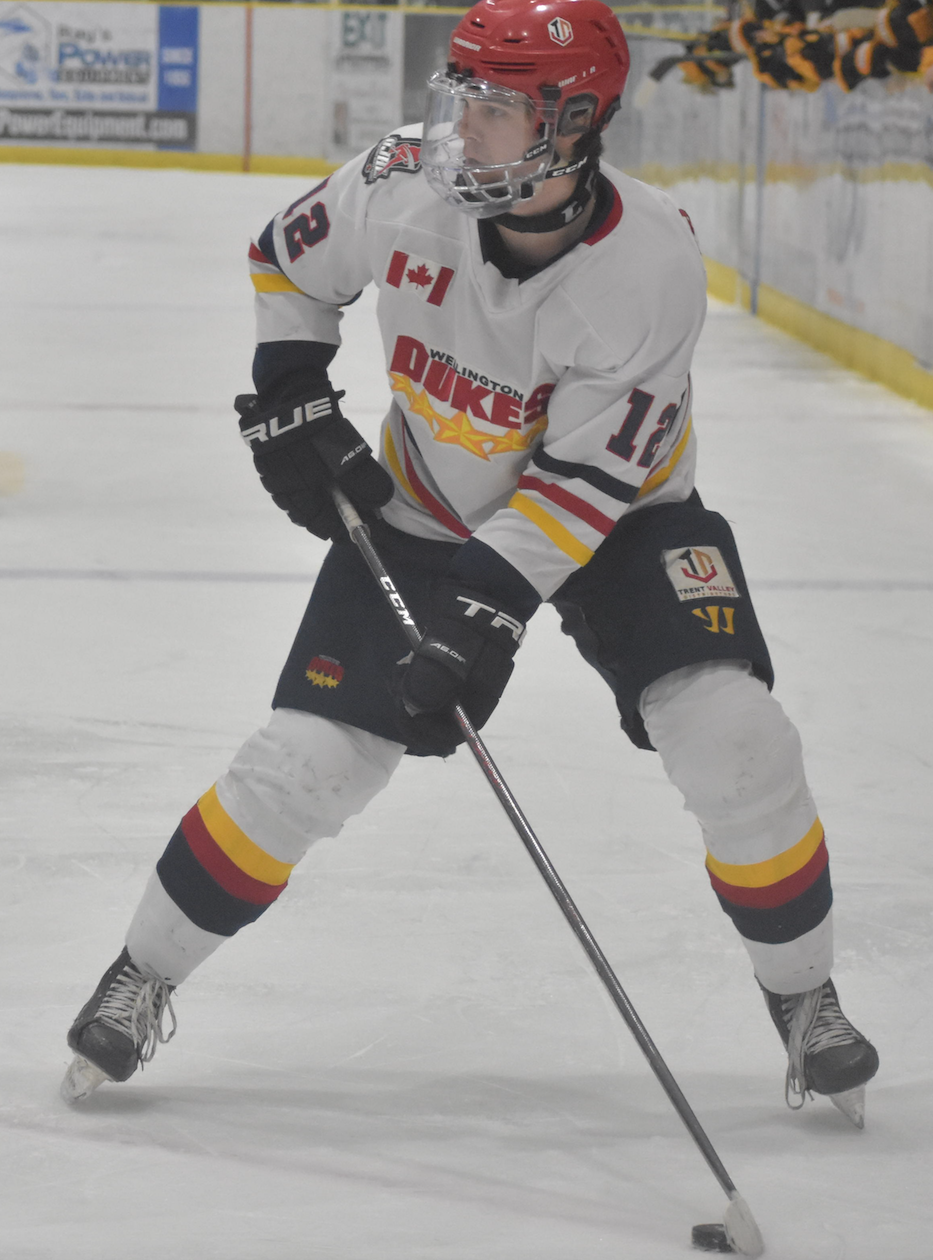 Wellington’s bid to be top in the division took on some water Friday night when the hard charging Trenton Golden Hawks were able to shade the hosts in overtime and skated around the Lehigh Arena jubilant in the securing of the Hasty P’s Cup.

But Wellington still had a bullet to fire and a 3-2 comeback win on Sunday afternoon against the visiting Haliburton County Huskies kept the pressure on the Golden Hawks who had games in hand on Wellington and enough race track to supersede the Dukes and their 75 points at the temporary top of the East.

Of course, games in hand don’t mean much if you don’t win them. Trenton needed a regulation tie and a win out of their two remaining games and it seemed natural the Loyalist Parkway rivals would secure at least that amount over their final two contests-At home against Lindsay on Sunday and in Cobourg Monday.

But the mighty Muskies, long since eliminated from OJHL post season play, took a big bite out of the Golden Hawks Sunday night, besting them 3-1 and sending Trenton’s hopes of a claiming the East Division down in flames.

Smith said all four teams in the division qualifying for post season play are sound clubs poised to make some damage in the South East Conference so having the luxury of a deciding game at home in a short series could be a deciding factor.

“We will have to be ready to go right away against Cobourg. One bad game and you are setting up to possibly lose your playoff season,” Smith said of the 2022 OJHL playoff structure.

On Sunday, Wellington was able to overcome a 2-1 first period deficit to top the Huskies 3-2.

Rookie Ethan Quick got the home side on the board at the 8:31 mark of the first  thanks to a nice set up by blue liner Creo Solomon.

But lighting struck in short order for the Huskies who were hot on the heels of the division leaders and with a win could have climbed into second   or even first place.

Will Gourgouvelis would tie the game at 14:02 and then Nick Athanasaskos would push the visitors in front at 18:56 by potting an unassisted shorthanded effort past Wellington starter Matt Dunsmoor for a 2-1 lead after 20 minutes.

Wellington was able to get their power play on track at the midway point of the game when Jacob Vreugdenhil made a nice foray into the offensive zone and.was able to tee up Emmet Pierce for his league leading 44th goal of the season at 10:03 mark to tie the game 2-2.

In the third, it was Vreugdenhil leading an even strength rush early in the stanza and the Belleville native made a nice back hand feed to a streaking David Campbell.

The Sault Ste. Marie native has been dynamic this year for Wellington and his 21st goal and 66th point in just his 46th game was the division clincher as Dunsmoor was solid the rest of the way, making 22 stops for his 14 win of the season.

Dunsmoor also got the call Friday night in a hotly contested game against Trenton that saw over 760 fans take in the game at Lehigh.

Former Duke Dalton Bancroft had the ice breaker on the power play at 7:44 as he beat a screened Dunsmoor from the blue line for a 1-0 Trenton lead.

In the second, it was Wellington’s turn to capitalize with the man advantage.  With Bancroft getting the gate for tripping, Campbell collected the puck below his goal line and lugged it to the Trenton net where he was able to slip it past Trenton starter Ethan Taylor at 3:43 of the second.

Campbell was at it again early in the third as he made a nice spin move off a Trenton defender and rolled to the net where he found Graham Dickerson in the high slot. Dickerson rifled a puck that Taylor got a piece of but not enough to stop as Wellington posted their first lead of the game at 2:56.

That lead lasted less than four minutes as Tanner McEachearn beat Dunsmoor low to the stick side off the rush at 6:41 to knot the score at 2-2.

The score stayed at 2-2 into the first overtime where Trenton would win the contest and the extra point.

Devin Mauro’s seeing eye bid from a sharp angle somehow snuck through Dunsmoor 56 seconds into the 4-on-4 stage of OT to end the game 3-2 in favour of the visitors.

With the parameters of when the division finals can finally start, the Dukes will be waiting until Sunday before hosting Game 1 against the Cobourg Cougars.

Game 2 will likely be on Monday in Coburg although the series schedule has yet to be finalized.