The issue with public tributes in the pages of a community newspaper is they generally come as comfort to bereaved friends and family members and the person the author really wants to salute has shuffled off this mortal coil for the unknown of the other side.

So it’s here and now where Leo P. Finnegan gets to know just how big an admirer this corner is of the former Plant Manager at Lake Ontario Cement, Mayor of the County of Prince Edward and our brave saviour of Prince Edward County Memorial Hospital.

Of course, Finnegan will eschew the public display of graciousness in this space and others as news of his dearly deserved Distinguished Service Award- a tribute so fitting it will bear his name when others are noted for having the same level of devotion for our community hospital are also recognized- spreads through the community.

Finnegan’s effort to protect and preserve PECMH have been documented in Canada’s Oldest Community Newspaper prior to hospital amalgamation. Serving as chair of the old Hospital board long before the great amalgamation caper handed to Ontarians by Premier Mike Harper, even Finnegan will tell you it wasn’t always wine and roses around the board table inside PECMH. But somehow, someway, the physicians, administrators and Hospital board members would emerge from a contentious budget meeting as unified in their goal to provide the best possible care for Prince Edward County’s patients should they require a short ER visit or a longer inpatient stay.

This type of management exuded at PECMH in a volunteer role stemmed from Finnegan’s professional management of one of the County’s largest employers-first Lake Ontario Cement and later Essroc. To be sure, there were contentious moments at the plant-labour strife and opposing directives, lay offs, etc. But Leo could always see the bigger picture and how common ground could be found if there were two willing partners. My late grandfather-the second guy hired to work at LOC back in 1958- was always a fan of Leo and the way he “By God, got things done” down at the plant.

A move to Mayor in 2003 seemed natural for a recent retiree who was making plenty of things happen through the Picton Rotary Club and it’s predestination such a staunch supporter of PECMH would enter the foray of municipal politics at precisely the right time.

Currently and for most of the last decade, this community’s relationship with QHC has been peaceful if not jovial most of the time. Admin have supported the new PECMH, there’s goals to accomplish and everyone seems to be reading from the same chapter.

This wasn’t always the case and it was a Finnegan and the supporters he led who tought the likes Bruce Laughton and Graham Scott and Georgina Thompson and Paul Huras the good ship PECMH was not a life boat for other floundering facilities under the QHC umbrella.

A former kiln operator prior to moving to upper management at LOC, Finnegan was more than ready to embrace the fire of the board room when he stood up at QHC  meetings and calmly explained what was before the organization would punish the healthcare needs of the residents of Prince Edward County, the people who elected him to oversee matters at the table in Belleville. That battle, led by Leo Finnegan, the Lionhearted Mayor from Prince Edward County would be won and a new PECMH with ER services, a critical mass of beds, etc will stand as the proof.

If there’s justice in this world, Finnegan will be front and centre when the ribbon is cut on the new hospital. If he can’t be there, he can rest well knowing that all of us who were present and documented the drive to keep PECMH alive and intact will not soon forget who led the charge. 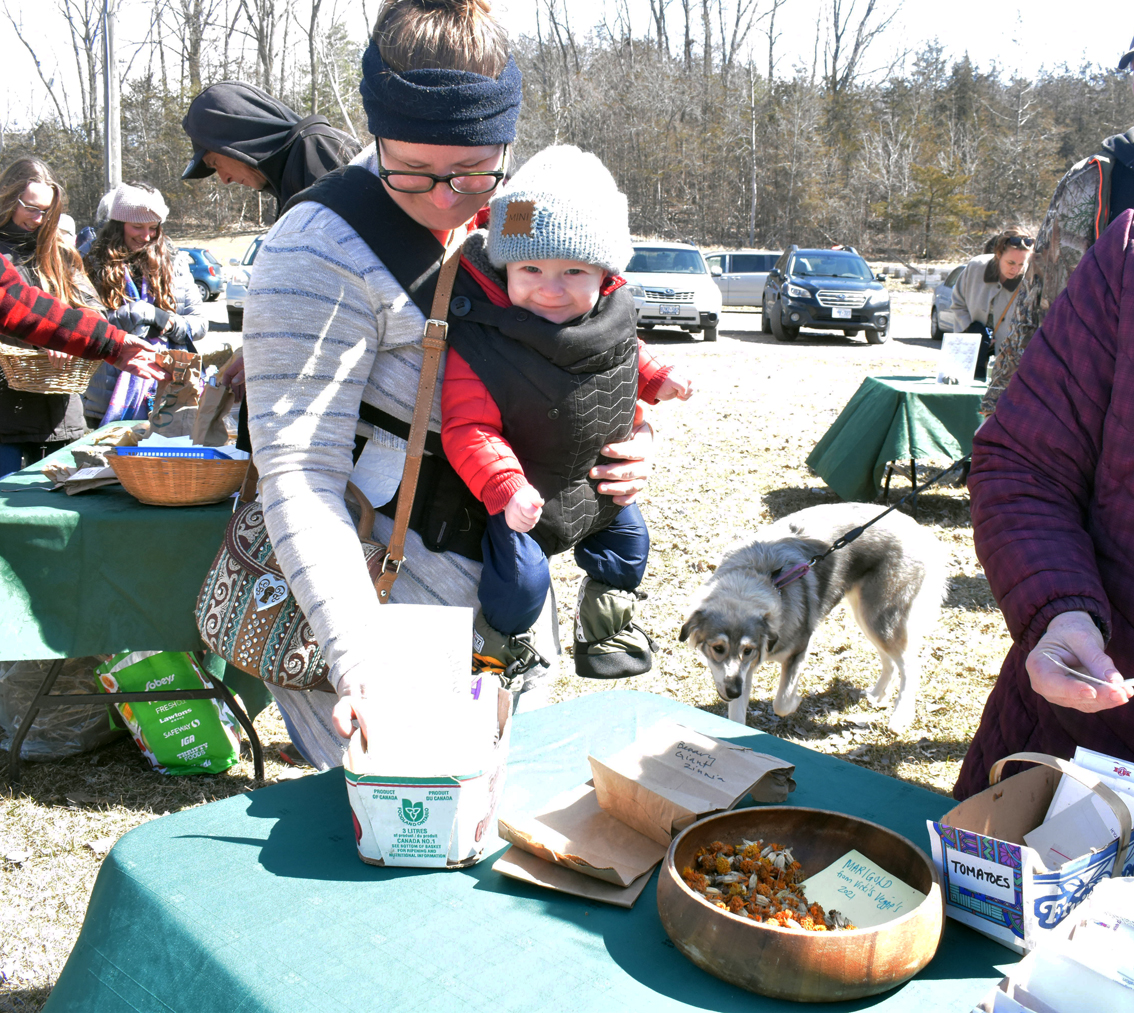 A SEEDY SATURDAY IN THE PARK Walter Dykstra, 8 months, was having a fun time with a photographer while his monther Taylor checked out the offerings at a seed exchange hosted at Benson Park this weekend. (Jason Parks/Gazette Staff)