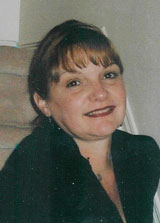 Entered into rest after a short battle at Hospice Prince Edward, Picton on Wednesday, April 06, 2022, Mona Lee Greenberg (nee Green, formerly Snider) died at the age of 68.  She was the daughter of Sarah Green (nee Walmsley) of Picton and the late Ronald Green.  Mona Lee was the loving wife of Jack.  She was the dearest mother of Karrianne Klein (Dan) of Ottawa, Brandt Snider (Ashley) of New Hampshire and Ian Snider of North Carolina.  Mona Lee will be sadly missed by all of her grandchildren.  She is survived by her brothers James, Danny, and Paul and her sister Holly Seymour and will be fondly remembered by her nieces and nephews.  Mrs. Greenberg is resting at the Rushnell Funeral Home – Picton Chapel, 33 Main Street West, Picton (613-476-2450) for visitation on Wednesday from 2-4 p.m.  Funeral Service from Gilead Fellowship, Downes Avenue, Picton on Thursday, April 14, 2022 at 11 a.m. with Pastor Dennis Pringle officiating. Interment Cherry Valley Cemetery.  If desired, donations to Hospice Prince Edward would be appreciated by the family.  Online condolences at www.rushnellfamilyservices.com