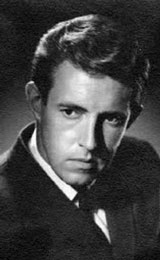 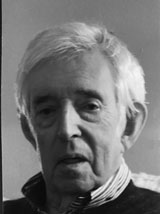 Wynne Thomas passed away Friday, April 8, 2022 in Picton, Prince Edward County, Ontario, having lived almost 95 years. He was born in Blaengarw, Wales on September 24, 1927 to Llewellyn and Florence Thomas, but spent most of his young life in Caersws, Wales. He had two siblings; his sister, Doris, who died before he was born, and his elder brother, who died in the early 1950’s, as did his parents. Wynne was an exceptional student in his younger years, but World War II intervened and he never pursued a post-secondary education. Instead, he joined the Royal Air Force, albeit not soon enough to actually engage in aerial combat. Nevertheless, he did learn to fly, a passion which he followed for most of his adult life. While in the RAF, he was stationed in Gibraltar and later in Paris, where between flights he honed his intellectual and athletic skills playing chess, billiards, ping pong and the occasional game of rugby, amongst other youthful pursuits. Following demobilization, Wynne began his career in journalism, first in small weekly Welsh newspapers and then in a Cardiff daily. But upon being denied a position in one of Britain’s most prestigious newspapers, he decided to seek his future in North America, arriving in Montreal around 1960 virtually penniless. In order to make ends meet he took a job as night watchman on the docks, but before long he found employment in the publicity department of Canadian Pacific Railway. Wynne progressed and following work at the AC Neilson Company in Toronto, took a position as editor of a new magazine called Stimulus.  Wynne had several outside interests while in Toronto, foremost of which was flying gliders.  He joined a club near Rockton, Ontario, and was proficient enough to become one of Canada’s first certified gliding instructors. He was in his element either soaring or flying long distances. Wynne was also an avid art collector and refurbished antique clocks and regulators as well as antique barograph barometers (the later inspired no doubt by his aviator’s concern about upcoming weather). He also took up bird watching. It was while in Toronto that he hired Barbara Moon, an accomplished free-lance journalist, to do an article for his magazine. They soon found that they were soul mates, sharing many interests, Together they could certainly be counted amongst the social and literary elite of the city. They married in 1968 and began life together in a small apartment just east of the Beaches’ neighbourhood. They then bought a lovely home in Thornhill. Their final home in Toronto was a house overlooking the Scarborough Bluffs where they developed an itch for home remodeling, an itch that persisted for many years to come. Around the time of his marriage, Wynne accepted a position as director of communications for Imperial Oil, being responsible for the publication of their corporate review and annual reports and undertaking other tasks such as drafting speeches for senior management. He worked there for 22 years, with distinction. Upon their retirement in the late 1990’s, Wynne and Barbara purchased a farm at Point Petre, Prince Edward County, and then undertook a major renovation of the farmhouse. Once completed, they set upon becoming an integral part of the County, making many friends. They joined other enthusiasts in promoting the cinema and attended or hosted social events, among which was a smoked salmon soiree at the farm. Wynne became a member of the ‘so called’ Shadow Cabinet, a group which broadened their interest and satisfied their curiosity by arranging tours of local enterprises, followed by a good meal in one of the County’s  fine restaurants. Barbara and Wynne also supported the artistic community by investing in the works of various local artists.  Simultaneously, they continued their professional careers, forming Editors at Large to undertake writing and editing tasks on a free-lance basis. In about 2007, they sold the farm and moved into Picton, where, not surprisingly, they remodelled a house overlooking the harbour. However, before the renovations were completed in 2009, Barbara contracted viral encephalitis and soon after, died. Wynne, of course, was devastated. Nevertheless, he persevered and continued to be a pillar of the community. His final home was a nice bungalow in Picton, where he enjoyed socializing with his friends, reading books, magazines and newspapers, and being surrounded by fine art and antiques. Besides being an interesting man, Wynne was intelligent, well read and urbane. He could carry a conversation easily, with wit and charm, and had opinions on almost any issue or event.  It’s fair to say though, that he did not suffer fools lightly. In the end, he simply succumbed to old age and died in Picton Hospital. He is survived in Canada by two nephews Graham and Scott Murray and their families, as well as relatives in Wales and elsewhere. The family would like to thank the care givers who helped Wynne maintain an independent lifestyle over the last few years, in particular Cindy Pilon. It would also like to thank John Clarke for acting as Wynne’s Power of Attorney during the difficult months before his death. Finally it would like to thank Peta Hall, a dear friend of Wynne’s who was able to comfort him during his final hours.  Mr. Thomas is resting at the Rushnell Funeral Home – Picton Chapel, 33 Main Street West, Picton (613-476-2450).  The Memorial Service will be held in the Chapel on Thursday, April 21, 2022 at 2 p.m. with visitation for 1 hour prior to the Service.  Rev. Fran Langlois to officiate. His ashes will be interred beside those of his wife Barbara and her family in the Victoria Lawn Cemetery, St. Catharines, Ontario, at a date to be determined. In lieu of flowers, donations may be made to the charity of the donor’s choice. Online condolence and to share memories of Wynne, please visit: www.rushnellfamilyservices.com