Earlier this month marked four years since a semi-trailer going approximately 100 km/h struck the coach bus carrying members of the Humboldt Broncos junior hockey team. Sixteen people on the team bus were killed as a result, another 13 injured.

Naturally the tragedy made headlines coast-to-coast as it resonated with so many people. Being a hockey-loving nation, the connection to a hockey team rocked by tragedy was a natural one. But even for those who don’t follow the sport, the notion that so many lives, most of them under the age of 20, altered in the blink of an eye is enough to hit home to just about anyone. Four years later there are still so many questions that haven’t been answered. Why did Jaskirat Singh Sidhu, the driver of the semi-truck, not yield the right of way at intersection of Highway 35 and 335 on that April afternoon?

By all accounts it was a clear, sunny spring evening with no glaring sun pointed in his direction. Ultimately Sidhu was found to be completely at fault and was sentenced to eight years in prison. The case was in the news recently as Sidhu has appealed to the Canadian Border Services Agency asking to remain in Canada following his sentence.

The appeal was necessary because Canadian law dictates anyone with a criminal conviction that carries a sentence of more than six months makes a permanent resident ineligible to stay in the country. As an immigrant from India, he’s currently looking at deportation once his sentence is up-and continues to face that possibility as his first appeal was denied.

The general consensus seems to be this accident was just that-an accident with no malice on the part of the driver. At the same time his mistake cost 16 innocent people their lives, injured 13 others and caused untold trauma to anyone on the bus and their families. There’s certainly a case to be made for both sides as to whether or not the additional punishment of deportation is fitting. For what it’s worth this reporter thinks he should be allowed to stay once he serves his time but we can’t say we’d blame the family members of the victims of the accident who object either.

For all the tragedy that came from the April 6 crash there was at least one positive note-that being the story of Logan Boulet. His selfless act of registering to be an organ donor would wind up saving the lives of six other people. That was just the immediate effect of his actions as an untold number of people have been saved as his story let to an uptick in Canadians registering to be a donor. This being Be A Donor month across the country it only seemed fitting to highlight the positive side of an otherwise devastating story.

Though his life and several of his Bronco teammates and coaches were cut short, the impact he had on the lives he’s saved will serve to keep his memory alive. 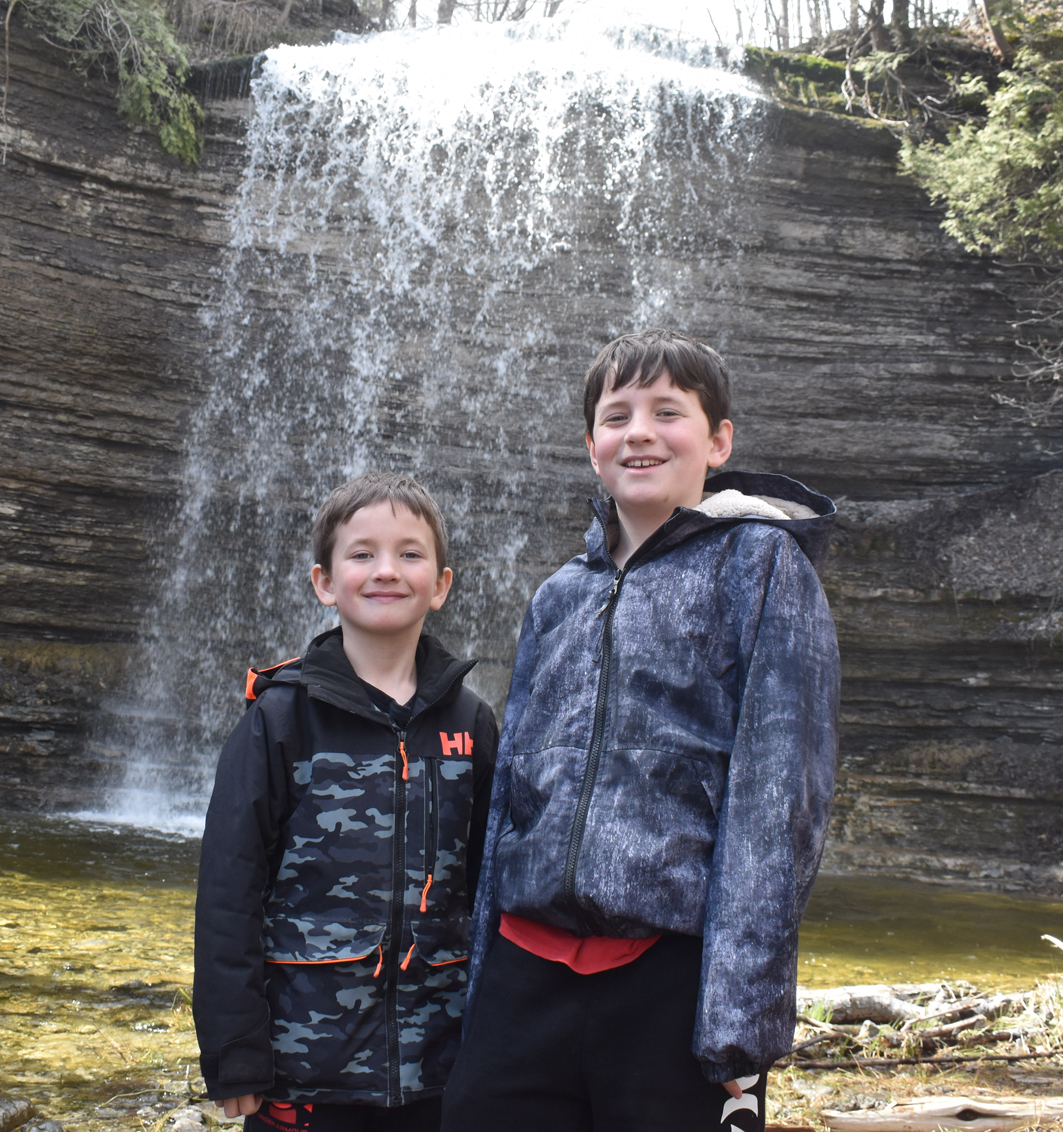 Welcome Back! Much to the delight of Duke and Charlie Snepts, the Rotary Club of Picton’s Waterfalls Tour returned to the Easter weekend slate of activities for the first time in two years. In total, the club accepted over $14,000 in donations that will be split between Ukrainian humanitarian efforts and the Prince Edward County Memorial Hospital Foundation. The club again wishes to thank land owners at Jackson’s Falls and Cape Vesey for their continued cooperation and generosity in sharing their respective properties. (Jason Parks/Gazette Staff)