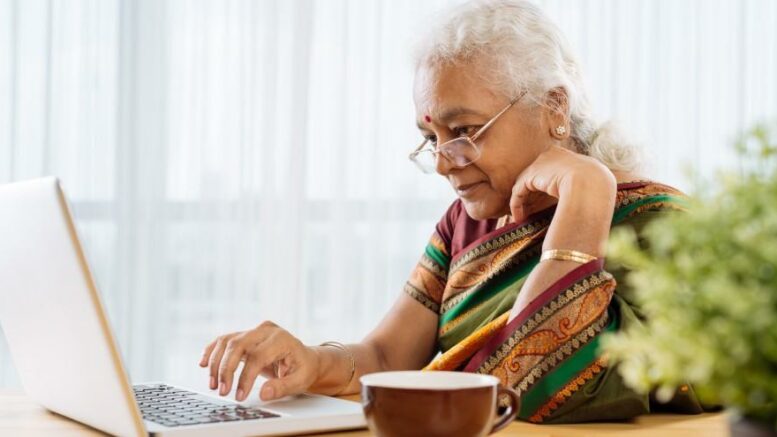 Local Rotarians received a look into the difficult world for loved ones dealing with a partner,  parent or sibling’s dementia or Alzheimer’s disease.

Jennifer Loner, Public Education Coordinator for the Alzheimer’s Society, provided an informative presentation to Rotary last week about the different dementias and dementia-friendly communities. A dementia friendly community is a place where people living with dementia and their care partners are welcome, included and supported. They benefit from a better understanding of what dementia is.

“We often hear alzheimer’s and that is the name of our society but there are many different types of dementia, alzheimer’s is the one disease,” Loner said to Rotary. “Dementia friendly communities, which the Alzheimer’s Society in Ontario has produced in the last four years to really help people understand how to support those living with dementia and their care givers so that they can stay in the community more. As we know there is a housing crisis for everybody but as dementia rises there is also not going to be enough care beds for people so were going to have to learn to be a little more supportive as communities.”

Dementia affects how people express themselves and understand what is being communicated to them. For the person living with dementia, maintaining relationships can be a complex process, especially when verbal communication is affected.  The different forms of dementia include alzheimer’s, vascular dementia, lewy body dementia and frontotemporal dementia.

“With alzheimer’s and dementia, it takes a person seven times longer even at the beginning of getting alzheimer’s dementia to process, so thats about 20 seconds longer to process what your saying, and that’s if one person is talking not a whole bunch of people,” stated Loner. “Now 20 seconds doesn’t sound long, but it is. So when you do notice, if you do have somebody with alzheimer’s and dementia, the best thing to do is make it so that only one person is talking, that you slow your talking down and also make sure you give them time to respond.”

The following changes are common:

•Creating new words for ones that are forgotten.

•Repeating a word or phrase (perseveration).

•Cursing or using other offensive language.

•Reverting to the language that was first learned and

As said on the Alzheimer’s Society’s website, You may find that the person living with dementia has good days and bad days. This can depend on the person’s quality and amount of sleep, levels of stress and other medical conditions and needs that may require day-to-day care. This can result in conversations that feel onerous and frustrating, for both you and the person living with dementia.

“They have problems with language,” Loner said. “They forget simple words or use wrong words, so maybe somebody starts mixing up like they say I want a spoon, but what they really is a fork but they’re calling it a spoon so you give them the spoon and they get angry and upset and say thats not what I wanted, I wanted a spoon, thats because they’re mixing up things they may call a cat a dog, its not really the same as not knowing your kids names and saying them all through. Thats not necessarily dementia, thats just a normal part of aging and being busy and so many people in our world, it would be if they can’t remember the right word for the right thing. They will also have difficulty understanding or following conversation. So this might be why their mood changes, if they come to a group they can’t follow the conversation anymore they get frustrated, they get angry, that could be why.”

Believe that communication is possible at all stages of dementia: What a person says or does and how a person behaves has meaning. Never lose sight of the person and what they are trying to tell you. The key to positive conversations with people living with dementia is respectful, sensitive and consistent communication.

“With the memory part sometime we’ll see people and they might seem a little confused but then when we go to talk to them at church or where ever they are able to do those social skills,” said Loner. “We call those cocktail skills, so where the music part of our brain is also where those skills are to make just basic conversation and makes a person seem okay.” For more information on the Alzheimer’s Society please visit https://alzheimer.ca/en