It was the late Pierre Trudeau who once alluded to living next to the United States was akin to sleeping with an elephant. No matter how congenial the relationship, every twitch and grunt would be felt by the more miniscule bedfellow.

Another quote your humble scribe recalls from more recent history was some sage words from an old mentor in the form of former Picton Gazette Editor Ross Lees.

It was the observation of that now happily retired scrivener that Canada generally seems to trail our friends south of the 49th parallel in government and governance by anywhere from 12-24 months.

Looking back on recent election cycles, the Liberal-Conservative to-and-fro has often been reciprocal with the Democrat-Republican pattern.

So it’s in that vein we’re left to ponder what these earmarks will mean for women’s health and reproductive rights in Canada if the rumblings from the Supreme Court of the United States are true. A leaked document penned by Justice Samuel Alito that was confirmed to be authentic Tuesday indicates SCOTUS will be looking to overturn the landmark Roe v Wade decision in which the Court ruled in 1973 the Constitution of the United States protects a pregnant woman’s liberty to choose to have an abortion without excessive government restriction.

In Canada, the Supreme Court decision in the R v Morgantaler case in 1988 led to the finding the abortion provision in the Criminal Code of Canada was unconstitutional as it violated women’s rights under Section 7 of the Canadian Charter of Rights and Freedoms to security of the person.

In both countries, the religious right has been protesting these decisions for decades while the majority of voters tend to see the ability for a pregnant woman to have control of her health and body and seek an abortion if she so chooses as ‘settled law’. We would tend to agree women should be able to seek safe abortions if she so choses and the government should never get in between a woman’s right to control her own health as well as her security as a person under the Canadian Charter of Rights and Freedoms.

But with the United States about to revisit the most delicate of topics that even five years ago seemed to be firmly in the rearview, the conversation around abortions and the reproductive rights and health freedoms of women in Canada needs to be reignited locally, provincially and federally.

It was PC MPP Sam Oosterhoff who pledged at an anti-abortion rally at Queen’s Park in 2019 to make abortion “unthinkable in our lifetime.”

The parliamentary assistant to the Minister of Education likely hasn’t backed off on that view and this isn’t to paint all of Ontario’s Progressive Conservatives with the same brush.

However, in defending the right to hold differing views including those of MPP Oosterhoff, Premier Doug Ford said the party is a big tent. Ford said he was pro-choice and actually drew the ire of anti-abortion groups earlier this year.

Of course, Justices Brett Kavanaugh and Amy Coney Barrett considered Roe v Wade as settled law during their confirmation hearings and now those legal leanings appear everything but settled.

Instead of waiting for the dust to settle down south, the issue of women’s rights to control their reproductive health should be an issue in the upcoming provincial election and MP’s should be pressed on their views.

Because everything is settled. Until the day it isn’t. 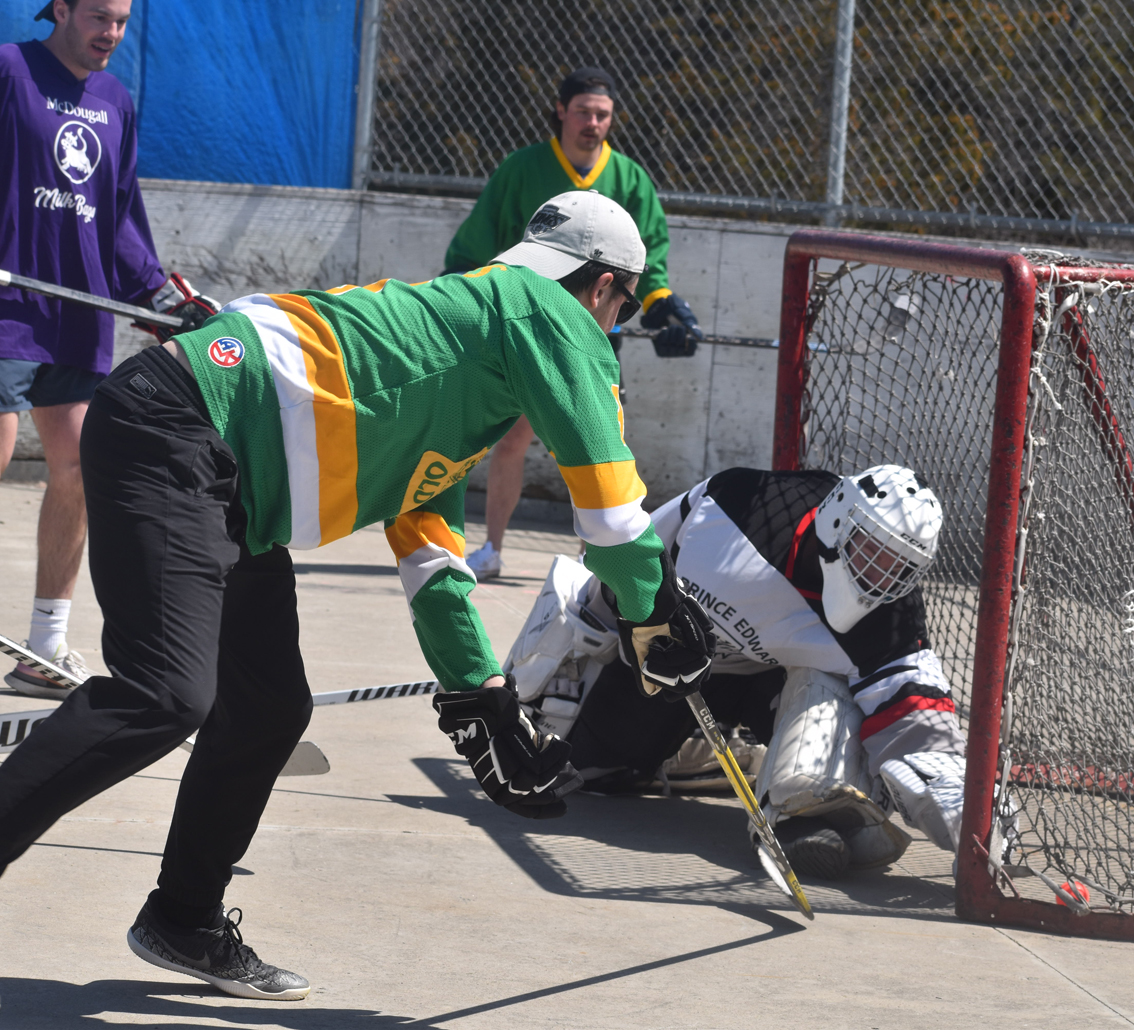 JUST OVER THE LINE McDougall’s goaltender Steven Sedore reaches back in vain for a successful volley of the stick of a member of the Wellington Selects at the 2022 Heritage Classic Ball Hockey Tournament Saturday in Demorestville. The event drew upwards of 100 players and was held in remembrance of the late Jamie Ferguson. (Jason Parks/Gazette Staff)