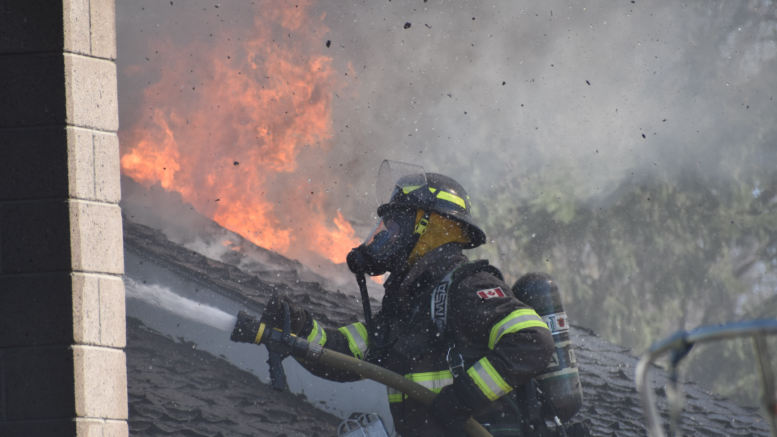 Members of County of Prince Edward Fire and Rescue were called to 55 Sandy Hook Road just west of Picton on Sunday afternoon to extinguish a house fire.

Fire Chief Chad Brown confirmed to the Gazette alert neighbours noted flames and smoke coming from the residence and called 911 just prior to 4 p.m. 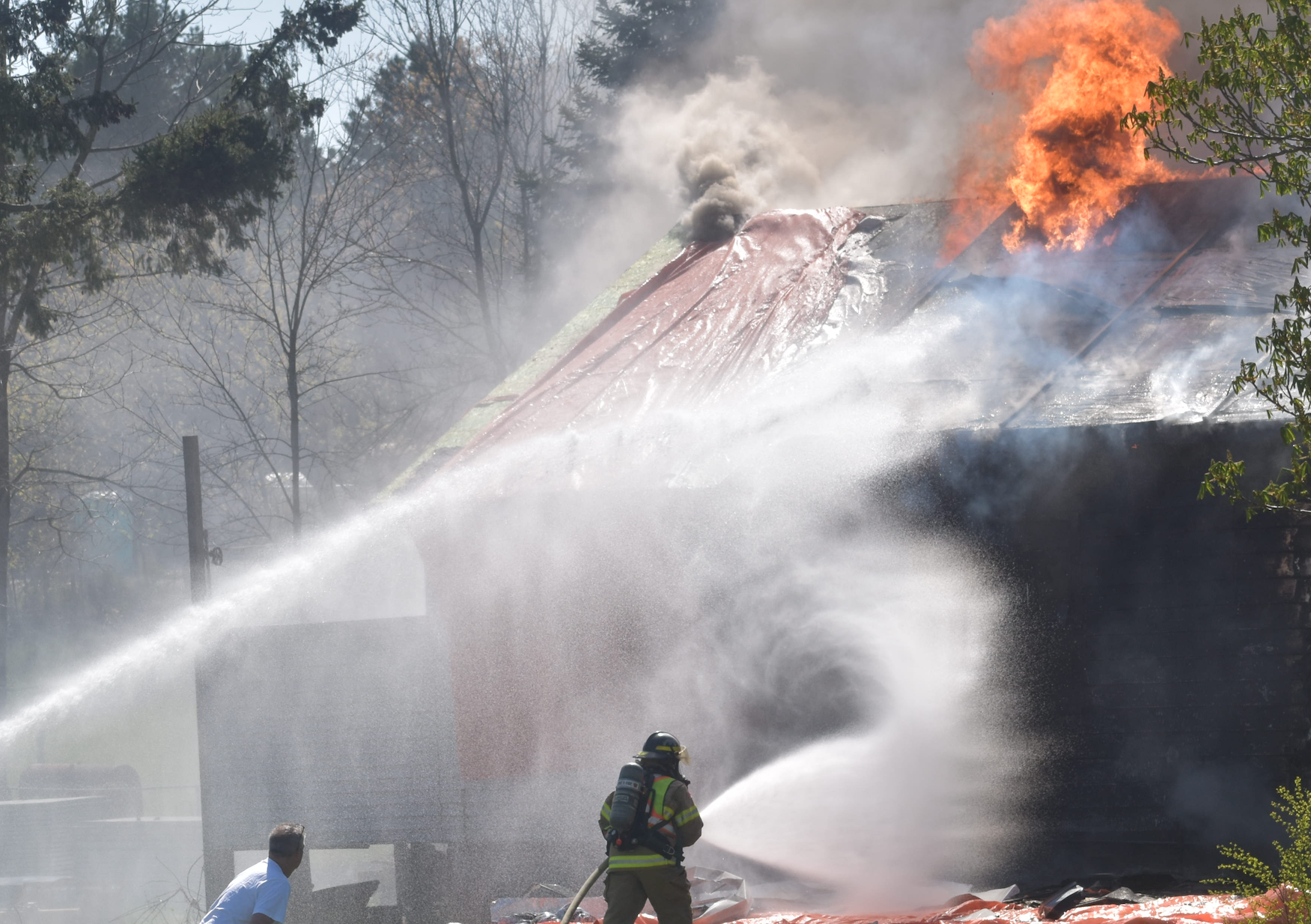 “Fire crews arrived to an intense fire that quickly spread through the roof,” Brown said.  “Fire Crews took a defensive position and more than 20 firefighters extinguished the fire by 6 p.m.”

Brown reported nobody was home at the time of the fire and there were no injuries.  The damages are estimated at $300,000 and the incident remains under investigation.

Brown added PECFR reminds everyone to ensure they have working smoke and carbon monoxide alarms in their homes. 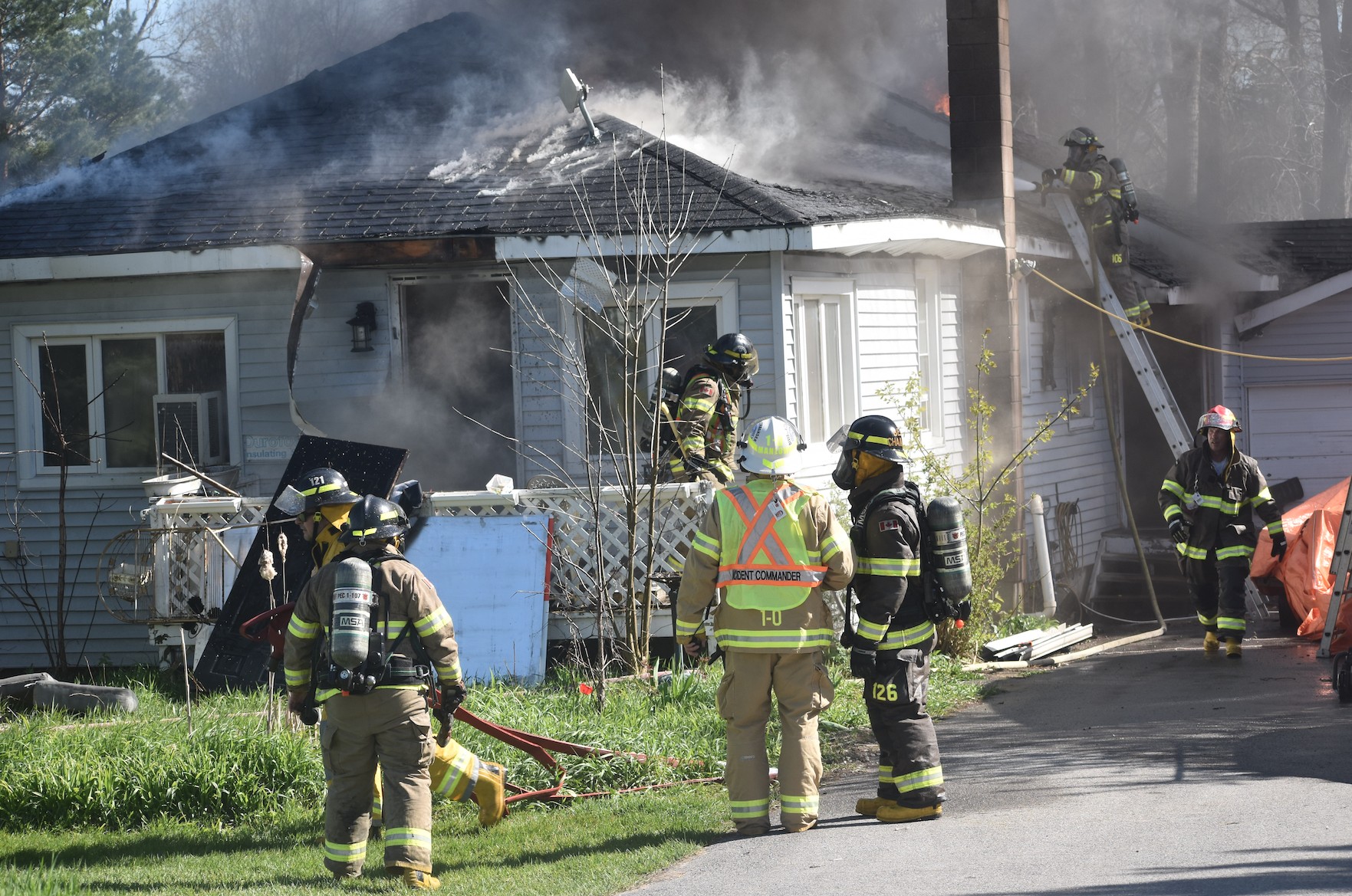 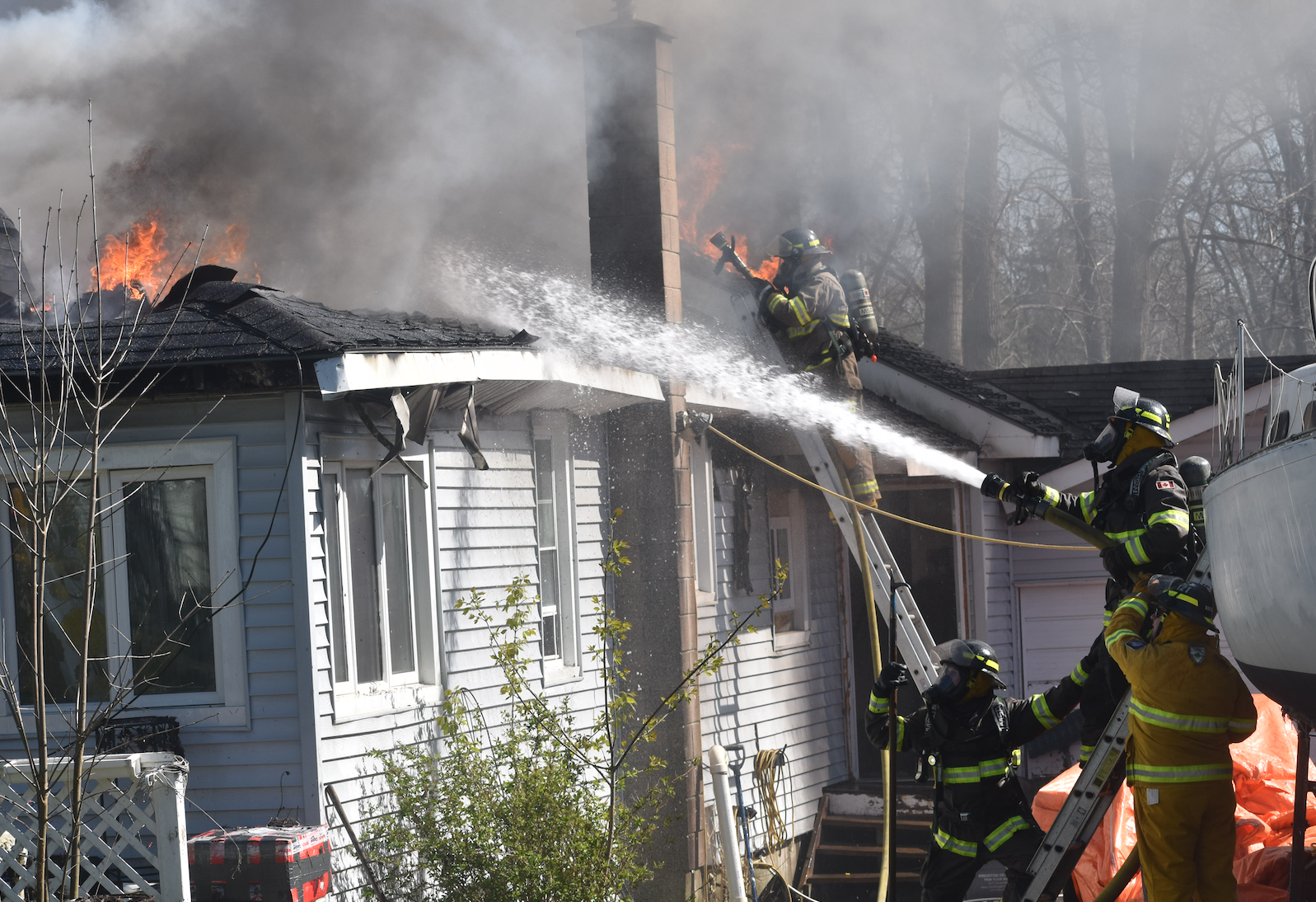