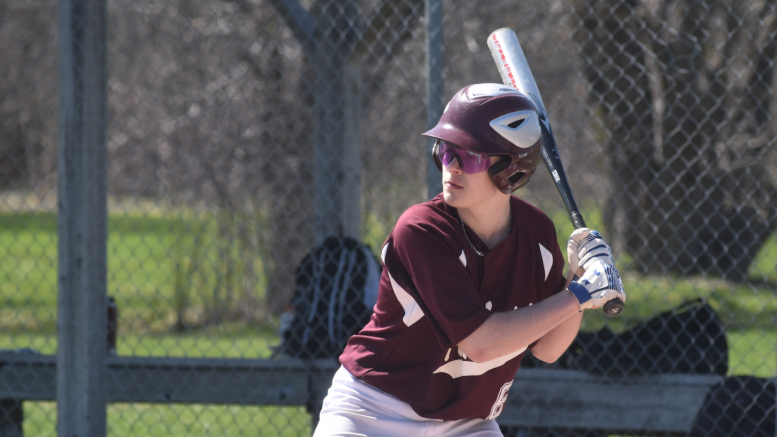 It wasn’t the dream ending the PECI Panthers had envisioned when they started loosening their arms and swinging bats in early April.

The Panthers made it to the 2022 Bay of Quinte finals but the Cats lost their claws along the way and were send packing by the Eastside Ravens on Wednesday afternoon in Melrose.

The Panthers baseball team started off at Bay Of Quinte with a 10-3 win over the Bayside Red Devils. Pitchers Ben Smith and Kayden Insley combined to give up just three runs over seven innings. Panthers Coach Matt Ronan said PECI’s arms in their opener were as advertised.

“I was impressed with our pitching. Ben Smith got out of a bases loaded jam in the first inning and only gave up one run, he then went on to pitch three shutout innings after. Kayden Insley also pitched amazing afterwards and threw three incredible innings,” Ronan said.

PECI’s opening win set the stage for a rematch against the undefeated Ravens in the finals where the Panthers couldn’t quite get it right in the field and costly errors inflated a 13-2 score.

Aiden Reddick started the game for the Panthers and was relieved by Jack Martin and Isaac Krentz.

All three pitchers pitched well but had some unfortunate defensive miscues behind them. “We played Eastside two weeks ago and competed with them. We lost 2-0 and both runs they scored were unearned. The majority of their team played baseball during the COVID lockdown while we only had two players playing. Our defense wasn’t the sharpest and we made a lot of errors that ended up losing us the game in the end. Our pitching was very solid again in this one, Aiden Reddick, Jack Martin and Isaac Krentz all did phenomenal,” the skipper noted.

There were three graduating players that made a huge impact on and off the field for the Panthers this year. Kacey Cocklin, Trevor Jardine and Aiden Reddick all played their final games as a Panther on Wednesday and all three players have been with the team since Grade 9 making huge strides in their development since then.

Reddick was the team captain and led the team from the batter’s box  and the hill this year.

Jardine would always take a walk if need be and pitched a good inning against Nicholson and Cocklin was a great player slashing over .300 this year, pitching to a 0.00 ERA and providing key leadership.

“Kace, Red and Trev were such great players and teammates. They all had a lot of resilience even with the three boys having their glory days ripped from them due to COVID,” Ronan said. “Extracurriculars are so vital and some of the most fun you have as a student athlete and I wish the three the best of luck moving forward.”

Ronan noted Jardine’s development over the last four seasons and called Reddick “one of the best ever players to come through the PECI system.”

The skipper said Cocklin made a positive impact and did a little bit of everything for the Cats including a strong pitching outing against Nicholson.

“All three players are etched in Panther history and will be remembered and cemented in the legacy of PECI baseball forever.

The Panthers squad will be back and better tin 2023 with having the majority of their team back next year as well as the same great coaches in Ronan, Dale Larson and Adam Smith.

All three staff members brought something different to the table and the experience the head coach was something that helped build the squad in a hurry through a short season.

“I was really really impressed with our squad this year, a lot of guys who hadn’t played ball in a long time came in and did a really nice job when we needed it most. We will certainly miss the guys that will be graduating this year, they meant so much to the young team with their leadership and hard work,” Ronan added. Next year we are gonna look for Jack Martin, Ben Smith and Liam Rice to be our leaders and bring us home the gold. We also will look at Mitch Sills as someone to be relied on in key situations next year. Two young players -Ben Sykes and Jake Dewey didn’t play a whole lot this season but they improved and they would have started on five or six Panther teams in the past. We will be a good team next year, Panther baseball has never had as bright of a future.”