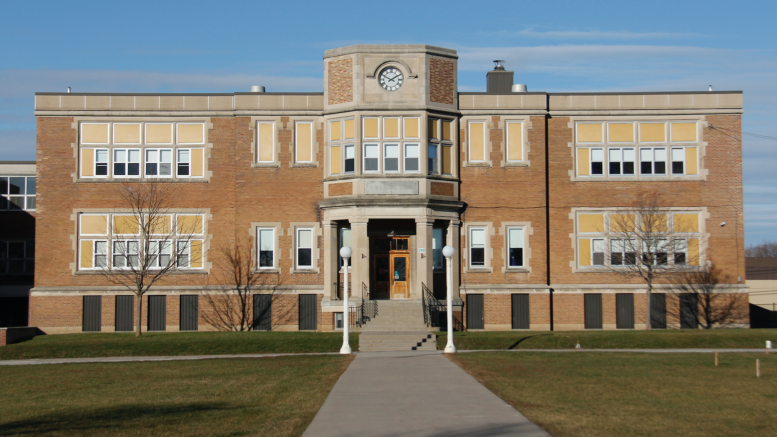 The centennial anniversary of Prince Edward County’s most venerable elementary school will be celebrated later next month.

As CML Snider Elementary School in Wellington  reaches 100 years of continuous operation, the institution will be hosting an open house celebration mid June.

The 100 year old school, formerly known as Wellington Consolidated when it first opened back in 1922 in place of all the western Prince Edward County one room school houses, was the first school in Ontario to have Grades 1-12 in one building.

“There’s some cool things about the school as I learn more about the history of CML,” Tina Jones, principal at CML Snider told The Gazette. “So I know almost everyone got excited about the first K-12 school at PECI, what’s interesting is that originally this was called the Wellington Consolidated School and it actually served students Grades 1-12 so it was the first in Ontario to do that. We all thought we were so progressive with PECI’s K-12 school and I was like oh hey look, we’ve done this before.”

The event will take place at CML Snider on June 11 from 1-4 p.m. The school will have a silent auction, tours led by staff and students, as well as student displays in the classrooms and on bulletin boards to represent the decades. CML is also working with the museum to have some historical artifacts and displays from the early 1900’s.

The school is also looking for anyone with stories or items from their time at CML Snider that they wouldn’t mind sharing for the event.

“If anyone has any memorabilia that they would be willing to share with us, if they want to make a donation to the silent auction, or to share a story we would love to hear from you,” Jones said.

To contact the school for more information please call 613-399-3474 or email cmlsnider@hpedsb.on.ca