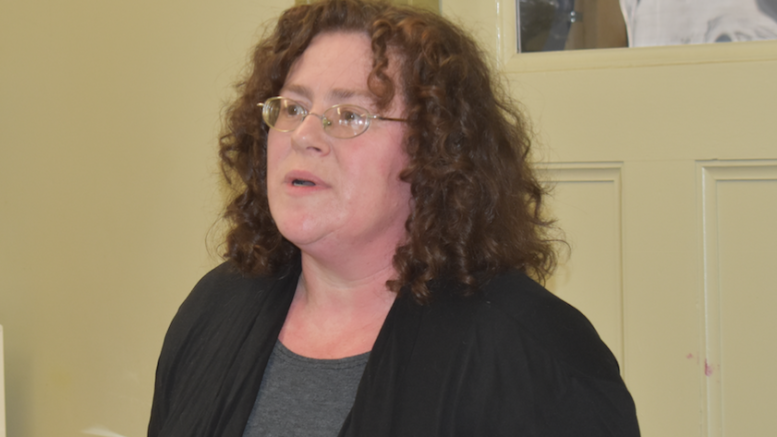 Prince Edward County Committee of the Whole (COTW) approved a one year rideshare pilot program at their latest meeting after receiving a report from the County’s Economic Development Officer outlining a proposed service agreement between the municipality and Uride that would see $50,000 of tourism related grant money funneled into this project.  COTW also decided to increase taxi rates by ten per cent across the board to aid with rising operational costs.

Fielding questions regarding the report including the taxi fare hike-which staff had suggested be $5.00 across the board-was the Director of Community Services, Programs, and Initiatives, Emily Cowan.

Councillor Kate MacNaughton expressed concern at the proposed taxi fare hike and sought clarification as to whether the raise in cost would apply to all fares or be determined based on distance.

“I’m concerned about the proposed increase of $5 dollars to all fares, and I presume that means all fares,” she said. “I’d like to clarify this.” Cowan explained the fare jump has been on the table for some time and seems doable, given the newly instated County Transit.

“It is a jump, for sure, and is something we’ve been deliberating for some time. When these fares and bylaw were set, there was no public transit,” Cowan explained. “I’m assuming we’re talking about this in terms of affordability. People who are on Ontario Works or ODSP do get subsidies for taxi rides to get things they need, to get kids to school, daycare, etc. That is a provision, but there’s a fine balance between having taxi companies that can operate at all and being ale to afford the services they provide.”

Cowan also noted the municipality is behind on increasing taxi fares.

MacNaughton contested the increase, pointing out it places undue burden on those who need taxi services the most.

“You’re saying ‘it’s ok’ because ODSP will support people. I would say, we’re not there yet,” MacNaughton argued. “We did hike taxi fares across the board two years ago. We have had one jump. I can’t fathom the increase in cost being more than 80 cents, but what we’re putting onto the users, when the cost of a trip from the heights to the grocery store is already $10.00 one way, will then be $30.00 for them to go there and back. We’re eliminating an option that wasn’t all that affordable to begin with.”

Apart from the burden of rate hikes being hoisted on those who can least afford it, MacNaughton took issue with relying on County Transit.

“Transit is really not there yet. If you go into the transit route mapper to understand how to go to No Frills form the heights after work at 6 pm, it tells you that will be a 42 minute walk,” decried MacNaughton. “There are many who might be on ODSP who could get support, but there are an awful lot of people who make minimum wage, which is $30,000 per year.”

Councillor Bill McMahon inquired as to whether the municipality would be auditing the drivers associated with Uride, or if they would be self-policing.

“I understand Uride will look after drivers submitting criminal background checks. Is the County involved in auditing or are Uride self policing?” he asked.

Cowan confirmed the municipality will be responsible for making sure Uride has completed criminal background checks on all drivers.

“We would certainly be receiving all information and making sure all the drivers have had these checks done. It’s just they’re undertaking the actual work of getting that information,” said Cowan.

Ultimately, COTW passed an amended motion put forth by MacNaughton and seconded by Councillor St. Jean which will direct staff to increase taxi fares by 10 per cent and explore amendments regarding taxi fares, in recognition of rising operational costs. A report from staff is expected in July.