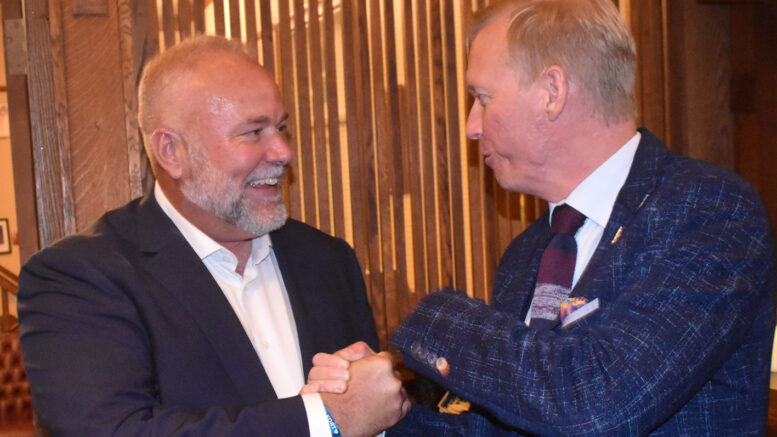 The Bay of Quinte riding is staying blue as voters in this area and across Ontario have given Premier Doug Ford a four year extension to the mandate of the province’s Progressive Conservative Party. Todd Smith, who traded in his microphone as a popular newscaster in 2011 to enter the world of provincial politics, won his fourth straight election cruising past second place challenger Alison Kelly who waived the New Democrat Party banner in the riding.

Overall, voting was down in 2022 over the last provincial election four years ago with a voter turn out of 45.62 per cent of eligible voters heading to the polls this year, a drop of nearly 23 per cent over the 2018 turnout of 58.98 per cent.

Despite lower turnout, Smith still managed to bust through the 20,000 vote mark with a total of 21,351, a margin of victory over Kelly’s 9,058 ballot count that equated to 12,293 votes. Liberal candidate Emilie Leneveu’s third place tally of 7,997 mirrored her party’s finish on the provincial front. The Green party’s Erica Charlton polled a distant fourth at 2,719 while Rob Collins (1,128) and Noah Wales (1,062) were non factors.

Barring a snap election, Ontario voters will go back to the polls June 4, 2026.